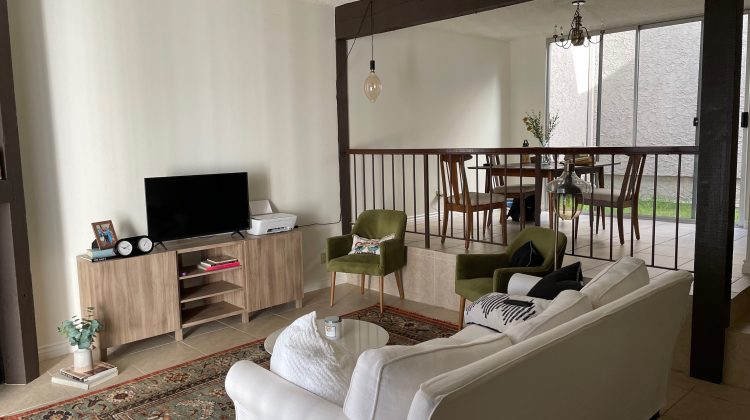 Each spring, Pepperdine students make the important choice of where they want to call home for the upcoming academic year.

Pepperdine’s Housing and Residence Life applications opened for the 2022-23 academic year Jan. 31. All first and second-year students must live on campus, per Pepperdine’s residency requirement, but rising juniors and seniors must decide between applying for on-campus housing or finding a place of their own.

HRL maxxed out on-campus residency for the 2021-22 school year, prioritizing first its lower-level students who applied in the spring. Students left on the waitlist over the summer were not assured on-campus accommodations — something Pepperdine hasn’t experienced since the construction of Seaside in 2018.

Gore said HRL does not anticipate having similar capacity issues this fall.

Housing selection will begin Feb. 17 with interest communities going first, then upperclassmen and underclassmen selection, according to the HRL website.

“Typically, that average increase is around 3%,” Gore said. “That’s been very consistent over many, many years. So generally speaking, all students across the nation could anticipate about a 3% increase every year on housing rates.”

“I really tried to advocate for the students,” Gore said. “We do need to increase rates — that’s known. But we also don’t want to increase rates too high where it becomes uneconomical for students, it forces upperclassmen students to live off campus.”

Pepperdine has not disclosed its housing or meal plan rates for the 2023 academic year yet, but plans to do so in the upcoming week, Gore said.

Pepperdine does not facilitate off-campus housing opportunities for students, Gore said. The University does offer some resources on its website regarding off-campus living and negotiated discounted rates at some local hotels.

Cost wise, the average monthly rate of renting in Malibu or Calabasas is cheaper than on campus.

A January survey of 35 Seaver students and 3 Seaver alumni found the average semesterly-rate for a shared room off campus is about $4,309 for rent.

Calamigos prices rooms from $1,450 for double-occupancy to $2,400 for single-occupancy, but each rate varies based on the house, lease length and occupancy numbers. Each student’s accommodation comes with a fully-furnished room, laundry services as well as access to the resort pool, gym and beach club, according to the Calamigos Living website.

Malibu Canyon Apartments and Avalon Apartments offer standard unfurnished units with leasing opportunities for 6, 8, 12 and 24 months, interviewed students said. A two-bedroom, two-bathroom apartment at MCAs and Avalon go for about $2,600 to $2,800 a month, according to survey students.

The Stinkies, Malibu Gardens and Malibu Villas are independently owned units, meaning each owner sets the rate and leasing agreement, according to student sources.

Students reported paying the least at Malibu Gardens of the Malibu locations, at about $3,300 for a two-bedroom, two-bathroom unit. The Stinkies, among its three types of apartment layouts, averaged $4,100 a unit and Malibu Villas, for three bedrooms and two and a half bathrooms, was reported at $3,600 a month.

Housing rates are largely incomparable for on versus off-campus accommodations due to the number of factors in each living situation — amenities, home owners’ association fees, utilities and parking costs vary greatly at each location.

One of the benefits of on-campus living, Gore said, is the community aspect. Students in residential housing live with peers and have student HRL leaders, Residential Advisors and Spiritual Life Advisors, which help create community.

“There’s a social component that is hard to put a dollar amount on, but it’s very different if you’re living off campus,” Gore said.

Gore said she encourages students to live on campus because of the unique experience offered as an undergraduate student.

“Of course, I’m an advocate for living on [campus],” Gore said. “So whenever I meet with students, I always tell them you have the rest of your life to be an adult […] You have four years to be a traditional college student and live in residential housing, so seize the opportunity.”

Sophomore Natalie Gordon signed a lease with three friends to live off campus at the Stinkies for the 2023 academic year.

Gordon said one of the reasons she chose off-campus housing was because there’s less rules.

“You can kind of just like, do whatever you want, have people over whenever you want,” Gordon said. “It’s not as supervised, which I kind of appreciate, especially when you’re trying to grow up.”

Gordon said her roommates and she lived in Stinkies during remote instruction in 2021, and after a positive first year together, they decided to recreate it for junior year. They’ll be living in a two-bedroom, two-and-a-half bathroom unit.

Cooper said she’s excited to live near and with her peers off campus, with several friends also renting condos at VP and others close by in the Stinkies. Cooper also lived off campus her first year, renting a place near Point Dume, and her experience living in Eastern Malibu affected her decision of where to live.

“Being up in Point Dume did impact my decision to look closer to campus, just because even whenever you’re not like going to classes, there’s kind of like a Pepperdine community already integrated into the apartments close to campus,” Cooper said. “And so it is kind of like an inconvenient to drive like 15 minutes.”

The condos at VP are independently owned and leased, which presented a challenge for Cooper and her roommates to secure the lease, she said, as they had to compete with other groups who wanted it as well.

“That was a little nerve-wracking,” Cooper said. “That was kind of my only prospects as far as housing.”

Cooper said cost was a factor in her decision, but the high prices near Pepperdine made it uneconomical wherever she chose to live.

“Malibu is just so insane with prices that it’s hard to really like, look at, like the amount that you as a group are paying per month and think that it’s actually fair, but then like the same thing on campus and off campus,” Cooper said.