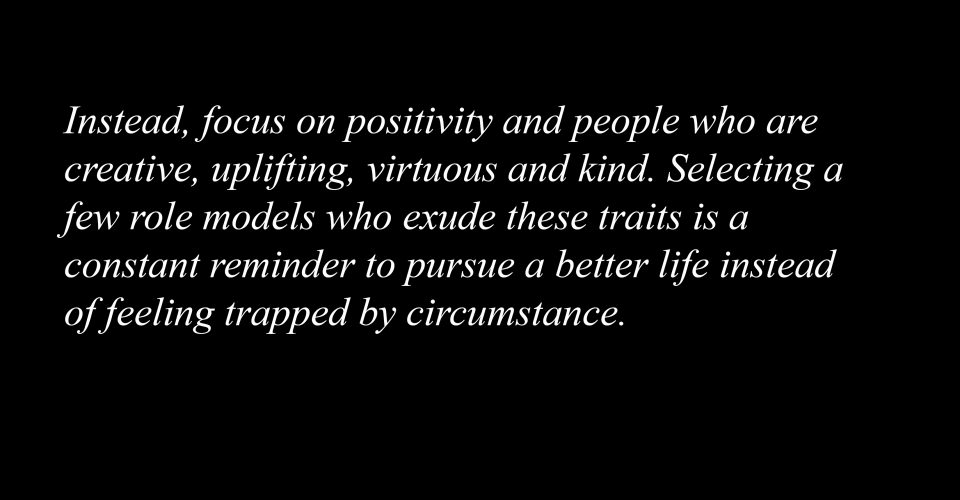 Kids are often told to model themselves after someone they admire, but the same advice should apply to people of all ages. Becoming an adult and having role models are not mutually exclusive. In fact, having role models is an essential part of every stage of life.

“Just because we’ve become adults doesn’t mean that we’re impervious to ethical influences, both good and bad” according to Susan Krauss Whitbourne’s article, “We All Need Role Models to Motivate and Inspire Us,” published Nov. 19, 2013 by Psychology Today. Everyone is still malleable, so influence through role models is still important.

It can become too easy to focus on negative people, to develop a defiant attitude instead of an inspired one. Being surrounded by negativity or only reading or hearing about unethical, apathetic people is an easy way to become uninspired. Instead, focus on positivity and people who are creative, uplifting, virtuous and kind. Selecting a few role models who exude these traits is a constant reminder to pursue a better life instead of feeling trapped by circumstance.

Role Models can be found at any stage of life. “We usually think of role models as those we admire and wish to emulate in our youth. I found mine as I approached 70 years of age,” wrote Mark Rubinstein in his article, “Finding a Role Model: It’s Never Too Late,” published May 7, 2013 by The Huffington Post. Admiring people who are hardworking, morally upright and passionate can help everyone to become a better version of themselves.

Role Models can come from anywhere — they don’t even have to be real people. From real-life heroes like Mother Teresa to fictional heroes like Superman, anyone who embodies desirous traits can be a role model. Sometimes fictional characters can be examples of strength and courage in a way that no one else can. Just because no one else is going to have to help Frodo take the ring to Mordor doesn’t mean Sam’s loyalty and valor can’t be imitated.

That being said, real-life role models are equally important. Sometimes the best role models are the unspoken heroes who don’t get talked about in the media. Parents, teachers, pastors and leaders can be excellent role models. The most important part of choosing a role model is finding specific traits that are modeled by that person.

Studies show that the best role model is one who is chosen because they have already achieved a particular goal. This is most evident in health, as role models who have already achieved fitness goals are more likely to be persuasive than those who haven’t. Health role models are most effective when they “fit the type of regulatory frame of the message,” according to the study “When the Model Fits the Frame: The Impact of Regulatory Fit on Efficacy Appraisal and Persuasion in Health Communication,” published 2015 by the Personality and Social Psychology Bulletin.

It’s also important to remember that while being inspired by someone is important, no one is perfect. The idea that a role model must never fail is a simplistic approach to finding role models. Good traits should be applauded, but negative traits should not be ignored. When a role model fails, it doesn’t mean that they are no longer admirable, it’s just a reminder that everyone is human.

Finding role models is invaluable, so find someone who is inspiring and learn from their example. 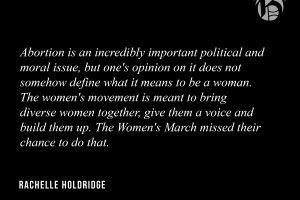 Graphic by Nate BartonIf there is one lesson that Americans learned in 2016, it's that we have failed at building political...
Copyright 2013 Jupiter Premium Magazine Theme
Back to top