Don’t Worry, I wasn’t Thrilled About NSO Either 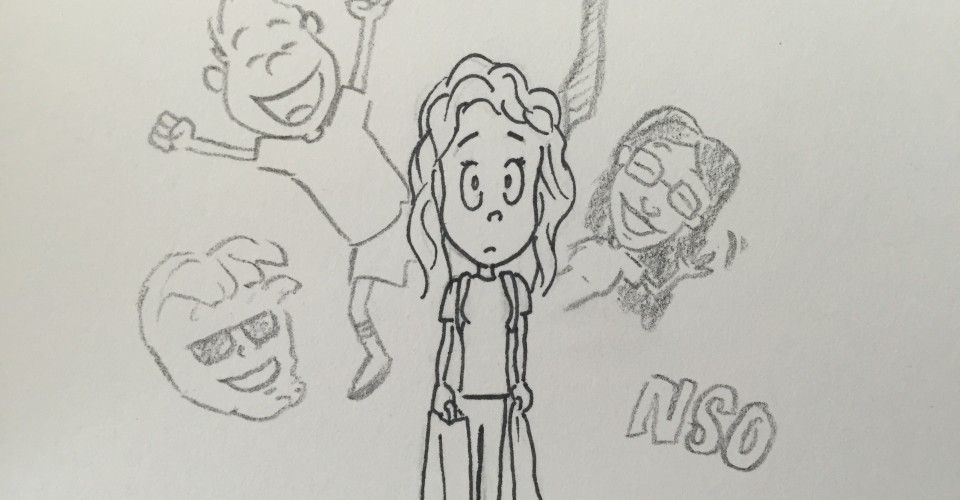 Three years ago, overenthusiastic volunteers in neon orange screamed, “Welcome to Pepperdine!” as my polite father smiled awkwardly in the car rental that was 80 bucks cheaper but not nearly spacious enough for a family of five. The sea of orange is a shade so striking that lawmakers in the 1970s reserved it exclusively for prisoners. I guiltily wonder if it is socially acceptable to toss Xanax into the mouths of these volunteers mid-sentence.

Most importantly, I realize that I am alone and that I have just entered a rat race with a couple hundred other lonely individuals on who could make the most friends in the shortest amount of time.

What I want to tell the 18-year-old girl who spent 15 minutes applying false lashes for her student ID photo in the ridiculously small car is that none of the NSO events are mandatory. I would tell her that instead of telling her My Tie date that she had torn her ACL, she should be honest and say that she simply does not want to dance with someone a foot taller and 20 IQ points away, or dance at all.

The thing is, I could easily tell her that she should not feel guilty for not being enthusiastic, that when it comes to making friends, quality is more important than quantity, and that there is nothing wrong with a healthy dose of introversion. But none of this matters, because at the end of the day, we dwell deeply in a culture that praises gregarious extroversion, and anyone who feels any less perky, quite frankly, is often labeled as a recluse or “abnormal.”

However, as much as that brand of sociability is valued, according to the Dunbar quotient, the human being can only maintain relationships with around 150 at once. While it would be nice to maintain a mental Rolodex of names and faces of everyone you have ever met, it is simply not possible.

According to British anthropologist Robin Dunbar, there is a correlation between the size of primate brain size and the average social group size. In other words, there is a limit of social interactions per person imposed by the human’s neocortex. Thus, if there are very biological constraints on social interactions, there should be no guilt in recognizing that there is a certain level of pretense in being forced to serially interact.

Knowing this, I would go back and tell her that her salty commentary is not a sign of antisocial personality disorder or inability to sustain in a community, but a deeply rooted desire to create authentic relationships.

While it does not make her snide remarks any less classless, there is something to be said about not wanting to repeatedly tell every face your name, hometown, intended major, residential hall, spirit animal, dog’s middle name, favorite condiment and church affiliation, only to forget their names in passing.

In retrospect, these interactions are not completely useless. I cultivated a numb gusto for asserting myself in the most detached-but-seemingly-warm way. Without raising the ends of sentences in a feminine uncertainty, I learned to prepare myself for a professional world where I cannot afford to authentically mentally invest in every interaction.

But before you tell me that I am merely jaded and had lost my touch for human connection, I will tell you that the opposite is true. In oversaturated environments,I am both professionally and socially valued based on who I know, and I have grown more appreciative of the few authentic relationships that I have in my life. It is reassuring to me that in an age where humans interact with each other at an unprecedented volume, I have a few individuals who actively work toward community building.

That being said, I simply recognize that the exhausting string of meet-and-greets at NSO are not necessarily constructive for building lifelong friendships, even if it is marketed as such. However, it gave me something equally as useful.

It endowed me with a confident, professional detachment that equips me to navigate a jungle of social webs, where I cannot afford to be emotionally invested in every face and story. I may not be thrilled with this reality, but like many emerging 20-something-year-olds, I am just trying to survive.

Which box is best? 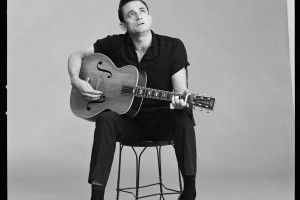 Johnny Cash (1932-2003) was a cultural icon and his musical talents have rivaled the likes of Elvis and many others. Though...
Copyright 2013 Jupiter Premium Magazine Theme
Back to top