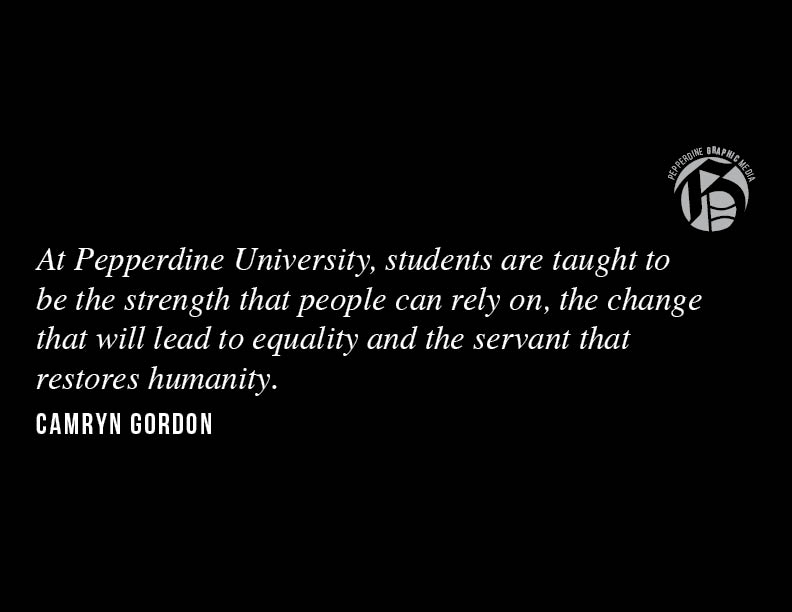 The Donald Trump presidency has taken America by storm, affecting communities across the nation and at home. The Pepperdine community is one of many directly affected by the reckless policy changes and lack of effective leadership that President Donald Trump possesses.

A campus, once quiet, is now riddled with students who are worried about the future of the country and the lives of those who inhabit it. In the past 24 months, Pepperdine University has been challenged by threatening fires and massive changes in immigration policy exposing students to the corruption of the presidency and the harmful policies of the Trump administration.

The negative consequences of Trump’s policies on Pepperdine reference the recent struggles of the Woolsey Fire where many students were displaced due to the imminent threat our campus was in, yet President Trump made the proposition of raking leaves to reduce fires without taking any action to put the Malibu community at ease. Donald Trump has continued to induce stress within the Pepperdine and Malibu communities as he threatens to cut off federal relief aid to California for wildfires, greatly affecting the reconstruction of cities affected by the November blazes.

President Trump has taken advantage of America’s most vulnerable populations, driving many into states of economic and social mania. This is especially clear in his most recent attack on American democracy — the government shutdown. The antics of the shutdown depleted the economic expansion that was once considered a highlightable Trumpian achievement, costing the U.S. $11 billion, and brought new fears upon victims of the California wildfires as President Trump’s remarks on halting disaster relief were unveiled.

Taking a look back on the past 24 months, there has been considerable damage to the reputation of America as a legitimate democracy. Whether the president is declaring war on human rights, rolling back efforts to combat climate change or enabling racism, his decisions have created chaos that radiates embarrassment and resistance from within.

Since the election of President Trump, the role of the United States as an international superpower has consistently weakened due to the president’s continuous impulsive decisions on foreign policy, resulting in confusions and contradiction between him and his unstable administration. As Trump spends his time firing insulting tweets at governments worldwide, his unsupervised role on social media has jeopardized the United States in its position as a legitimate power, leaving an entire country vulnerable and further threatening the communities back home.

Donald Trump poses as the country’s gravest national security threat. His continual attack on the free press, rejection of foreign advisories and his impulsive decision-making, has exposed a divided America as the next target for the world’s largest and most dangerous enemies.

As students representing Pepperdine University, it is our duty as rising leaders to be educated on the damaging effects of uncontrolled and impulsive power; to protect the deeply-rooted values of democracy, patriotism and freedom that make America great. Under the presidency of Donald Trump, there has been a legitimate attack on what those values mean. Whether President Trump is supported by some or deeply loathed, it is important to recognize that many of America’s precious values have been falsified and used as weapons.

At Pepperdine University, students are taught to be the strength that people can rely on, the change that will lead to equality and the servant that restores humanity. Take the time to research current and future government leaders, reach out to your Congressional representatives if you want to see change, but most importantly, vote. The people of this country play an important role in choosing who and what America is going to be, and Pepperdine University students need to be prepared to take on that role.