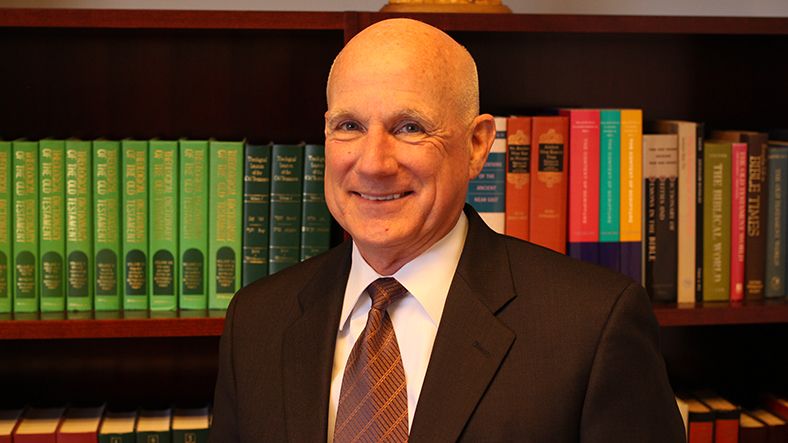 President Andrew K. Benton announced that Dean of Seaver College Rick Marrs would serve as the university’s new provost starting Aug. 1, according to an email Benton sent to students and faculty Wednesday morning, announcing the decision.

“As a longtime member of our Pepperdine community, Dean Marrs brings remarkable skill, strong values, admirable character and tremendous experience to his new position,” Benton wrote in the email.

Benton had offered Marrs the position Monday evening, at which point, only four people knew, Marrs said: Benton and his wife, Debbie, and Marrs and his wife, Paula.

Marrs said the news is very exciting, and he is looking forward to the new responsibilities.

“Part of the reason I became really interested in the position is because I will interact with a lot of different people in the university. And I thought this might be fun,” Marrs said. “In this position as provost, you interact with a lot of people … In my mind, a lot of what the provost does is figure out what are the strengths of the faculty and different players and make sure you’re maximizing what they’re really good at,” Marrs said.

Marrs said provosts are sometimes called the chief academic officer or vice president of academics since they are responsible for everything that is related to the academic side of the institution, which is basically everything at a university.

“Everything has academic implications,” Marrs said. “You end up being involved in a lot. Everything from how you allocate space to how you prioritize things has academic implications, because you’re trying to think what’s best for the students, what’s really best for the university. In a way, you’re a business and a corporation. But your business is education. That’s why the provost really needs to have a very good handle on what are the academic programs, what are the initiatives, how do we maximize.”

For example, Benton wrote that Marrs was the principal author of Seaver’s recently-approved strategic plan, which outlines some basic initiative for the university, like striving for academic excellence, enriching the mission of the school and increasing diversity.

Marrs said the university is also talking more than ever about becoming more collaborative among the five schools since historically, they have functioned fairly independently and effectively.

But because of the economy, Marrs said resources must be allocated more efficiently by avoiding unnecessary duplication or overlap.

“What I am going to need to do is become as conversant as I can, getting to know the faculty and knowing what the needs are of the graduate schools,” Marrs said. “I plan on visiting with all of the schools and sitting down with faculty and staff and asking them what they think I need to know and how I can best help them. Then I can look at what our initiatives are, where do we really want to go, and how do they go together.”

The intrigue of helping the separate schools collaborate and become more effective together was the main reason Marrs applied, he said.

Current Provost Darryl Tippens sent out an email Sept. 16 announcing his retirement at the end of the year, leaving the position open. Marrs said he thought and prayed a lot about applying when he found out Tippens would retire and of course, ultimately decided to apply in the fall.

Because of the nature of a national search, Marrs said, it takes more time to get the word out there, give people a chance to think about applying, spread the word to people they think might be good for the job, apply and then review the candidates.

A “good-size” search committee made up of faculty and staff from all five schools was launched to find and interview candidates. Open forum town hall meetings for Lipscomb University Senior Vice President for Strategic Initiatives Nancy Magnusson Durham and Marrs were held on March 4 and 5. The town hall for Dwayne Simmons, professor at UCLA and director of Neuroscience Diversity and Education Outreach at the UCLA Brain Research Institute, was held March 19.

“I would like to extend my thanks to the Provost Search Committee, chaired by Executive Vice President Gary Hanson and GSEP Dean Margaret Weber, for their wisdom and leadership during this process, as well as the community of Pepperdine faculty, staff and students who opened their minds and hearts to our candidates and shared their feedback with me along the way,” Benton wrote. “Each and every note was read and considered. I am grateful for the insight and thoughtfulness shared with me throughout the search process.”

In a phone interview, Benton, who had the final say in who the new provost would be, said the selection process is “very subjective,” but after reading every comment sent to him, attending each of the open forum town halls and spending time alone in thought, he ultimately felt “a great sense of peace” in choosing Marrs.

Benton said the main reason Marrs was chosen was because he has been at Pepperdine during times of significant change and that he has an in-depth understanding of the university.

Marrs said he graduated from Baltimore’s John’s Hopkins in 1982 and was teaching in Baltimore when he was hired by the University of Texas in 1984. He was then invited to come to Pepperdine in 1987 because he wanted to be part of something bigger — “bigger than me, bigger than all of us,” he said. “That’s truly ambitious.”

The commitment to faith-based academic excellence has been the most intriguing part of working at Pepperdine, Marrs said.

“That, and I think Pepperdine has a culture of a lot of people who are really energized by that … I am regularly told when people come how impressed they are with the culture and the way people treat each other with dignity and respect. Even when they disagree, the overarching assumption is that you treat people the way you’d like to be treated … You sort of start the day being very grateful and thankful that you’re here.”

Marrs was hired in 1987 as a professor of religion. He remained in that position for 10 years. He then served as chair of the Religion Division for seven year.

Benton wrote that Marrs is regarded as an exceptional scholar of the Old Testament and the literature of the ancient Near East with knowledge of Hebrew, Aramaic, Syriac, Phoenician, and Ugaritic, and in the study of the Dead Sea Scrolls.

Marrs said he taught Religion 101 every fall when he was associate dean for four years, but when he became dean of Seaver in 2008, he was no longer able to teach.

Though he has taught while he has served in administration, Marrs said regular teaching and being close to students is what he misses most.

“Each time you move, unfortunately you move another step away from the students,” he said. “That’s why I try to keep teaching. And that gets tougher and tougher as you move up. You do other things that are pretty energizing, but there’s nothing more fun than teaching college students. It’s just as good as it gets.”

Next semester, as he starts in his new position as provost, he will be teaching a Religion 101 course again in the fall. He was offered and he accepted the role of professor “before this all happened, but I think I can pull it off,” he said.

Though he said he misses the students, he also said he is excited to work with the faculty more closely.

“With provost, you spend a lot of time with the faculty from all the different schools,” Marrs said. “I know a fair number of faculty at the other schools, and I know especially the senior deans at each of the schools and some of the associate deans, but there is still a number of faculty and staff that I don’t know … I’ll spend a lot of my energy right out of the box getting to know them.”

Marrs said one of the biggest challenges of his new position will be talking to people about what they’ll get from an education.

Marrs said everyone has been very kind and gracious, congratulating him on his new position.

“Jokingly, I’ve said I’ve probably typed thanks and hit send more times today than I ever have in my life,” Marrs said.

Much of that has to do with his success as dean, but not all of his time has been without controversy. Two years ago, Marrs did not seek reappointment of his five-year contract as dean, a decision that Tippens accepted and said was unalterable even after Marrs changed his mind.

But the Seaver Faculty Association Executive Committee called for Marrs’ reappointment. The first resolution, which commended Marrs’ leadership in his five years as dean, passed with 149 approvals, 10 disapprovals and four votes abstained. The second resolution calling for Tippens and Benton to consider Marrs for reappointment ended with 143 approvals, 16 disapprovals and seven votes abstained, according to a Graphic article from November 2012.

Benton wrote that under Marrs’ leadership as dean, “Seaver College has seen historic increases in applications, expansion of academic programs, and enrichment of student life on campus.” He wrote he will be sharing information about the search for a new dean of Seaver College in the “coming weeks,” as the search for the next dean of the Graduate School of Education and Psychology is also currently underway.

Benton said his first course of action will be to read the Seaver handbook on the protocol of Seaver deans searches. Then, he said that he and Marrs will work together to put an interim dean in place.