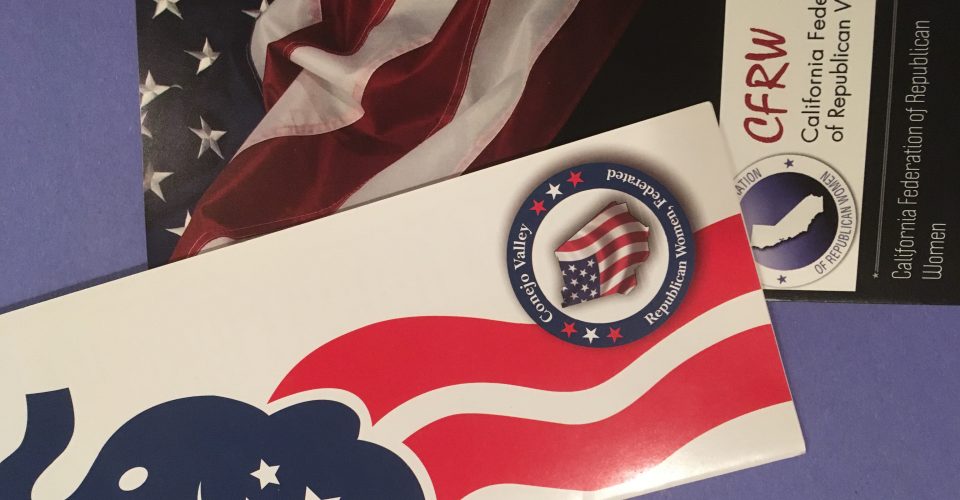 Parents and children in the public school system are being brainwashed, Michael Smith, Media and Communication Director for Daniel Chavez, told the Conejo Valley Republican Women Federated on Friday.

In a talk titled, “Saving Our Children’s Minds: Fighting the Public School System,” Smith discussed his take on the politics behind the CVUSD Board’s passing of an English core literature book selection policy earlier this week. He called on conservatives to “go right now from playing checkers to chess” in order to “defeat the left.”

“The Democratic Party are not really Democrats,” Smith said. “They are Hitlarian national socialists. And you can quote me on that.”

The policy’s author, Board Trustee Sandee Everett, was originally slated to speak at the event but did not attend. CVRWF President Kerry Nelson apologized to Everett at the start of the luncheon for any misunderstandings that the press release and the title of the talk may have caused regarding the tone and content of the meeting. The reason for Everett’s absence was not clear.

Before the talk began, attendees were asked not to take any photographs and keeps their phones out of sight. Members of the press were told to place any recording devices on their person into a bag on the podium at the front of the room or leave the premises.

Smith showed the crowd of approximately 50 people numerous photographs and video clips taken at the CVUSD Board Meetings on Nov. 7 and 14 when the core literature policy was discussed and voted on. He pointed out specific individuals as “good guys” and others as the “opposition” or “resistance.”

As for students who attended the meetings with protest signs, “we can all safely say they have been brainwashed,” Smith said, adding that the students themselves could not be blamed. “The parents are every bit as brainwashed,” he said. Not all, but “enough to make a bad difference.”

While students have a First Amendment right to hold posters expressing their thoughts, positions and opinions, “do they really believe or do they really know what they are expressing?” he asked.

Smith likened one picture of a child holding up a sign against the policy to “child abuse.”

Students holding signs referencing the book “1984” read the work but didn’t really understand it, he said, comparing the current state to “Francisco Franco-era Spain,” minus the military.

“If you think it’s only the unions that are radicalizing the students, you need to pay a little more attention,” he said.

Near the end of his speech, Smith held up a zipped up book cover for the audience to see. “I bet you think there’s a Bible in here,” he said before unzipping the cover to reveal a copy of Saul Alinsky’s “Rules for Radicals” — the foundation for his comments.

Smith said the school system “cannot fix itself” and “there is a better way” but did not elaborate and said he would only discuss specifics at a “private level.” 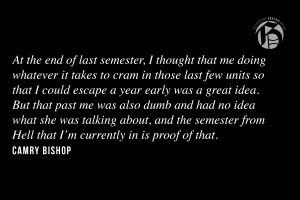 Graphic by Nate Barton Senior year of college is supposed to be stressful, but in a fun, best-days-of-your-life kind of way — not in the will-willingly-throw-self-in...
Copyright 2013 Jupiter Premium Magazine Theme
Back to top