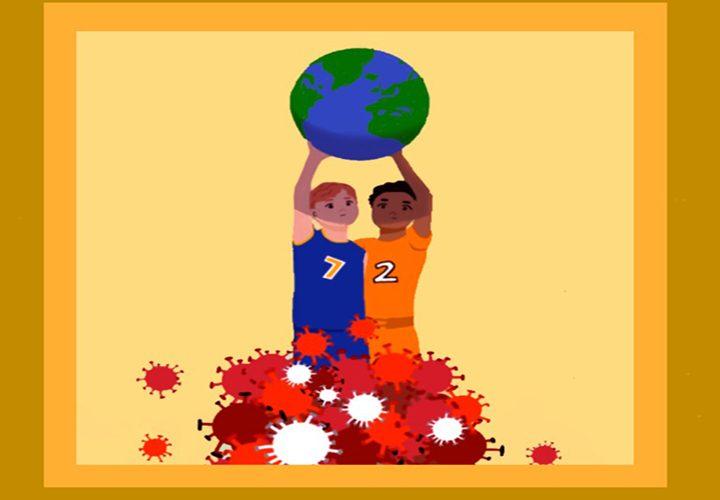 Major football and basketball programs support much of the fabric of collegiate athletics’ finances, which are currently under siege by COVID-19. Art by Leah Bae

COVID-19 is also playing a part in the postponement of individual seasons and fall sports entirely.

Most notably, the University of Connecticut canceled its entire football season Aug. 9. On the same day, the Mid-American Conference (MAC) took a different approach and was the first conference to act on behalf of all the teams that it oversees, postponing not just football season but fall sports as a whole.

Less than 24 hours later, rumors surfaced that the Big Ten and Pac-12 were close behind them, leaving the other three Power 5 conferences (SEC, ACC, Big 12) of college sports with pressure to hold the sports in the spring.

While the focus will be on the student-athletes’ pending eligibility and scholarships, other repercussions lie in the universities themselves.

Professor John Watson oversees the Sport Administration major at Pepperdine and was director of Athletics from 1998 to 2010. Watson said that while pushing fall sports to a later date is the safer option, it will cost universities millions of dollars.

“Universities will lose money not just in revenue from sports but the expenses that go into taking care of students,” Watson said. “Our institution has spent millions of dollars in preparation for people to return to campus. Then they had to spend some more to prepare for online learning. There are so many behind-the-scenes costs in the pandemic, and not having fall sports will hurt the schools greatly.” 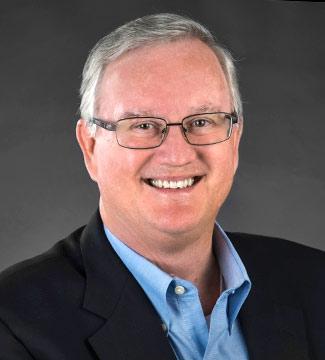 The cancellation of March Madness resulted in a $600 million loss for the NCAA, which is spread out across 1,200 athletics departments across the country.

COVID-19 isn’t just canceling fall sports or pushing certain sports to the spring season, but the disease is also playing a part in the cuts of entire programs. On July 8, Stanford University eliminated 11 of its 36 programs.

A statement released by Stanford University President Marc Tessier-Lavigne, Provost Persis Drell and Director of Athletics Bernard Muir, cited COVID-19 as the source for an already troubling $12 million deficit to balloon in a matter of months, and they estimate that the deficit will be $25 million at the start of the 2021 fiscal year.

The other 10 teams that Stanford chose to eliminate are men’s and women’s fencing, field hockey, lightweight rowing, men’s rowing, coed and women’s sailing, squash, synchronized swimming and wrestling. Compared to the other programs, men’s volleyball is the most out of place

The two-time national champions (1997, 2010) posted a 122–75 record from 2011– 2017 before an abysmal 6–20 year in 2018 and a 6–11 start to last season before the COVID-19 spring sport shutdown. No other sport on Stanford’s cut list posts a recognized national championship. Men’s volleyball routinely competes in Mountain Pacific Sports Federation (MPSF) play and accumulate high-caliber recruits. 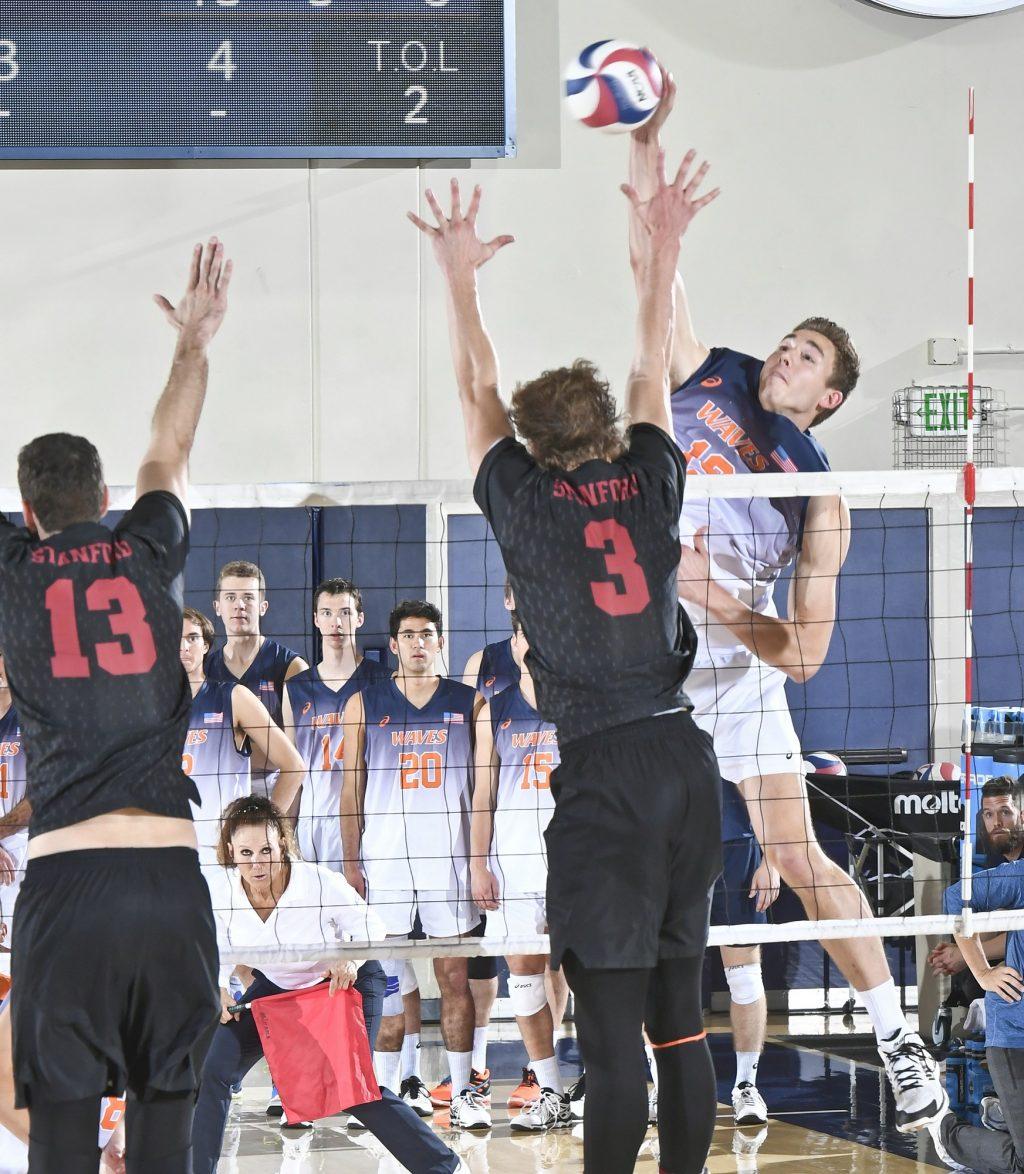 Stanford boasts a $27.7 billion endowment, causing students to question the integrity of the University’s priorities. While the number is one of the biggest in the country, endowments are structured to fit a strict set of long-term guidelines and aren’t flexible for departments that lose money.

Watson said that while the reactions to the program cuts are natural, Stanford Athletics is making a calculated decision that they see fit.

“Anybody who loses a job because of costs will typically find other people they feel should be terminated before themselves,” Watson said. “It seems like that’s the case here. While Stanford has such a reputation of an elite athletic experience and a quality education, they have bills to pay. They have a budget to follow and other priorities that aren’t sports related.”

Watson said he believes the University went about the cuts in an acceptable fashion.

“When you look at Stanford, they did it the right way,” Watson said. “They gave the sports nearly two years before they end it. It’s not solely because of the virus, but they had a responsibility to the men and women to give them time to allow them to transfer or to stay at Stanford and graduate. I admire how they handled it.”

Watson said college athletic departments struggle to predict which sports are needed to be shifted to a club level and to operate their yearly budget.

“These decisions always have long-term implications in attempt to help the well-being of the institution,” Watson said. “A big part of athletics is being a marketing arm. You want to stay competitive not only for that purpose, but alumni relations — it brings the community to the campus, it brings in more donors. You can’t afford to not fully invest money into the larger sports that fulfill your mission.”

Watson was transparent when asked about his experience terminating a program as the athletic director.

“I had to, and it was awful,” Watson said. “The athletic department cut the women’s swim program. And when we cut it, we said that we would honor the scholarships of all the players who could no longer compete. It was a heart-wrenching decision, but the reality was I had to balance the budget. That started with some athletics staff and led to the team.”

If Division I football is pushed back to the spring, it also pushes back an estimated average of $31.9 million per school that the University and athletic departments use accordingly. While Watson said the financial loss is significant, another problem lies inside the campus walls.

“Not everyone has the facilities that the Power 5 conference members have,” Watson said. “If we move all of our fall sports into the spring, they’ll have to practice 20 hours a week at the same time as the spring sports. It’s going to be a challenge scheduling any game or practice. Just think about Pepperdine: We have one Fieldhouse and four sports that would play there in the same season.”

Watson also brought up a concern in the biggest moneymaker for college athletics: TV contracts.

“Another factor is the competing interest of television time,” Watson said. “If a time slot is supposed to be dedicated to baseball, having football at the same time will dominate television rights. As far as the distribution of money, some shifts are going to be made that will hurt the sports.”

The WCC decided to postpone all fall sports Thursday. The statement included that the conference “strongly supports efforts to encourage the National College Athletic Association to conduct fall NCAA championships in the spring.” 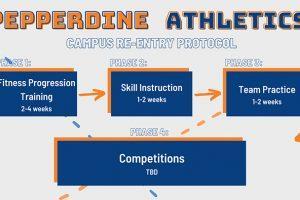