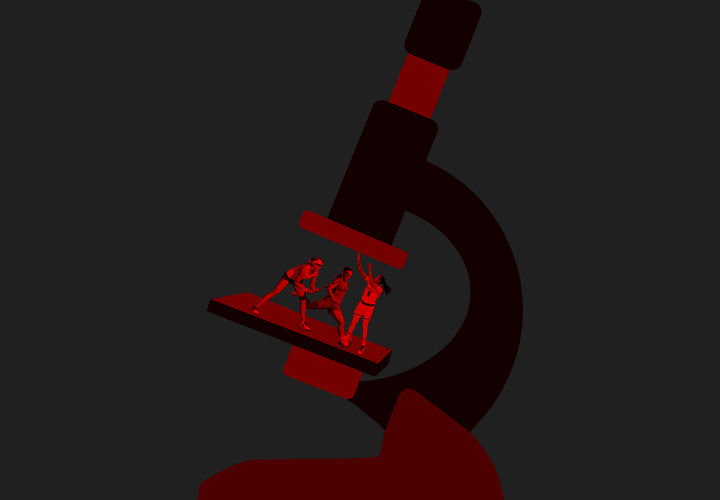 In an April 2 tweet, Pepperdine Men’s Basketball senior guard Colbey Ross declared his intentions to enter the 2021 NBA draft. For Ross, who earned a national profile for breaking numerous school records and producing heroic performances in the WCC tournament, the announcement brought a deluge of attention and well-wishes.

The tweet has been retweeted over 230 times and liked over 1,270 times, as of April 30. By comparison, on the same day, Pepperdine’s official Twitter account released a story about the first COVID-19 vaccine clinic on campus. That tweet has been liked 24 times and retweeted twice.

Star athletes like Ross are some of the biggest figures on campus, but with that spotlight can come scrutiny. Like professional athletes, collegiate athletes are public figures but ones who also deal with the extra stresses of growing up, going to school and representing both themselves and the institution they play for.

“I do feel like I am a figure that people might look up to,” said Trinity Watson, a junior and women’s soccer defender. “I think it’s important to be a role model and a leader that people will want to be like, ‘Oh, I want to be like her.’”

College athletes serve as figures and role models in a variety of ways. Die-hard fans start dissecting film of recruits in high school, trying to be the first to predict their sport’s next superstar. Younger players see Division I athletes as heroes and the personification of their own dreams and goals. And for students and alumni, the athletes are the catalyst for the pride that comes with their school’s success.

“Competing and getting to represent the school was a really, really special experience for me,” said Ashley Lahey, a graduate student and Women’s Tennis player.

Since 1998, when Gonzaga Men’s Basketball began an unprecedented run of dominance that catapulted them onto the national stage, undergraduate applications are up 356% and the endowment has increased by 378%, according to a Spokane Journal article. The influx of money and students has in part allowed the school to hire an additional 171 faculty members.

The cyclical promise of sports tying into a university’s branding also prompted Pepperdine’s ambitious $250 million plan for a new arena and event center.

But in the age of social media, athletes aren’t always only known for what they do within their sport, and the branding the University seeks can sometimes manifest itself in ugly ways.

During a livestream of the April 5 NCAA Men’s Basketball championship game between eventual champion Baylor and the aforementioned Gonzaga, Barstool Sports podcaster Dan “Big Cat” Katz repeatedly name-dropped Pepperdine in an expletive-filled rant criticizing Gonzaga’s schedule, causing the Waves to trend nationally on Twitter for over 24 hours. In an even more sinister example, a Pepperdine Men’s Basketball player received death threats from a sports bettor during the 2019 WCC tournament.

Even when Waves athletes are doing the talking for themselves, they proceed with caution.

“You just have to watch what you post and watch what you do, too,” Watson said. “Obviously, people can get anything on camera, so I think having a good head on your shoulders is something that has good outcomes.”

While still in school, athletes are bound by strict NCAA regulations that maintain their amateur status. College athletes who have large followings on social media platforms such as Instagram can’t accept money for a sponsored post or an autograph without making themselves and their school ineligible.

“I just need to focus on playing and having a good time,” Watson said. “In the beginning, kind of, in high school I’d be like, ‘Oh, I wish I could be sponsored by this,’ or I would try and get sponsored by Pura Vida or stuff like that, lame stuff. But honestly, it doesn’t bother me.”

As a tennis player, Lahey is in the rare position of being able to play in professional tournaments during the collegiate offseason. If Lahey wins prize money, she is allowed to reimburse herself for travel and food costs, since she must operate at all pro events separate from Pepperdine, but she is required to return the rest.

“It’s very biased, but I don’t like that we can’t make more than we spend,” Lahey said. “I think that there’s a difference between – as an amateur, you shouldn’t be able to accept hundreds of thousands of dollars for wearing a certain brand or whatever, but if I’m going to go play a tournament and I get prize money, I think that I should be able to keep the prize money. That’s different from endorsements and stuff. I don’t like keeping track of my receipts.”

Even if prize money may not be on the horizon, the tide is turning on athlete money-making opportunities. Starting with California in September 2019, several states and now Congress are challenging the NCAA on its name, image and likeness laws, arguing student-athletes should be able to “make money off their name, image and likeness with the fewest restrictions possible,” according to a February bill from Sen. Chris Murphy (D-Conn.).

In a 2019 response letter to California Governor Gavin Newsom, who supported the first NIL bill in the state, the NCAA said in part: “The NCAA continues to focus on the best interests of all student-athletes nationwide. NCAA member schools already are working on changing rules for all student-athletes […] but not pay them to play. The NCAA has consistently stood by its belief that student-athletes are students first, and they should not be employees of the university.”

Even if the NCAA thinks of collegiate athletes as students first, the athletes know their potential outreach is far more extensive than the average college student. Although they can’t be actual influencers or endorsers while in school, many universities are encouraging their athletes to use social media after leaving. The University of Nebraska has introduced a program in their curriculum that specifically helps student-athletes get the most out of their personal brands after college.

More often, athletes are using their platforms to speak out. Redshirt sophomore and women’s basketball player Jayda Ruffus-Milner serves on the Waves Leadership Council for athletes and took on a vocal role during this summer’s racial justice movement.

“One of the first things that we did was having certain panelists – I was on the panel – just speak about their perspective, their Black perspective of what’s going on,” Ruffus-Milner said in a podcast interview with the Graphic. “I thought that was super important because if you don’t have that many Black friends — if you come from a very privileged background — it’s important for you to hear the voices of people it’s directly affecting.”

Watson said the past year has made her want to promote messages of “power, unity and positivity,” and that she’s growing more mindful of her impact and the opportunities that come with having a following.

“I never really thought about that, like I’m honestly just kind of here to play and do what I love, but I’ve been thinking about it lately,” Watson said. “I do have a platform where I can use my voice, and to have a voice and have a say and make change is something that’s really powerful.” 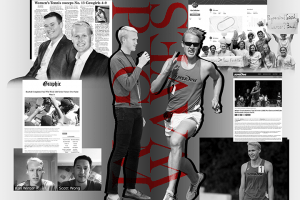