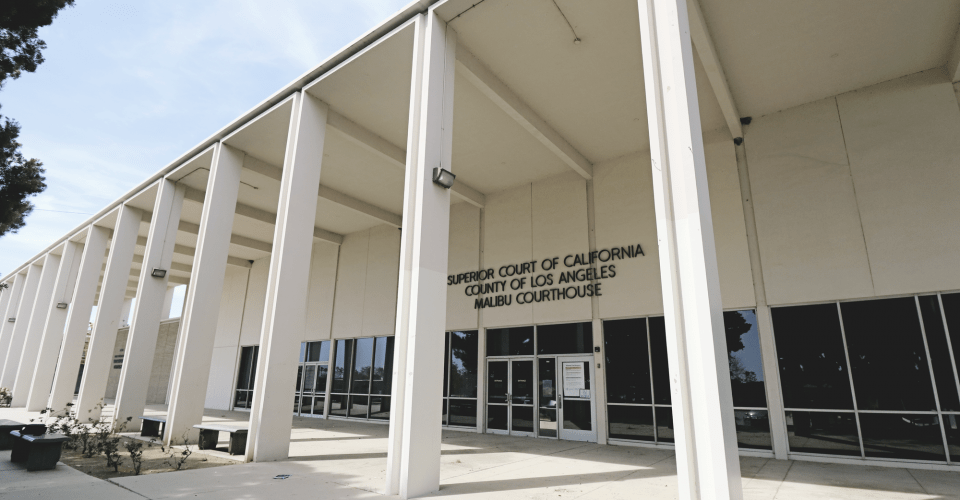 The Malibu Courthouse stands in the Civic Center Plaza on March 24. Mayor Mikke Pierson, along with the Malibu City Council, created a fee-waiving program to help residents get back on their feet and rebuild what was lost in the Woolsey Fire of 2018.

Residents of Malibu are no strangers to the threat wildfires present to their lives, especially after the Woolsey Fire of 2018 left 488 homes in the area destroyed.

Since then, members of the Malibu City Council have taken action to better protect residents in the event of a wildfire and provide financial assistance to original homeowners who want to rebuild, including a fee waiver program that has saved residents more than $4.2 million to date, according to a council agenda report from February. By the time the waiver program is over, the total of fees waived and refunded is expected to exceed $5.8 million.

With an annual city budget of $30 million, Mayor Mikke Pierson, who created the initiative to waive city rebuilding fees June 2019, said the project is the largest singular financial expense the city has incurred since Woolsey.

“It’s hard to [re]build,” Pierson said. “We streamlined the permit process, we did everything we could, waived the fees, but still very few people were able to get going immediately. It’s just a lot of people were in shock.”

Out of the 488 homes that burned, the city reports a total of 24 completed rebuilds, 297 approved by planning and 182 with permits issued. At their meeting February 24, the city council extended the deadline to apply for a fee waiver through June 2021. 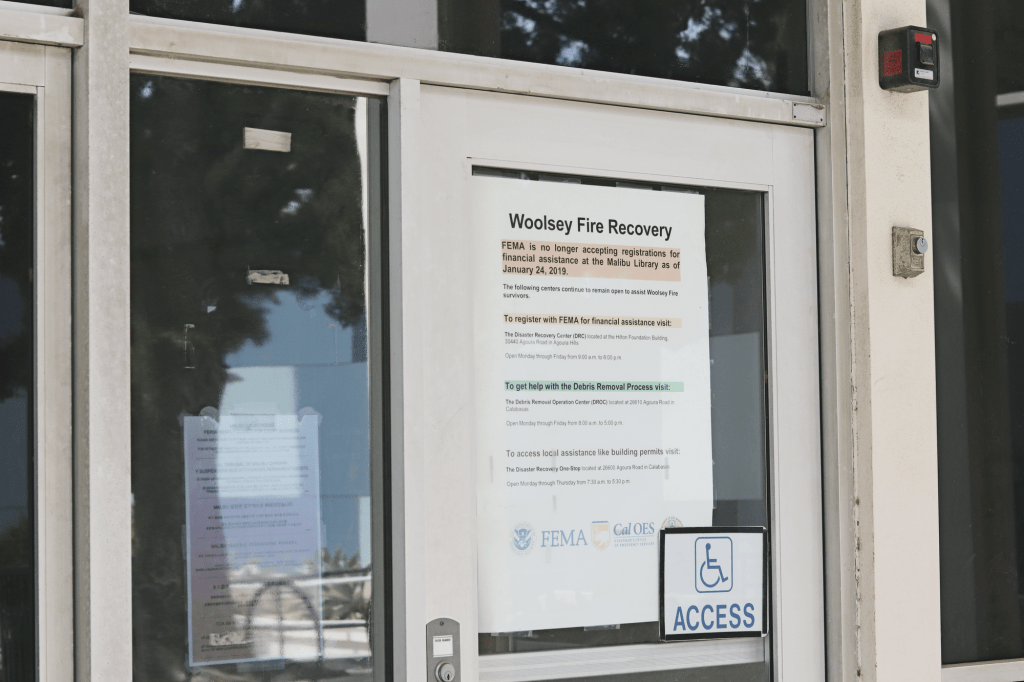 A Woolsey Fire Recovery poster dons a door panel at the Malibu Courthouse on March 24. Since the Woolsey Fire of 2018, City Council streamlined the permit process for original homeowners to rebuild, saving residents more than $4.2 million to date. Photo credit: Ali Levens

Councilwoman Karen Farrer, who served as mayor between September 2019 and August 2020, said it is important to keep in mind that, while she supports waiving fees for rebuilding, residents should also understand the money they save will be unavailable for the city to use toward other projects.

The fee-waiving program is one of many others the city implemented since Woolsey to assist residents and better prepare Malibu for a future emergency.

In February, the Federal Emergency Management Agency granted Malibu a hazard mitigation grant to complete the city’s outdoor warning siren system. The grant covers 75% of the costs — around $713,724 — with the city footing the bill for the remaining $237,908, according to a Malibu press release.

Once complete, Pierson said the sirens will support a larger city-wide emergency communications system allowing for changeable messaging to be placed along PCH and canyon roads and emergency alerts to be sent to all cell phones in the area.

In this 18-month plan to improve emergency preparedness, the city is working to install “beacon boxes” that will provide firefighters responding in Malibu with detailed information about neighborhoods and fire hydrant locations. In combined efforts with the California Department of Transportation, the city improved backup batteries on traffic lights during power outages to prevent traffic buildups during an evacuation.

Beyond response measures, the city also provides programs to help prevent and mitigate fires. The city created a new position, fire safety liaison, and hired Jerry Vandermeulen, an ex-fire-chief who served with the Ventura Fire Department for 35 years. Vandermeulen offers optional home inspections to Malibu residents to assess the ventilation, vegetation, landscaping and other relevant factors for fire safety and provide recommendations for improvement.

Vandermeulen said over 50% of homes lost in wildfires don’t burn because of direct flame contact but rather from embers that are cast from as little as half-of-a-mile or as far as a few miles ahead of the fire that land next to the house.

While 266 homeowners in Malibu have taken advantage of the home inspection service so far, Vandermuelen said responsibility for emergency preparedness rests on both the city and Malibu residents to engage with the resources made available to them.

Not all fire mitigation actions cost the city money, Farrer said. One example is a landscape ordinance Farrer initiated and the council approved in August. The ordinance prohibits the planting of certain types of non-native highly flammable trees like eucalyptus, palm and pine. It also sets guidelines for where plants can be located around buildings and how tall they can grow when near power lines.

The city is working with the fire department to provide up-to-date brush clearance regulations for properties in Malibu.

Pierson said when it comes to wildfires, it’s only a matter of time, making precautionary measures the highest priority for the city.

“There’s a responsibility if you live in what we call the WUI, wild land urban interface, which is basically all of Malibu, where there is brush and houses living in the same place,” Pierson said. “You have to be aware of what that means and your responsibility to honor that in how you build your house, your landscaping, your preparedness, your awareness.” 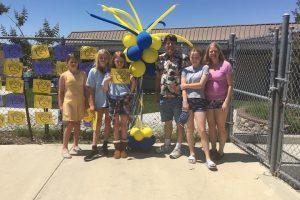