“He’s not a war hero. He’s a war hero because he was captured. I like people that weren’t captured,” Trump said of Arizona Sen. John McCain at the Family Leadership Summit in Ames, Iowa, according to Ben Schreckinger’s article titled, “Trump attacks McCain: ‘I like people who weren’t captured,'” published by Politico on July 18, 2015.

“What, like with a cloth of something? … or — I don’t know how it works digitally at all,” Clinton said in response to a question about whether she “wiped” her personal email server before turning it over to authorities, according to David Sherfinski’s article titled, “Hillary Clinton on wiping email server: ‘Like with a cloth or something?’“ published on August 19, 2015 by The Washington Times.

“I long for the day that Roe v. Wade is sent to the ash heap of history,” Pence said in 2015 during his speech to Congress over defunding Planned Parenthod, according to Eric Ting and Mike Moffitt’s article, “The Most Outrageous Things Mike Pence has said,” published on SFGATE on Jul. 25, 2016.

“What’s Aleppo?” Johnson asked MSNBC commentator Mike Barnicle when asked how he would address the refugee crisis in the widely-covered, civil war-torn Syrian city, according to Alan Rappeport’s article titled, “‘What Is Aleppo?’ Gary Johnson Asks, in an Interview Stumble,” published by The New York Times on September 8, 2016.

“We should not be subjecting kids’ brains especially to that,” Steins aid when asked what she thinks about wireless internet, according to Sophia June’s article titled, “Jill Stein Says Wi-Fi May Be Bad for Kids’ Brains, Delights Local Man,” published on August 1, 2016 on Willamette Week. 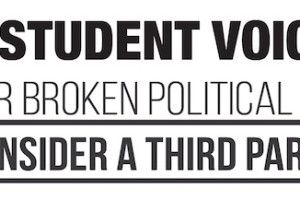 Graphic by Nate Barton A few months back, I was an avid Senator Bernie Sanders supporter. I was sick and tired of the discriminatory...
Copyright 2013 Jupiter Premium Magazine Theme
Back to top