Photos by Terra Atwood Every group always has that one friend who is always there for any situation that the group faces. She's the shoulder to cry on, the ultimate advice giver, and whether it's 2 p.m. or midnight, she's ready and on her way with two gallons of cookie dough. You know who I'm talking about — the ultimate friend — the one known as "The Mom … END_OF_DOCUMENT_TOKEN_TO_BE_REPLACED 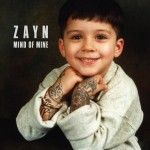 Photo Courtesy of RCA Records This time last year, One Direction fans mourned the beginning of the end for the boy band that made a good portion of the world fall head over heels for them. In March 2015, Zayn Malik had publicly announced his departure from the group. As another sign of "good riddance," Malik decided to release his debut album, "Mind of Mine," this year on the … END_OF_DOCUMENT_TOKEN_TO_BE_REPLACED

Photos by Rhema Gabriella If you're anything like the rest of the Pepperdine student body, you may find yourself craving sushi on the regular. Yet with limited choices, given the fact Sushi Friday in the Caf happens only once a month, it is not hard to wonder why students are constantly looking for new places to find this beloved cuisine. Being in Malibu, students aren't … END_OF_DOCUMENT_TOKEN_TO_BE_REPLACED 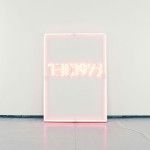 Image Courtesy of Dirty HitIt's been three long years since the debut of The 1975's self-titled album, the band finally released their second lengthily named album, "I Like It When You Sleep, for You Are So Beautiful Yet So Unaware of It" on Feb. 26. Though very different from the indie rock and grunge style that the first album had, this album introduces a new and fresh '80s … END_OF_DOCUMENT_TOKEN_TO_BE_REPLACED

Photos by Julia SumouskeAmong the hustle and bustle of Los Angeles, sometimes residents are looking for more than just another store to spot the latest trends. Lost in LA is back again to quench your thirst for adventure by looking at the hidden coastal treasure known as "The Sunken City."About 80 years ago, a landslide caused the homes and buildings on this cliffside to fall. … END_OF_DOCUMENT_TOKEN_TO_BE_REPLACED