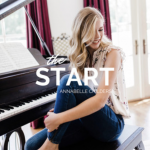 Photos courtesy of Annabelle ChildersPepperdine freshman Annabelle Childers not only just began her college career, but also released her first album "The Start" in August of this past summer. The 10-track album is filled with Childers' original songs and was recorded in her home state of Arkansas.Childers said music has always been part of her life. Growing up in Little Rock, … END_OF_DOCUMENT_TOKEN_TO_BE_REPLACED

Photos courtesy of Maria BehnenEvery September, the streets of New York turn into a runway of widely different forms of fashion. This year was no exception.Designers such as Zimmermann, Balmain and Alice and Olivia showcased a variety of trends and statements. However, fashion isn't just for the streets of New York. Students at Pepperdine also seem to think that people take … END_OF_DOCUMENT_TOKEN_TO_BE_REPLACED