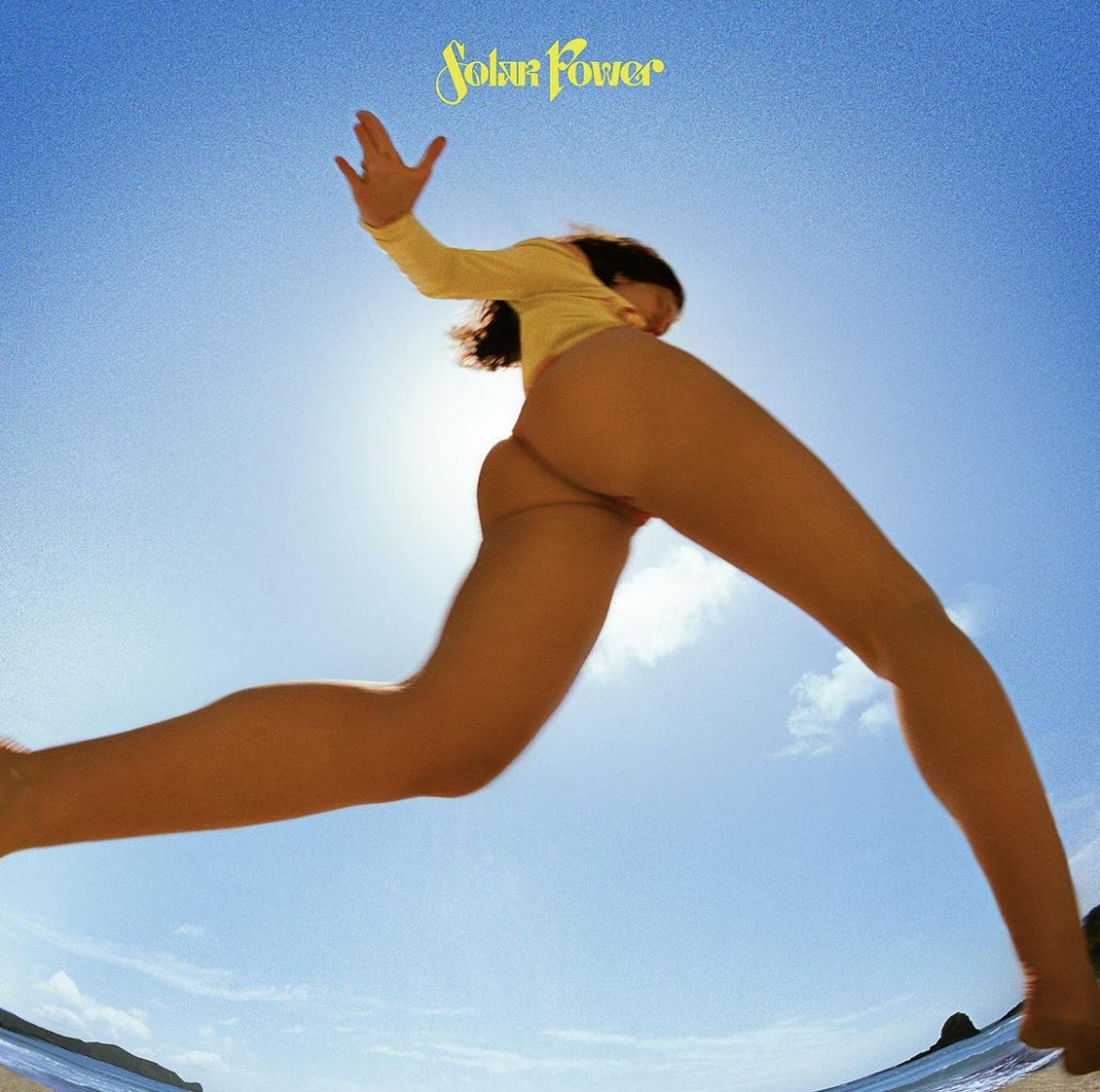 Lorde frolics on a sandy beach beneath the sun rays for her “Solar Power” album cover — one of her friends took this photo without the intention of making it the cover. The self-proclaimed “prettier Jesus” released her stellar third album on Aug. 20, to which she wrote and co-produced all its tracks. Photos courtesy of lorde.co.nz

The album, released Aug. 20 with Universal Music Group, brilliantly showcases Lorde’s growth as both an artist and a woman, as well as her reflections on the resilience of our planet through melancholic melodies and vulnerable lyricism.

Ella Marija Lani Yelich-O’Connor gave herself the stage name “Lorde” due to her fascination with royalty, which makes the title of her debut single “Royals” all the more superb. “Royals” won the singer fame at 16 years old when it was released in 2013. The electro-pop song gave listeners a rare sound along with relatable lyrics about living an ordinary life but wanting something more.

Lorde’s approach to pop music in “Royals” was refreshing to listeners, and it allowed her to become the youngest female artist to top Billboard’s Hot 100 list since 1987.

Shortly after, Lorde released her debut album “Pure Heroine” — an album that captures the thrill and angst that comes with being a teenager — in September 2013. Four years later, fans were eager to get their hands on her second album, “Melodrama,” an electrifying record that touches on what it’s like to endure heartbreak as a woman.

Once the Melodrama World Tour came to a close in the fall of 2018, Lorde retreated to her homeland and disappeared from the world. She fled from the public eye by logging off social media and taking a break from music. Lorde used this time to reconnect with friends, family, nature and most importantly, herself.

In February 2019, Lorde embarked on a journey to a land where few get the opportunity to go — Antarctica. The trip allowed the singer to see the reality of climate change — an issue that holds great importance to her. Lorde’s enchantment with the strength of the natural world grew, and she decided to share her experience through memoirs and photos in her book, “Going South,” released June 4.

The musician used her time away from the world to find her new sound and voice. The lessons she learned in Antarctica and back in New Zealand carry into the lyrics of this serene album.

Lorde painfully sings about the destruction of the planet in the fifth track, “Fallen Fruit.” After explaining that “the ones who came before us” made irrevocable damage to our planet and we have no choice but to see the end of days, she croons, “How can I love what I know I am gonna lose?”

Her passion for the climate crisis not only carries throughout her heart-wrenching lyrics but also her merchandise that she released in this era. Lorde collaborated with EVERYBODY.WORLD, a company that makes their clothing with 100% recycled cotton as a way to reduce energy and water. Her eco-friendly merch can be found on her website and at future concerts for her upcoming tour, “The Solar Power Tour” — set to begin in February 2022 in Lorde’s homeland. Fans can expect a more stripped-down and laid-back vibe at her future shows to match the energy of this new album.

The title track and first single of the album, “Solar Power,” is a groovy ode to summer bliss. In it, Lorde expresses her adoration of sun-kissed skin and the freedom of the sunny season, saying, “My cheeks in high colour, overripe peaches / No shirts, no shoes, only my features,” as well as describing her hiatus with lyrics, “I throw my cellular device in the water/ Can you reach me? No, you can’t.”

This lively song is the most vibrant track and stands out in an album filled with soft folk tunes. Lorde’s transition from her usual energetic ballads to her sweet calmness heard on “Solar Power” symbolizes her real-life efforts to flee from the chaos of the world and her pop star lifestyle during her break.

Listeners can understand the growth that went on in Lorde’s life during those four years when they hear lyrics like “Now the cherry-black lipstick’s gathering dust in a drawer / I don’t need her anymore” in “Ocean Feeling,” alluding to her signature look during her “Pure Heroine” era. Lorde is telling fans that she’s matured and is no longer the person she used to be.

In the song’s outro, Lorde sings, “Was enlightenment found? / No, but I’m tryin’, takin’ it one year at a time.” She recognizes she has yet to become the person she wants to be.

Lorde worked alongside producer and long-time friend Jack Antonoff — producer for the world’s biggest pop artists, such as Lana Del Rey and Taylor Swift — for the creation of “Solar Power.”

The record consists of 12 songs, including singles “Solar Power,” “Stoned at the Nail Salon” and “Mood Ring.” Clairo — fellow Antonoff collaborator — and Phoebe Bridgers provided backup vocals in the form of siren-like harmonies for six of the tracks.

While the artist’s previous albums contain synth and digital beats, “Solar Power” embraces an organic tone with the simplistic usage of the acoustic guitar, drum kit, the occasional hum of cicadas and ambient city noise.

This change in musicality prompted criticism because Lorde became a trailblazer in the music industry for the electro-pop sound she abandoned in this new era. After all, fans and critics waited four years for “Solar Power” and perhaps were expecting Lorde’s usual teenage angst and thus were disappointed to hear her mellow side.

But maybe that’s the point: Lorde isn’t a teenager anymore. She is a 24-year-old woman who grew tremendously in the past few years. “Solar Power” is a record produced from Ella’s heart. It spotlights her dreams, doubts, grief and her fear for the future.

Lorde traded her coming-of-age tunes filled with explosive sounds for a raw look at her inner-self; although some fans are hesitant to take that peek, Lorde welcomes listeners with open arms as she sings, “Come one, come all, I’ll tell you my secrets.”

Listeners can stream the stunning, summery album that is “Solar Power” on Apple Music, iHeartRadio and Spotify.