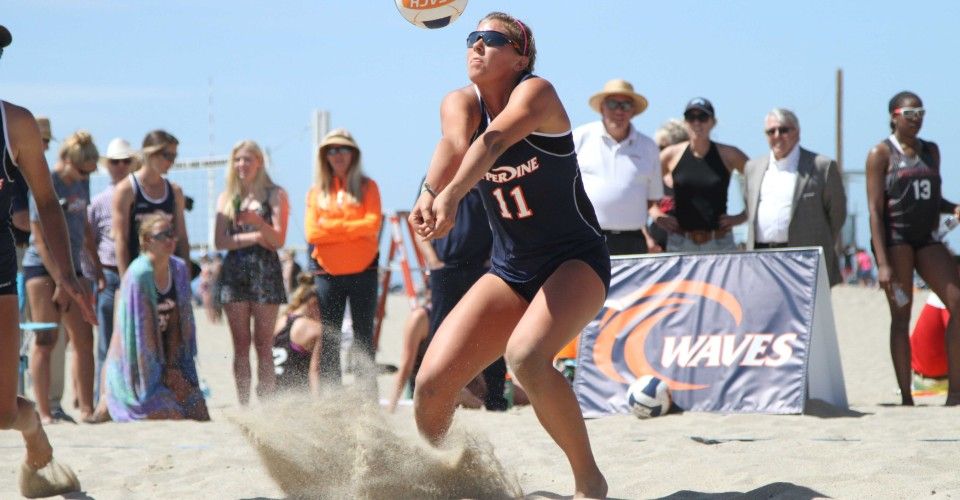 The perfect season is over, but the light still shines bright.

The No.1-seeded Pepperdine beach volleyball team dropped its first match of the 2016 season on Wednesday to No. 5-ranked UCLA at the Sunset Canyon Volleyball Courts, but swept three games over the weekend against CSU Bakersfield, Loyola Marymount and Arizona at the Zuma Classic.

In the pivotal fifth match, senior Taylor Racich and freshman Heidi Dyer dropped the first set 15-21, but in the second set, the duo found themselves trailing 15-12 midway before battling to send the set to extra points with a 21-21 set tie. The Waves would gain the lead and finished the set with a 23-21 victory following a service ace by Racich to even the set. However, in the final set of the day, the Waves fell to the Bruins 8-15 to close out the day with their first loss of the season 3-2.

“It’s always tough to lose a game, but we just have to work and learn from this loss and move on,” Head Coach Nina Matthies said. “At the end of the day, it’s all about looking ahead to the next game.”

After falling to UCLA in five sets, Pepperdine returned home to host the Zuma Classic at Zuma Beach on Saturday and Sunday. On the first day of the tournament, the Waves rebounded from the loss with two dominating 5-0 sweeps over CSU Bakersfield and West Coast Conference rival Loyola Marymount.

“I’m glad we were able to rebound from the loss [against UCLA] and win back-to-back games,” Cash said. “It shows a lot about this team to go out and rebound from a tough loss.”

For day two of the Zuma Classic, Pepperdine closed out home play on Sunday with a 3-2 victory over No. 6 Arizona on Senior Day.

To kick off the morning, the freshman duo of Roh and Wilson put the Waves up 1-0 with a 21-10 and 21-8 victory on court four. The Waves then took a 2-0 advantage with 21-18 and 21-13 victories by Quiggle and Caputo on court three, but the Wildcats countered back with a 21-18 and 21-15 victory over Dyer and Racich in court one. However, Pepperdine was able to clinch the game victory following Bailey and Knudsen’s victory on court two (21-18 and 21-17) to clinch a 3-2 victory over Arizona while finishing the season at home with a perfect 9-0 record.

Following the conclusion of the match, Pepperdine’s three seniors, Taylor Racich, Sophie Asprey and Samantha Cash, were all honored by the team.

“It’s been an amazing experience to be able to play two seasons of indoor volleyball and three seasons of beach volleyball, especially winning the AVCA championship in 2014, in a Waves uniform,” Racich said. “I’m hoping we can add another banner at the end of this season.” 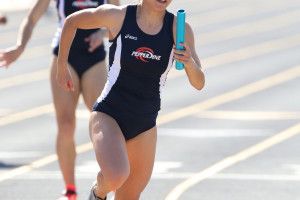