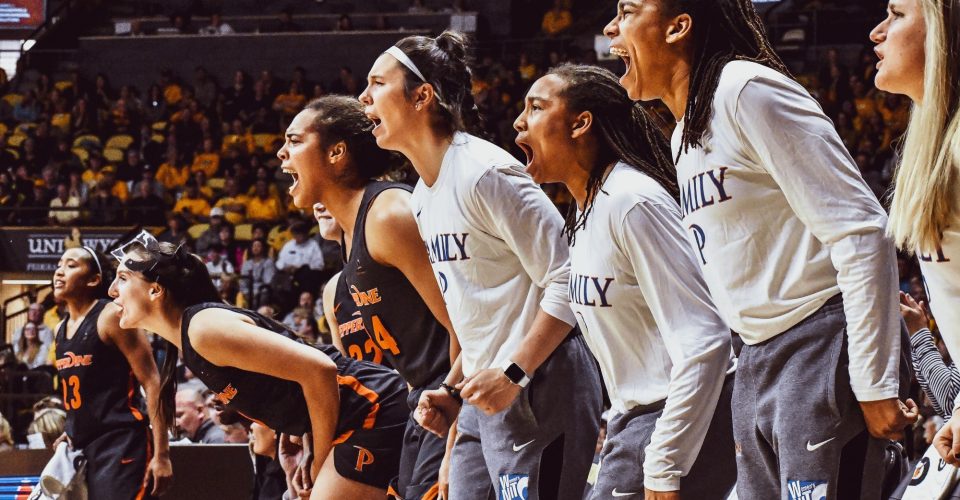 Women’s basketball lost to the University of Wyoming in the Women’s National Invitation Tournament (WNIT) Sweet 16 Thursday, bringing their season to an end.

The 2018-2019 campaign was the Waves’ most successful season in recent history. Their third place finish in the West Coast Conference was their highest since 2010-2011, and their 22 wins were their most since 2002-2003. They made their seventh WNIT appearance and won their first and second postseason games in the tournament.

“I think we definitely exceeded our goals,” senior Yasmine Robinson-Bacote said. “We never thought that we could be where we were, playing in the semifinals against BYU and being so close, or getting an automatic qualifying bid to the WNIT and winning two games there. We knew we would make noise but we didn’t know how much noise we would make.”

Pepperdine played three road games in the WNIT. The Waves faced deficits at half time in all three games. California Baptist led by four points at halftime of the first-round game, as did Saint Mary’s in the second-round game. In the third round, Wyoming led by six going into the locker room.

“We pride ourselves on being well-conditioned,” Milton-Jones said. “That’s why we’ve been able to make the runs that we’ve made when we’ve been behind in many games, be it in the first half or late in the fourth.”

The Waves came back to take the lead 42-41 with 29 seconds left in the third quarter, but the Cowgirls reclaimed the lead 21 seconds later. The fourth quarter remained close, with Pepperdine tying the game twice. With 20 seconds left, Robinson-Bacote hit a jumper to tie the game at 60. Wyoming made one of two freethrows with nine seconds left to reclaim the lead.

After a timeout with three seconds remaining, the Waves took one last shot as time expired, but it was no good.

“Even though that one moment was hurtful, it was everything that we went through that year to get to that moment [that] should be celebrated,” Milton-Jones said. “And for [the team] to make history within the program, and the seniors to be able to go out the way that they are, that in itself [is] so satisfying for any player to leave on top and leave something better than you found it.”

Playing on the road for all three WNIT games was difficult for the Waves, especially in Wyoming.

“The court is the highest [elevation] court in the land,” Robinson-Bacote said. “That was insane and it was something that everyone was conscious of because it was written everywhere … The atmosphere was crazy and the fans were involved in the game.”

“It was like playing at Gonzaga,” Milton-Jones said. “They just have a rich tradition there, and that’s something that you don’t see every day in the women’s game.”

Pepperdine will have plenty of returners next year to build on this season’s success, but they are losing two key contributors: redshirt junior Megan House and Robinson-Bacote. Robinson-Bacote led the team in total points, points per game, total rebounds and rebounds per game. House was second in both rebounding categories and led the team in blocks.

“Those two definitely brought elements within the game that were important and vital for our success,” Milton-Jones said. “Megan [House] being the mainstay in the paint, she was able to be the utility one … Yasmine [Robinson-Bacote] is a different beast, because she is this the walking bucket. She can go and be so explosive in her scoring prowess.”

“I’m looking to play professionally overseas,” Robinson-Bacote said. “It is a big step for me to know that I no longer have school and I will be playing the game that I love for a livelihood.”

Robinson-Bacote said that she is optimistic for next year’s Waves.

“I’m super excited to see where they go because I know they have a great system put in place where pretty much everyone on the team can succeed,” Robinson-Bacote said. “They are going to come back better than ever.”

Milton-Jones said that she is glad Robinson-Bacote and House got to be part of such a successful season.

“They definitely left here better than they found it,” Milton-Jones said. “And I take great honor in knowing that I played a part in that because it means something to me for them to be able to walk away with a head held high.”

According to Robinson-Bacote, she and House will leave Pepperdine with more than just memories of their basketball career.

“Even when the ball stops bouncing, there will always be those friendships that we built on the court but carry off the court too,” Robinson-Bacote said. 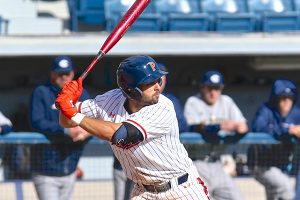