Pepperdine Women’s Volleyball fell to Portland in five sets 3-2 on Saturday afternoon in Firestone Fieldhouse. The Waves went up early, taking a 2-0 set lead, but surrendered three consecutive sets to the Pilots.

Sophomores Heidi Dyer and Jenna Tunnell led the Waves with double-double efforts throughout the match, with Tunnell leading the way with career-bests of 26 assists and 19 digs. Dyer had a near triple-double, boasting 22 assists, 15 digs and nine kills, including four blocks. Freshman Hannah Frohling led the Waves with 15 kills and sophomore Tarah Wylie added 12 of her own.

In the first set, Pepperdine and Portland battled neck-and-neck to start the match, but the Pilots began to pull away midway through the set going up 12-8. The Waves responded by taking a huge 12-8 run to tie the Pilots 20-20, but both teams went point-for-point before Frohling got the go-ahead point off a kill to give Pepperdine the lead 25-24. The next play, freshman Jasmine Gross and Dyer teamed up to reject the Pilots attack at the net, giving Pepperdine set number one 26 to 24.

In the second set, Pepperdine’s offense came roaring out of the break, playing strong defense to take an early 6-1 lead. The Waves kept their foot on the gas pedal by increasing the lead to 14-6 off a kill by Frohling and a monster block by junior Ashley Harris. The wave of momentum did not stop there; Pepperdine got contributions off the bench from freshman Jaiden Farr, who got a service ace late in the set. Pepperdine would go on to win set number two 25-12 following a block by Dyer and Wylie.

In the third set, Pepperdine and Portland found themselves in a 7-7 tie until the Waves took a furious 9-1 run behind an all-around team effort on the offensive and defensive ends to take a 17-9 lead. However, the Pilots made a late comeback by taking a 6-0 run to cut the deficit 20-18. Wylie made two clutch kills to give the Waves a 22-19 lead, but the Pilots went on a 6-1 run to win the third set 25-23.

In the fourth set, it was all Portland as the Pilots took an early 12-8 lead. The Pilots dominated on the offensive end and collected a late 17-11 lead en route to a 25-18 set four victory, tying the match 2-2.

In the fifth set, Pepperdine and Portland found themselves in a see-saw battle early, but once Portland jumped out to a five-point lead, they didn’t look back. The Pilots took set five 15-10 to win the match 3 sets to 2.

Despite the loss, Farr came off the bench for the Waves, contributing nine kills, 13 digs and an ace. Freshman Hana Lishman put up 15 digs while Gross put up seven blocks.

Pepperdine will head to Northern California to take on San Francisco on Oct. 13 and Santa Clara on Oct. 15. 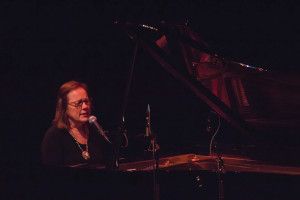