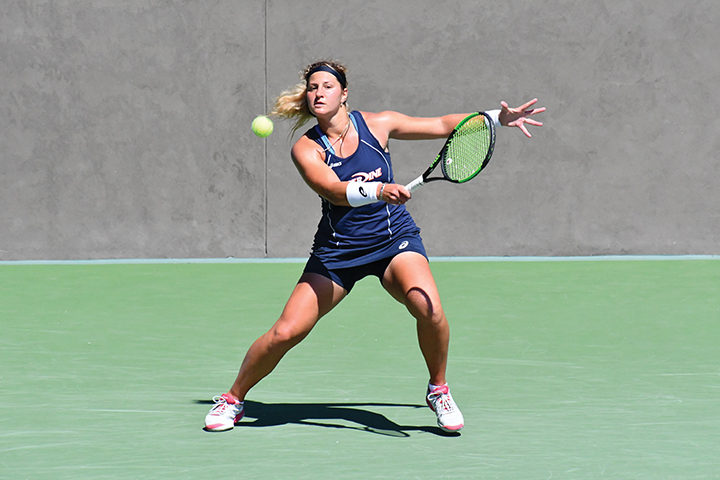 Pepperdine partnered with Oracle, the Intercollegiate Tennis Association and Malibu Racquet Club to host the annual tournament for the fourth consecutive year. The tournament is one of the premier events in the fall season of collegiate tennis.

“To be a part of this is a great thing for our tennis programs and for our school,” Athletic Director Dr. Steve Potts said.

This year’s tournament invited at least one man and one woman from each NCAA Division I conference, and Pepperdine was represented by Levashova, junior Adrijana Lekaj, and junior Adrian Oetzbach.

The women’s field alone included seven players ranked in the Oracle/ITA Preseason National Singles Rankings (top 25 players in the country), which made Levashova’s run to the final all the more remarkable.

Levashova, a Moscow native, eventually fell 6-4, 6-3 in the singles final at Malibu Racquet Club against Estela Perez-Somarriba of the University of Miami (FL), the third-ranked player in the country. Levashova led 2-0 in the first set but Perez-Somarriba went on to break her serve three times in the set and twice in the second set.

“[Levashova] had a chance today,” Women’s Tennis Head Coach Per Nilsson said. “I don’t think she played the best match, and you have to against [Perez-Somarriba]; that girl doesn’t give you anything.”

In the quarterfinal match against Bayerlova, Levashova capitalized on all five of her break point opportunities and saved four of the five break points she faced. She then took on 18th-ranked Kate Fahey of the University of Michigan in the semifinals on Saturday afternoon and broke Fahey three times in the deciding set to win 6-2, 1-6, 6-2.

Levashova played mixed doubles alongside fellow Wave Oetzbach, and the pair won two matches to advance to the quarterfinals, where Fahey and Stefan Milicevic of the University of Minnesota bested them 6-3.

Oetzbach, a German transfer from the University of Oklahoma, lost to higher-seeded Johannes Schretter of Baylor University 6-2, 6-4 in the first round of the men’s singles draw. 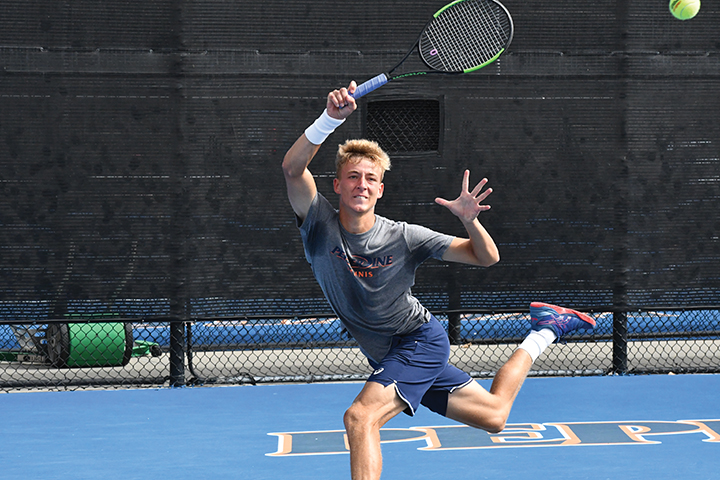 “I felt my rhythm and actually had big chances to win the second set, but some things didn’t work out that I have to work on,” Oetzbach said.

Pepperdine’s third representative at the Masters, Lekaj, also played mixed doubles and singles. Lekaj won 6-3, 7-5 in the first round of singles against Fatima Bizhukova of Wichita State University before running into seventh-ranked Fernanda Contreras of Vanderbilt University. Contreras took the match 6-3, 6-1, winning 63 percent of total points, and went on to advance to the semifinals. 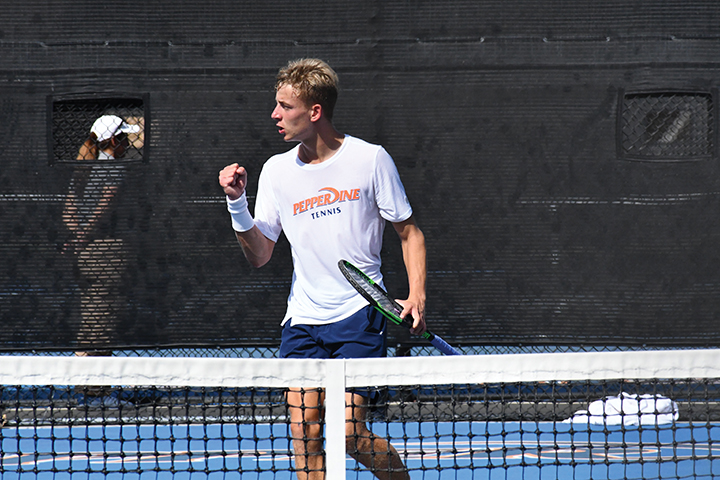 Lekaj, who hails from Croatia, played with Nicolas Moreno de Alboran of the University of California Santa Barbara in mixed doubles, and the two won their first three matches together. Moreno de Alboran forfeited the semifinal doubles match because his greuling singles semifinal ran too late.

“It was a really good experience,” Lekaj said. “I learned a lot and had some good matches. This was the first tournament in the fall and it can get only better from here.”

Between the three athletes, the Waves played a total of 17 matches in the four days of the tournament.

“It’s tough mentally and physically, but that’s what tennis does,” Levashova said.

It was the first collegiate action of the fall season for the trio, but four men’s players had played the previous weekend at the Silverado Invitational in Napa.

The men’s team plays next at the ITA Men’s All-American Championships in Tulsa, Oklahoma, with qualifiers beginning Oct. 1. First-year coach Schaechterle said that his team’s main goal is “establishing a new culture” as they compete in the fall and look ahead to the spring.

The women’s team is looking forward to what Coach Nilsson calls “the biggest tournament of the fall,” which opens with qualifiers next weekend (beginning Sept. 29) at Pepperdine and continues the following week at Riviera Tennis Club in Pacific Palisades. The Waves are the defending West Coast Conference women’s tennis champions and hope to defend their conference title and compete for the national team title in the spring.

“We want as many matches as we can [get], and you want to play as good of competition as you can so you can see the things that really stand out,” Nilsson said.