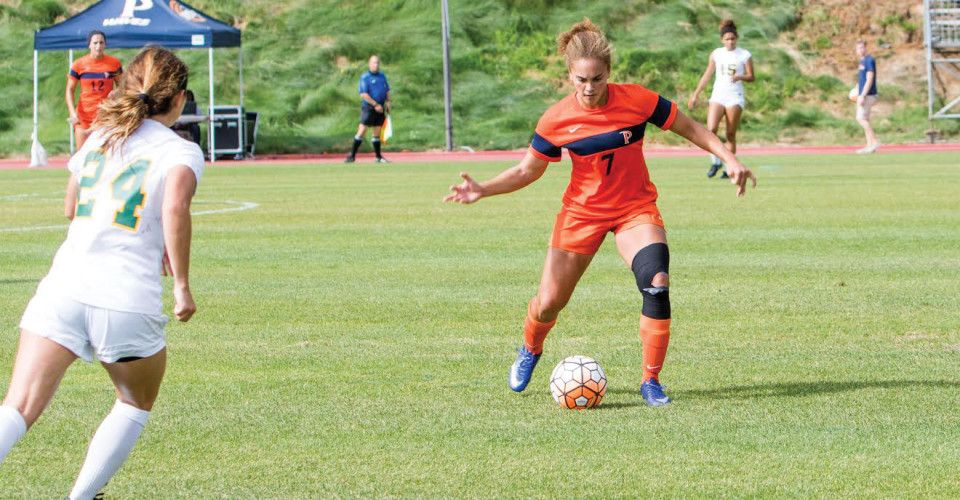 The No. 19 Pepperdine women’s soccer continued their winning ways with a 2-1 win over Santa Clara on Friday, Oct. 22, and a 1-0 win over San Francisco on Sunday, Oct. 24. Senior Rylee Baisden led the way on offense, scoring her team-leading fifth and sixth goals of the season on Friday and Sunday.

With the back-to-back victories, Pepperdine extended its winning streak to six games and held on to its lead for first place in the West Coast Conference.

“We’re taking it a game at a time right now,” Head Coach Tim Ward said. “I think our team has done a great job of coming up with chances and that just shows how good this team works together.”

In the first match against Santa Clara, junior midfielder Bri Visalli drew a foul early in the first half as she was taken down in the box to give Baisden a penalty shot to give the Waves an early 1-0 lead in the 20th minute. The Waves continued to outshoot the Broncos five to one, but couldn’t capitalize on the opportunities, carrying a 1-0 lead into the break.

In the second half, Pepperdine extended the lead to 2-0 thanks to Visalli’s fourth goal of the season off feeds from junior defender Jamie Van Horn and sophomore midfielder Katy Byrne. Santa Clara responded back with a goal of their own in the 59th minute, but the Waves outshot the Broncos nine to five in the second half en route to a 2-1 win.

Pepperdine ended the game outshooting Santa Clara 9-5 in the game, putting four balls on target to three for the Broncos.

“I think it was a hard fought battle out there,” Baisden said. “We played as a team and a win’s a win.”

In the second match against San Francisco, the Dons came out shooting early with three quick shots, but Pepperdine stood its ground. Thanks to the efforts of senior goalie Hannah Seabert, the Waves’ defense kept the game scoreless 0-0. Although Pepperdine outshot San Francisco 11-4 in the half, the Waves were unable to capitalize on the opportunities; the score remained tied 0-0 going into halftime.

In the second half, Pepperdine continued to attack the San Francisco defense. Baisden fired off a shot from the right side of the box and followed the rebound to knock the shot into the goal to give the Waves a 1-0 lead in the 76th minute. Pepperdine held on to the lead going down the stretch to secure the 1-0 shutout win.

Hannah Seabert had three saves on Sunday to give the Waves its eigth shutout of the year. With the three saves, Seabert is only two saves away from tying the Pepperdine all-time career saves record held by Anna Picarelli (319).

“We still have a big game coming up next week against Loyola Marymount,” Seabert said. “Our focus is to prepare for that game then move on to our season finale against Pacific.”

Pepperdine has two games remaining on the regular season, hosting a huge matchup against PCH Cup rival Loyola Marymount before closing out the season on the road at Pacific the following week.

PEPPERDINE DEFENSE – Pepperdine’s scoreless streak of 606 minutes ended on Friday afternoon after Santa Clara scored in the 59th minute. The Waves had not allowed a goal in its first five conference matchups prior to the score. 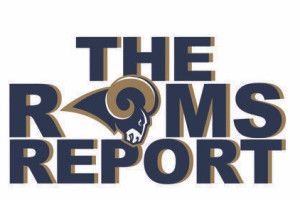 Image by Rachel Wong  Another week, another loss. If the Smiths reference in the title wasn't clear enough, the Rams...
Copyright 2018 Pepperdine Graphic
Back to top