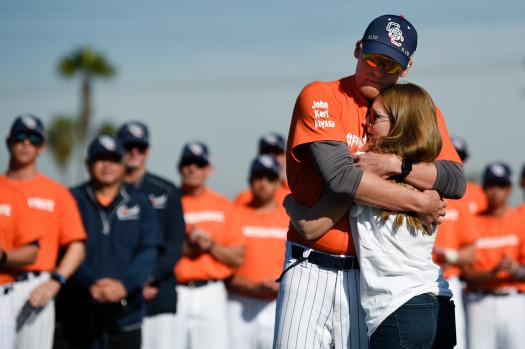 It was his final free weekend before his 28th season as the head coach of Orange Coast College. John Altobelli, 56, gave half his life to the Pirates, but Sunday, Jan. 26 — just two days before the team’s home opener versus Southwestern College — he wanted to be with his family.

Altobelli, or “Alto” as his friends — fellow coaches and players called him — was supporting his 13-year-old daughter, Alyssa, when taking the helicopter flight. She was a teammate on Gianna Bryant’s Mamba Sports Academy youth basketball team, which Kobe Bryant created in 2016. Bryant and Altobelli became friends, and Bryant even went to OCC to speak to Altobelli’s team after practice in 2018. 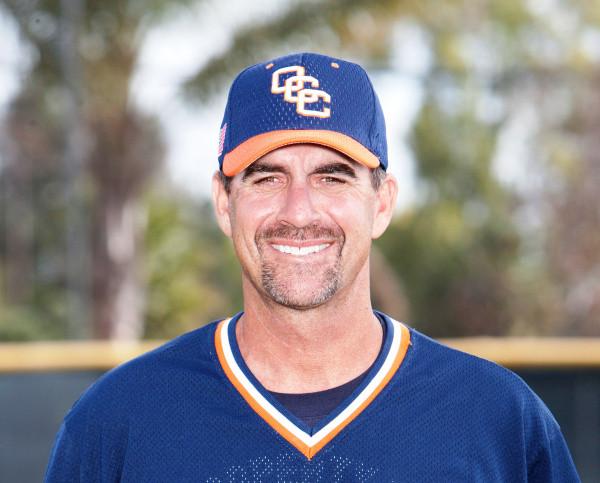 The father-daughter duos, Altobelli’s wife Keri and four others were on board Bryant’s Sikorsky S-76B before it plummeted into a Calabasas hillside, killing everybody on impact.

Altobelli’s legacy will live on through his family and all of the lives he touched in baseball, including his successor, former Pepperdine catcher Nate Johnson.

Altobelli was born in Chicago, Illinois, on May 8, 1963. His father, Jim, was a professional baseball player and journeyman through major and minor league ranks.

As a child, his family moved to Newport Beach, California, and he attended Newport Harbor High School, lettering four years in baseball. After graduation, he enrolled at Golden West College, just 13 miles away from Newport Harbor High. He spent two years as an outfielder before transferring to the University of Houston, where he would finish his college career.

In two seasons, he led the team in nearly every statistical hitting category before trying his luck in the professional ranks. Before the Miami Marlins were the major league team known today, they were a full-season Single-A organization in the 12-team Florida State League. He stopped after 15 games with the Marlins and decided that his future would be in coaching.

He cut his teeth in the coaching ranks at two of his alma maters: first Newport Harbor High for one season in 1985 after leaving the Marlins, then as an assistant at Houston the next year.

Vince Brown has coached high school baseball in Orange County for 35 years, starting his career at Tustin High in 1985. During his first season, he remembers the day that he met Alto.

“John was the [junior varsity] coach at Newport Harbor,” Brown said. “I mainly remember so much because I noticed that his dad was sitting in the stands as a proud dad watching his son coach. I was able to talk to his dad for a while.”

Altobelli graduated with a bachelor’s degree in Physical Education in 1987 from Houston and a master’s in Education from Azusa Pacific in 1988. He became an assistant at UC Irvine for four years before they cut baseball due to budgetary reasons. Jobless, Altobelli searched for two months and with summer baseball activities commencing for all college ranks, he took a head coaching job at a small community college in Costa Mesa called Orange Coast in 1992. He was 29 years old. 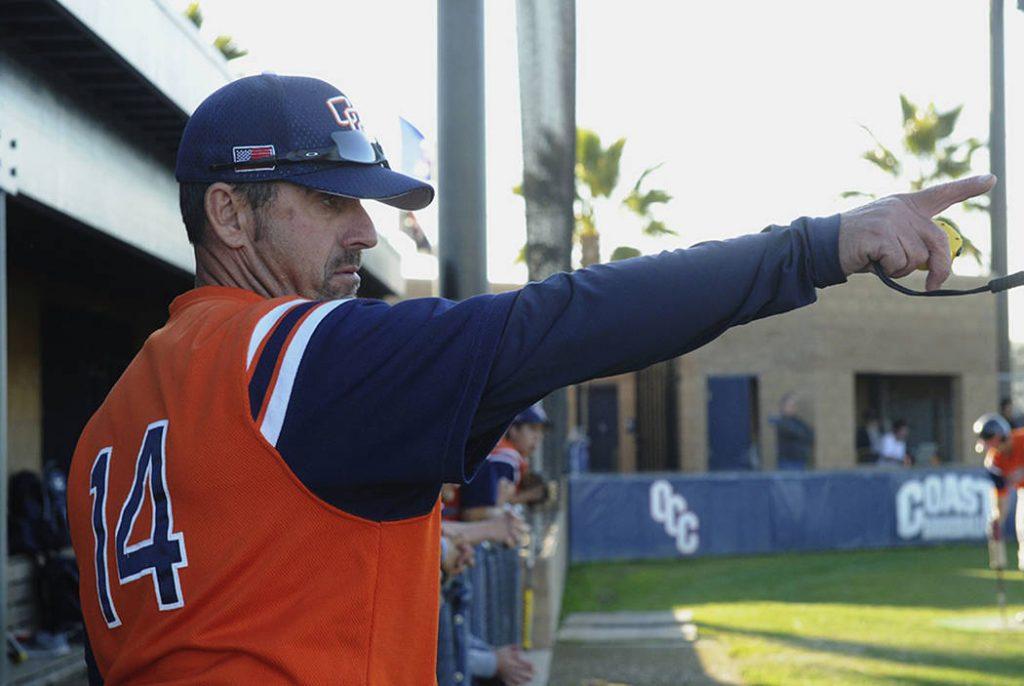 Altobelli coaches from the Pirates’ dugout during the 2019 season. Photo courtesy of OCC Athletics

Community college athletics is a completely different entity than the Division I programs at Pepperdine. For community and junior college athletes, predominantly in the sports of football and baseball, there are “bounce-backs.”

They are players who received Division I interest in high school but could not attend because of grades or off-the-field matters. Bounce-backs are also players who enrolled as athletes at a D1 school and left after one or two seasons, depending on playing time, team fit or disciplinary actions. These bounce-backs would then search for a place to play ideally one, sometimes two seasons to showcase talent and be re-recruited by Division I or NAIA Schools.

They would search for places like Orange Coast College.

Altobelli scoured Southern California looking for these types of players who would have to do their time in what some call baseball purgatory before getting a bigger opportunity. While this meant that his team would look completely different year-to-year, he made it a point to give players a second chance.

“John found a niche,” Brown said. “Kids saw that he had the perfect program for them to come back and play for. And then the kids were getting offers from great schools. I really saw John build his program from the ground up.”

One of these bounce-backs is Joey Fregosi. He is from the talented and always-contending Murrieta Valley High School in Murrieta, California. Like many others, he had Division I interest his senior year before going to OCC because of his grades.

“I wanted to continue playing baseball and knew the [junior college] route was the best for me,” Fregosi said. “I didn’t talk to Alto until later that summer. The first time I met the guy, he was very straight up, honest and just meant well. He always wanted you to feel welcome — regardless of your relationship, he wanted you to feel like a son.”

Fregosi spent two years at OCC playing shortstop and second base. His sophomore campaign was his best, hitting .269 with 18 RBIs and a home run. New Mexico State and Appalachian State, the D1s that showed the most interest in him while he was in high school, re-recruited Fregosi out of OCC. Again, grades were his downfall as he didn’t qualify for any academic scholarship and could not attend the schools. He accepted a scholarship to the Cumberland Phoenix in Lebanon, Tennessee, of the NAIA division.

For Altobelli, it wasn’t just about finding talented players, but surrounding them with coaches who would help them succeed. In 2014, one of Altobelli’s assistants asked if one of his former Little League players could help out during a summer baseball camp hosted by Orange Coast.

Altobelli said yes, and that former Little League player was Nate Johnson, a 23-year-old college graduate who had exhausted his eligibility as a catcher for Pepperdine University. As a fifth-year senior for the Waves, Johnson was coming off Tommy John surgery and started his final year batting an immaculate .325 with six doubles and seven runs batted in before suffering another injury that would end his career.

“Before the injury, I finally figured it out,” Johnson laughed. “It only took me five years.”

Before the 2014 season, Johnson’s former coach was leaving for a job at Westmont, and he told Johnson that if he wanted his position at OCC, he should reach out to Altobelli.

Johnson did, and helped the team that summer as a volunteer for their camp with OCC’s incoming freshmen. When the summer was over, Altobelli offered him a job. Johnson remembers how the process went.

Seven years later, he was ready for another season as a full-time assistant, coaching the outfielders. Johnson recounted what he went through on the fateful Sunday morning.

The day of the crash, Johnson remembered how the events unfolded from he and the team’s perspective just 60 miles down the 405.

Coach Johnson on what he went through the day of the crash.

“The team was texting me, asking, ‘Alto wasn’t on that helicopter was he?’” Johnson said. “I called the first guy who texted me, who’s one of our team leaders. I said that he was on it, along with his wife and his daughter and all three of them are dead. ‘Let’s just go to the field.’ That’s the only place we could think about going. By the afternoon, there were probably 300 people there, from all the way back to his first year of coaching to the guys from this season.”

The day before the crash, the team had their last inter-squad scrimmage before their first game Tuesday. Johnson said before every scrimmage or game, he would get to the field at the crack of dawn, even though team activities wouldn’t start for hours.

Altobelli’s unselfishness wasn’t limited to the OCC baseball field. Altobelli’s son J.J. spent time at Cal State Fullerton as an assistant coach. Brown, whose oldest son Dillon is a senior pitcher for Fullerton, remembered three seasons ago when he saw Altobelli come by just to watch his son.

After years of building his program and making deep playoff runs, Altobelli won his first community college state championship in 2009. It was the first of four, as Johnson was able to coach with Alto for his next three championships. Johnson was transparent about how he’ll never forget those moments with his mentor. 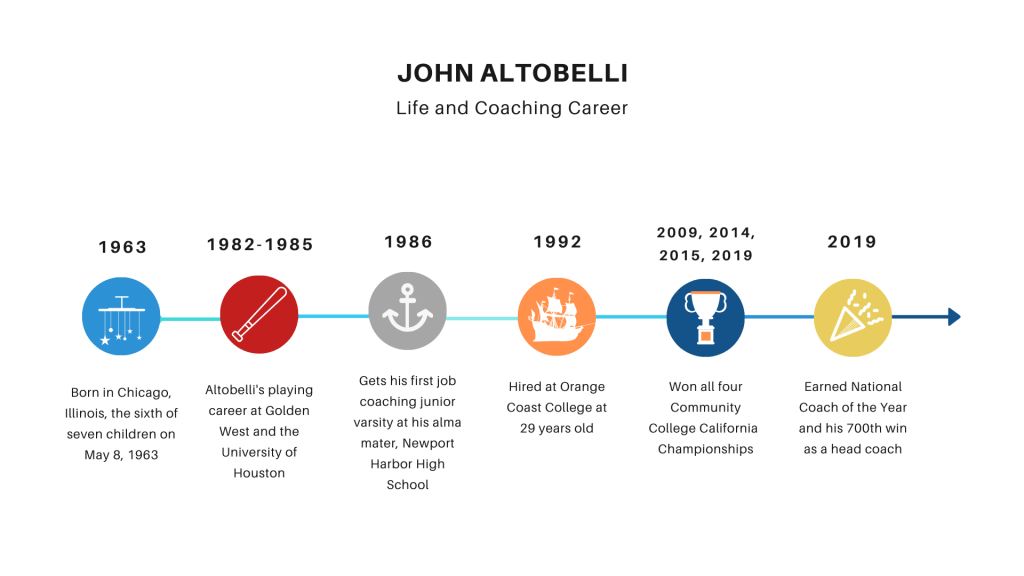 “The feeling of winning a championship is unparalleled,” Johnson said. “But the time that I had with him in our office, on Saturday mornings or just before practices, those are the times I’m going to remember because we’d just sit there and talk. It wasn’t always about baseball. He was such a genuine person, and it’s those moments that I’ll miss more than all the wins and the practices.”

In 27 seasons, Altobelli won 705 games. He is survived by his son J.J. and his oldest daughter Alexis. The Los Angeles Angles of Anaheim honored the Altobelli family at Angel Stadium on Monday, Feb. 10.

Nate Johnson took over as head coach for Altobelli, and recorded his first career win Feb. 4 versus Palomar.

Seniors Ready for Their Final Semester as a Wave 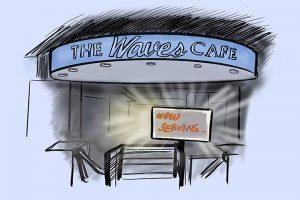 Art by Ally ArmstrongAs Sodexo's contract expires this year, Pepperdine Dining Services has narrowed down the candidates...
Copyright 2018 Pepperdine Graphic
Back to top