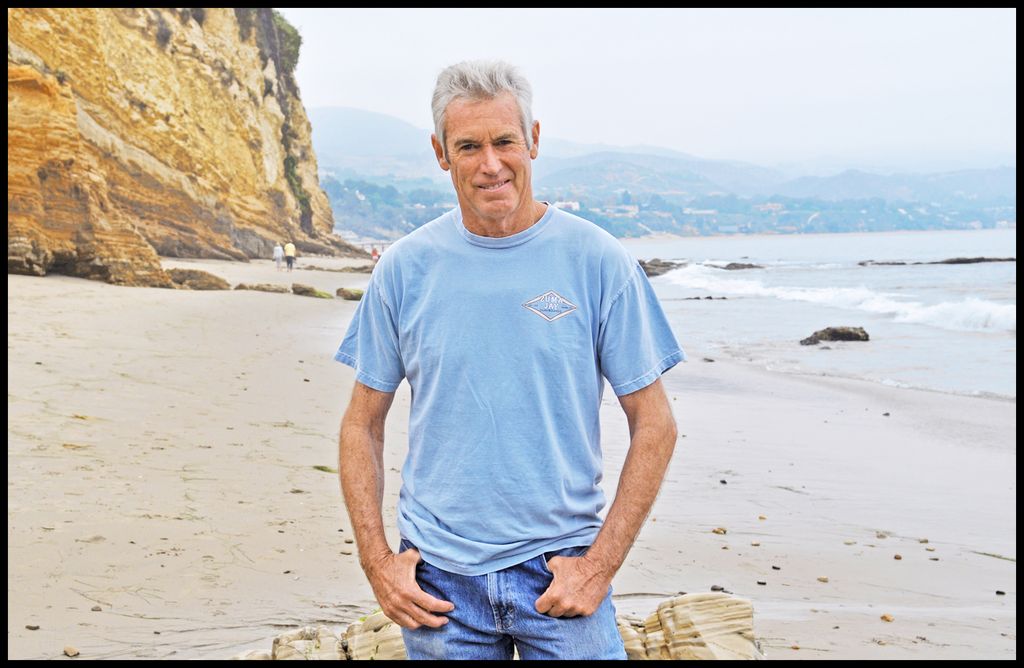 Jefferson “Zuma Jay” Wagner has worn many hats during his 46 years living in Malibu, including that of an LA County Deputy Sheriff, a Ralph Lauren model, a small business owner and a Malibu City Council Member, but perhaps the most interesting part of the man with a motto of “No Beachin’ or Moanin’” is his relaxed way of approaching all aspects of his life — including his politics.

Wagner, who served as council member and mayor of Malibu from 2008 to 2012, is one of six candidates campaigning for three vacant seats on the city council.

In late 2011, Wagner announced he would not run for re-election, but because of a previous proposal, Measure R, being taken to court, Wagner said he felt that he needed to run again.

Wagner explained that Measure R was, “a proposal by the residents of Malibu to control big box stores, and to limit the amount of chain store influences. The proposal was passed in a 60/40 vote, but the city failed to adapt strong enough guidelines. Now, a private property owner has countered Measure R and taken it to court. If it was not in court, I likely would not be running again.”

When Wagner first decided to run for city council, he had no political party behind him and ran simply because people kept telling him he would be a good man for the job.

“Initially, I ran on stupidity. Everyone kept telling me I needed to run because they wanted someone who was not a part of the political program,” Wagner said. “I did not think I would get elected — on election night I didn’t even go to a campaign party, I was sitting at home and kept getting calls from people congratulating me. I thought it was a fluke, but decided to go out and visit all of my constituents at food establishments who served alcohol to celebrate.”

Now, Wagner is a part of a three-person campaign team, Team Malibu 2016. He, alongside former Malibu mayor and current City Councilman Skylar Peak and current Captain in LA County Fire Department Rick Mullen, came together because of their similar goal to preserve and protect Malibu.

“It’s been a pain in the ass, truly, to work with a team,” Wagner said. “You have three different personalities, with three different ways of approaching everything, and three different ideas on a number of topics, but the reason we are together is because, overall, we agree on the general principle that this town was developed for slow growth – not for urbanization. That’s why we are together because we gel on that idea, but there is still enough difference between us for it to be fair to the council and to the city. It’s a balance.”

While most of the other candidates running are focused, in some capacity, on fixing Pacific Coast Highway and building parks, over the next four years, Wagner said he plans to focus on tackling three smaller issues needed in the city that he was not able to accomplish in his prior term: recycling, buying a street sweeper, and obtaining a permanent lease on a tow yard.

“There is no place to recycle right now in Malibu, you would think since we have so many green initiatives, like plastic bag and styrofoam bans, that we would have somewhere, but there isn’t. Think of how the homeless handle this – they need that money,” Wagner said. “You can live off of recycling if you do it like a mini business, but now, all of our homeless people have no income, and they are forced to beg and harass people.”

Long term, Wagner said he has not ruled out the idea of running for an office beyond City Council level.

“The next level up is the California state assembly, or the state senate – major politics. If someone asked if I wanted to run for assembly or Senate, I would do it,” Wagner said. “Right now, I am the guy putting up signs, answering phones, doing interviews, and making sure all of our materials are put out, but at that next level, there are people who can do some of that work for you. This is just fun politics here at the city level – also a little nasty, because people are ugly with each other and with their words, which doesn’t help anyone. The next level though, that is serious politics, but I would do it.”

Overall, Wagner said his past experiences were both enjoyable and valuable, and provided him with useful knowledge on how the city operates and how to get things accomplished.

“Being on council has been so rewarding. It took me about six months to a year to figure everything out, and how it all worked – it doesn’t matter who you are, it takes that long to figure it all out,” Wagner said. “You can’t swing into office and try to fix everything on the first day, it takes time. Often times, whimsical dreams and elaborate ideas sound great, but they will never be accomplished because it takes too long to adjust to it all. That is why I stick to simple ideas and plans. Smaller things, that are definitely needed, but are actually able to be accomplished in four years.”