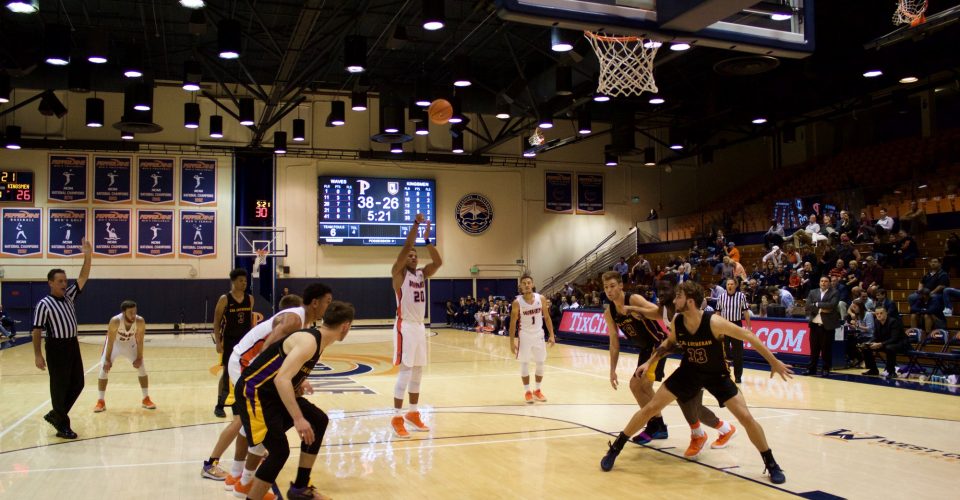 The first loss of the season is always tough, but sometimes it’s better to just rip the band-aid off and get it over with. For the Waves, it was a clean rip Friday against a solid Oklahoma State team, falling 78-47.

While it was refreshing to see a brand-new Pepperdine starting lineup hit the court, they struggled to find their stride as a unit. Defensively, there were glimpses of hope here and there, but on the other end of the court, things weren’t so pretty. Shots weren’t falling and opportunities were lost to turnovers on numerous occasions.

Overall, the Cowboys played better basketball. It’s as simple as that.

Senior guard Amadi Udenyi’s highly anticipated return to the Pepperdine roster was met with somewhat dismal results. In his first start following last year’s season-ending injury, Udenyi posted two points and two assists for the Waves, both below his averages of 5.6 and 4.1, respectively. He sat out the next game after suffering a concussion during practice.

In addition to the two returnees, three Waves made their career debuts as starters. Redshirt senior forward, Matthew Atewe, a transfer from the University of Washington, put in work down low, posting four points and four rebounds. Freshmen guard Colbey Ross totaled nine points, draining all seven of his attempted free throws.

Alongside Ross was freshmen guard Trae Berhow. Berhow led the Waves with 13 points and eight rebounds, proving the undoubtedly important role he will play on this newly developing Pepperdine team.

A loss to a top-tier team like the Cowboys makes it increasingly clear where the Waves are lacking, and as Friday’s game indicated, the Waves lack the ability to knock down shots. It’s back to the basics; making baskets wins games. If the Waves continue to shoot 25 percent from the field and 18-29 from the free throw line as they did in Oklahoma, there’s going to be real trouble down the road — especially when it comes to teams like Pacific and LMU, who one hopes should be easily beatable.

Not only were the Waves incapable of getting the ball through the net, it was evident that this new team had trouble coming together and playing as one. While the docu-series “Both Feet In,” had me optimistic about the chemistry and cohesiveness of the 2017-2018 Waves, Oklahoma was a reality check.

While it was a discouraging first game, it was not at all surprising. This team is starting from scratch and is going to be heavily influenced by newcomers, both freshmen and transfers. In Oklahoma, the Waves propelled themselves only by the talent of individuals, an obvious mistake, but seemingly the last resort. Sure, it would have been nice if they figured out the “team stuff” over the summer, but practicing it in Firestone and executing it in a real game against a competitive team are two completely different beasts.

As the season continues and the Waves match up against teams of similar caliber, I hope they can find the stride they so desperately need to make this season just a little bit better than last year.

From new debuts to anticipated returns, the first few days of the new college basketball season already has given us many storylines to look forward to.

Yet in the first two games for the Waves, it was a tale of two teams.

The heartbreaking 78-47 opening night loss to Oklahoma State on the road was certainly not the way the Waves wanted to begin the season, but there were many positive things to take away from the game. While they struggled on the offensive end, there is a lot of promise to be seen from the newcomers on the roster. It was also nice to see Edwards and Undeyi return to action after missing last season with injuries. Grad transfer Matthew Atewe, and the freshman duo of Ross and Berhow have also been solid additions for the Waves this season.

Returning to Firestone Fieldhouse, the Waves bounced back nicely with a win over Cal Lutheran, 107-82. It was the first time in almost 10 years that Pepperdine hit the century mark in a game (January 8, 2008 against Hope International, 118-76).

In two games, freshmen Ross and Berhow have been pleasant surprises. Ross is posting 8.5 ppg and 5.5 apg while Berhow is averaging 12.0 ppg and eight rebounds following Tuesday night’s contest.

What’s more interesting is the Waves have now won seven consecutive home openers and improved to 36-9 in home openers in Firestone Fieldhouse.

After the game, it was interesting to see what Head Coach Marty Wilson and junior Darnell Dunn thought about the first win in the books:

Friday’s contest against Northern Colorado is certainly going to be an interesting game, as it will be the second of four in the homestand for Pepperdine, but it will mainly be a test to see how legit and consistent this Waves team is this season.

The first two games of the season were starkly — no, strikingly — different from each other. Honestly, there’s not too much to glean from a drubbing at the hands of a Power-Five school, followed up by thrashing a Division III school at home; the level of competition varied dramatically.

What can be said about Pepperdine’s team so far, however, is that its newcomers are the backbone of the team. Specifically, the trio of freshman guards Berhow, Ross and Jadé Smith have filled the box score in the season thus far.

Now, here’s the part where Math majors (or anyone with a basic knowledge of statistics) should hoot and holler about small sample sizes. And this ruckus is definitely warranted.

Yes, Pepperdine has only played two games. But take a look, y’all:

Pepperdine’s trio of freshman guards have averaged over 20 minutes per game so far. All three have recorded at least one start (for what it’s worth, Ross and Berhow have two). And — better yet — they have led Pepperdine in major statistical categories during their first two collegiate games.

Berhow is the only Wave to score in double figures for both games, as his 13-point output was one of the few brights spot in the Oklahoma State loss. With Eric Cooper Jr.’s status up in the air with his shoulder injury, having Berhow’s offensive production will be invaluable as the young Waves find their collective identity.

But the “galactic brain” panel of the expanding brain meme is his rebounding. Berhow grabbed eight rebounds in both games, which is impressive considering he’s a freshman guard. Rebounding was an issue going into the season, but if the Waves can rely on Berhow to back up Pepperdine’s lack of size on the paint, then Marty Wilson and Co., could have a real stud on their hands. Could Berhow sneak in a few double-doubles this season? Absolutely.

Speaking of double-doubles, it wouldn’t be surprising if fellow freshman guard Ross notched a few of his own. With Udenyi out of the lineup against Cal Lutheran due to a concussion, Ross took over as the primary ball handler.

So how was his debut as the starting point guard? Ross shot 3-6 from the field (including 2-2 from the charity stripe) and had an 8:3 assist-to-turnover ratio. Not only that, Ross was an effective communicator on both ends of the floor, which was — yet again — a pleasant surprise for a freshman making his second collegiate start.

Who would have guessed that a two-time Colorado Gatorade Player of the Year and state champion could, perhaps, have a knack for the college game too?

This leaves Smith, who might have the most intriguing upside of the three freshmen.

The stat that pops out immediately is Smith’s team-leading seven steals. Granted, he won’t be hounding Division III-caliber guards every game, but three of those steals were from the Oklahoma State game. Not only that, but Jadé can play off the ball effectively and even run the offense when either Ross or Elijah Lee aren’t on the floor.

And he can pass:

A nice assist from @_Jahduh and a nicer finish from @MatthewAtewe41 helps the Waves take a 15-11 lead into the first media timeout. #WavesUp pic.twitter.com/mYFZAY5LYB

All in all, watching this freshmen trio will be interesting as the season continues.

Next up, the Waves will host the Northern Colorado Bears on Friday at 7 p.m. Here’s how we think this game will shake up:

Arthur: 69-61, Pepperdine – Following a huge win over Cal Lutheran, I’m taking Pepperdine in this one. Although I think it will be a close game, Ross is going to have a great game that puts him on the radar.

Sam: 80-72, Pepperdine – I expect the Bears to put up a good fight against the Waves, but if Pepperdine can perform offensively as they did against Cal Lutheran it should be a successful night in Firestone. 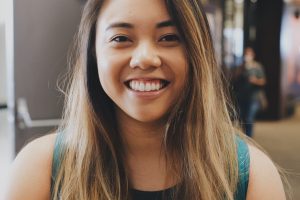 Photo by Chad Jimenez"I just really love the Pepperdine community here and I have been growing and getting to know the freshman,...
Copyright 2013 Jupiter Premium Magazine Theme
Back to top