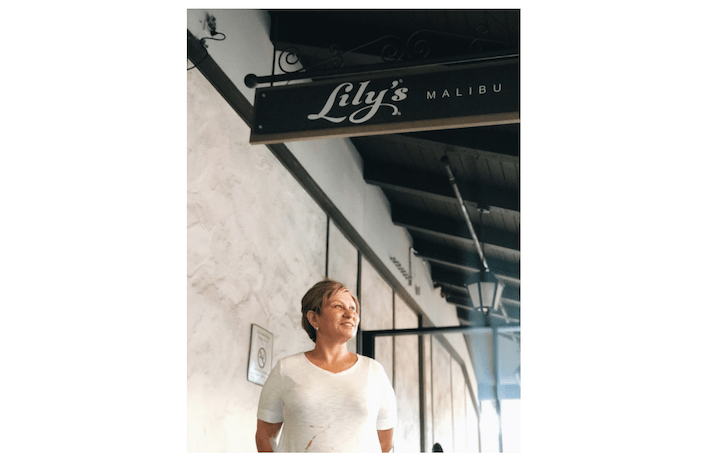 Tucked away in Point Dume Plaza is a not-so-hidden gem of the Malibu community: Lily’s. Perhaps most famous for its breakfast burritos, the unassuming restaurant has been a staple in the community for over 30 years. Far more enticing than the scrumptious eats, however, is the captivating personality of Lily herself.

Lily Castro, a 49-year-old Salvadoran, came to the US at 18 with her husband, Abel, and what she described as a burning desire for success. Her journey has been all but simple, but the restaurant stands some 30 years later as palpable proof of a dream fulfilled.

“The American dream,” Castro said. “That’s why I came. I have always loved cooking, and I always dreamed of owning my own business.”

The Castro couple devoted their efforts to the pursuit of “the dream” as soon as they arrived in the US. They acquired a donut shop from Lily Castro’s sister and turned it into the restaurant a few years later, which Castro said was no simple feat.

“I used to work 14 hours a day when I started,” Castro said. “Nothing comes easy.”

This outlook on life has brought Lily to where she is today. Castro opened the restaurant with her husband 31 years ago with the goal of providing people with flavorful, fresh, homestyle food. The eclectic fare, she said, does not align with the cuisine of any one culture in particular but is instead “Lily style.” Castro, to this day, goes into work seven days a week with unwavering passion and enthusiasm.

It is this passion for life that has carried her through the most remarkable journey in America over three decades of hard work, loss, triumphs and resilience.

“I lost my daughter in January,” Castro said. “I lost my husband, too.” Castro also casually said she battled cancer three years ago.

Despite being faced with multiple hardships, her positive attitude continues to shine through. The people of Malibu, she said, have helped her move forward; to her, they are family.

“After my husband passed we had to close the restaurant for a while,” Castro said. “When we re-opened, there was a two-hour-long line for our burritos.”

People didn’t mind waiting, she said — they were there to support her. The community and her business have been immense sources of support in her life.

“If it wasn’t for this, maybe I couldn’t [carry on]; this keeps me alive,” Castro said.

This sentiment is reciprocated by her regular customers. USC alumnus Mahmoud [last name not provided], came to the US from Iran in 1972 and has been returning to Lily’s ever since he discovered it 11 years ago.

“If you want to be successful and hard-working and have everyone love you, [Castro] is the perfect role model,” Mahmoud said. “She has a personality that everybody loves, and she is humble.”

“I love [Lily’s],” wrote Nihal Singh in an email. “It’s good food, and the service is quick and efficient.”

Castro’s devotion to hard work, good quality and exceptional service keep people coming back. The quintessential component of her work ethos, however, is staying humble. Some days one will find Castro greeting customers, but one could just as easily find her cleaning tables, serving, cooking or working the register.

Twenty-one-year-old Guatemalan Christian [last name not provided], who has worked at Lily’s for a year and a half, said her all-inclusive work ethic is reflected in her day-to-day actions. Loosely translated from Spanish, Christian said, “Many owners stray from their workers. Instead, she is always spending time with us.”

Castro is, according to her customers, the epitome of grace, generosity and resilience. Her warm personality and the diverse menu items at her restaurant keep customers coming back to this popular Malibu location. Lily’s will remain open during the shelter-in-place order until further notice.