Player of the week 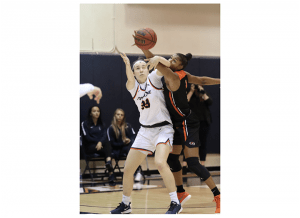 Ashleen Quirke reaches for the ball after it is deflected. Photos by Ali Levens Following a tough 67–69 loss on the road against the University of Portland, the Pepperdine Women’s Basketball team rebounded to defeat the University of the Pacific Tigers, 59–54. In an alternating game of runs, the Waves prevailed against their opponents with their leading scorer, … END_OF_DOCUMENT_TOKEN_TO_BE_REPLACED 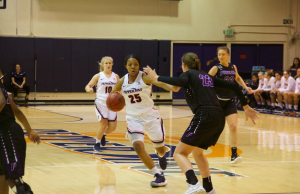 Photos by Joanna Cabalquinto Robinson-Bacote put up 31 points with 10 rebounds against Portland on Thursday, Feb. 1 for her eighth double-double of the season. Her strong offense continued into Pepperdine’s next game against Pacific two days later on Saturday, Feb. 3, during which she scored 31 points again with eight rebounds. With her display of both offensive and … END_OF_DOCUMENT_TOKEN_TO_BE_REPLACED 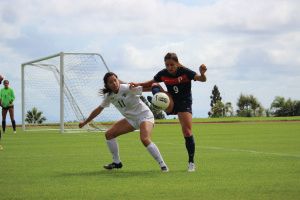 Graphic File Photos Pepperdine women’s soccer has begun its 2016 campaign in fine fashion. Despite drawing their Sunday matchup with Cal State Northridge, the Waves are 4-2-1 and ranked No. 21 in the nation. Pepperdine has already knocked off marquee programs such as Arizona, Kentucky and Maryland in the young season. Despite having a daunting non-conference gauntlet, ranked … END_OF_DOCUMENT_TOKEN_TO_BE_REPLACED