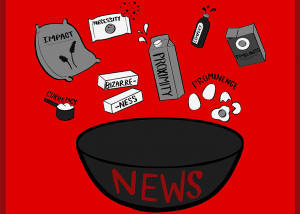 Art by Madeline Duvall The news cycle is a household American phrase. It seems that every minute is occupied by this endless cycle of information, especially in today’s media landscape. But what exactly is it? Technically speaking, a news cycle is the time that passes between the release of news editions, according to the Oxford English Dictionary. By this definition, … END_OF_DOCUMENT_TOKEN_TO_BE_REPLACED 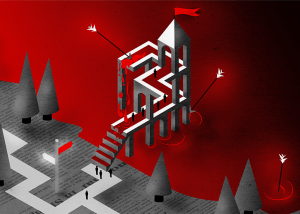 Art by Samantha Miller As a problematic phrase with dehumanizing connotations, "if it bleeds, It leads" represents the reality behind why the most gruesome stories get breaking coverage and front-page news. Are people being subconsciously desensitized to death, violence and pain with constant exposure to the worst parts of humanity? The issues of this phrase imply that … END_OF_DOCUMENT_TOKEN_TO_BE_REPLACED 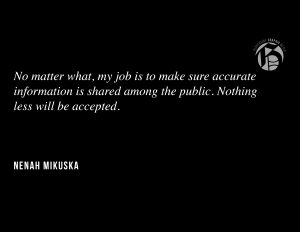 Art by Peau Porotesano Full confession time: This was never part of the plan. I never intended on being a journalist. My plan was to go to law school. I joined the Graphic in order to get some critical feedback on my writing and have experience writing and publishing my work. I never thought I’d fall in love with journalism and pursue it as a career. I recognized … END_OF_DOCUMENT_TOKEN_TO_BE_REPLACED 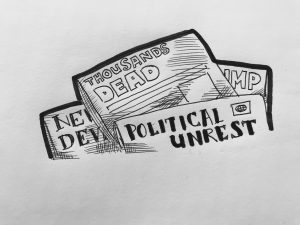 Art by Peau PorotesanoThe news tends to have an overwhelming nature due to the speed at which it is released. Since so much information is released so quickly, it can be easy to ignore the news and instead, allow our opinions to form based on what we already know. However, it is vital to remain vigilant without being overwhelmed. For example, President Donald Trump just signed … END_OF_DOCUMENT_TOKEN_TO_BE_REPLACED