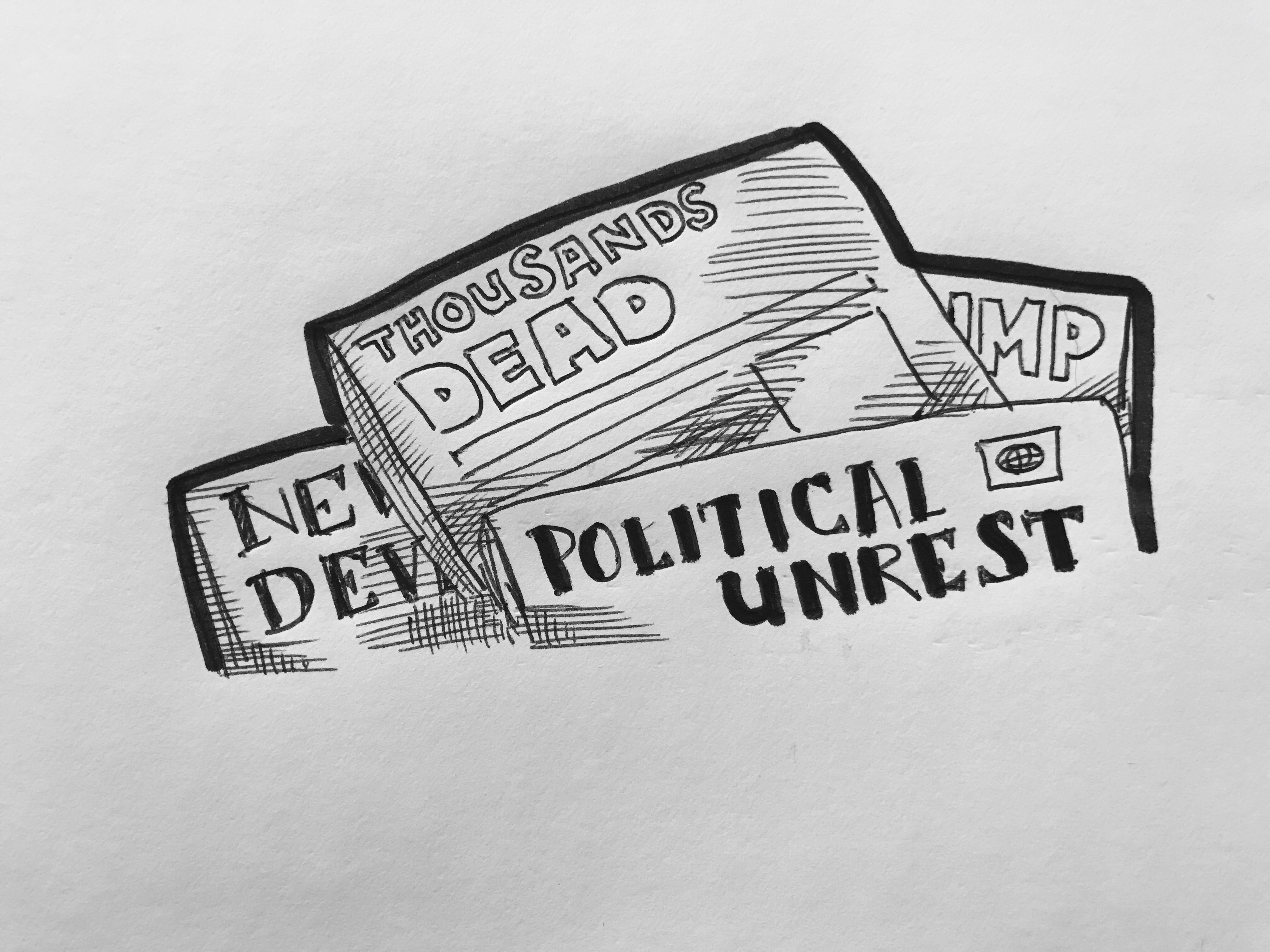 The news tends to have an overwhelming nature due to the speed at which it is released. Since so much information is released so quickly, it can be easy to ignore the news and instead, allow our opinions to form based on what we already know. However, it is vital to remain vigilant without being overwhelmed.

For example, President Donald Trump just signed another executive order on immigration. This time, the wording is much more precise, so it takes more time to understand how this order will affect immigration.

It’s easy to already be decided for or against on this matter, but as the issue continues to develop, pay close attention to the details and implications of this new order. Whatever one believes about this issue, it is undeniable that information is released at an impossible speed. It is a complicated issue and each new piece of information is important to how Americans should respond to such an order.

The first thing to avoid is allowing emotion to step in the way of rationality. It’s good to be mad when injustice is happening, but outrage only goes so far. Don’t read the news just to feel angry.

“Every news story promotes outrage, which puts the stories higher in your feed, which prompts more coverage, which encourages more talk, and on and on. We saw this effect before Mr. Trump came on the scene — it’s why you know about Cecil the lion and Harambe the gorilla,” according to Farhad Manjoo’s article “I ignored Trump news for a week. Here’s what I learned,” published Feb. 22 by The New York Times.

Stories that make readers angry are more prevalent because they are shared more on social media, but that doesn’t mean it is the most important information.

Choose diverse and trustworthy platforms to listen to, but don’t try to listen to everyone and don’t stick to one area of the news. President Trump certainly takes up most of the coverage today, but there are other important things happening besides every new scandal his administration pumps out. Go past the click bait articles and the big headlines and consume news responsibly.

The response to negative news should not be to absorb it and allow it to take over our thought process. It’s easy to become a pessimist while watching the news. A lot of the time, it’s overwhelmingly sad or anxiety inducing. However, the way to combat this is to turn the negative energy into productivity. Write, work, create and develop a response to what’s happening. This energy needs to go somewhere, and it should go into something that adds to the world instead of taking away.

In addition, don’t forget to look at the positive stories. Reading about productive stories balances out the negative emotions developed by continued issues.

The news may be vast and develop at a rapid pace, but it’s important to pay attention in spite of that. Keep updated, stay rational, and wait for stories to develop fully. History is happening right in front of us and tomorrow will depend on how well we remember today.