Broadcast journalist alum Kristin Vartan recaps the 2021 Oscars on 23abc in an Instagram Reel on April 26. Vartan said entertainment journalism brings people relationships with the people they see on the screen. Photo Courtesy of @kristinvartan Within the field of journalism, there are many unique subfields, but only one involves reporting live from a red carpet, surrounded … END_OF_DOCUMENT_TOKEN_TO_BE_REPLACED 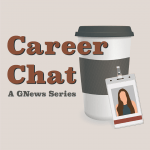 Matt Deseno, professor and founder of BAAM marketing agency, shares how he got his entrepreneurial start and advice for creating an ethical business that serves a need. "No one no one starts off at anything amazing," Deseno said. "We all start off pretty pretty bad and it just takes perseverance, to keep on being bad at it long enough to eventually get good at … END_OF_DOCUMENT_TOKEN_TO_BE_REPLACED

Photos by Julia Naman Casey's Cupcakes began in the kitchen of a hotel in Riverside, California more than seven years ago. Since then, founder Casey Brown (formerly Reinhardt) has competed on, and subsequently won "Cupcake Wars," opened several more locations and started a family. The first Casey's Cupcakes opened in 2009 — during Brown's junior year at Pepperdine — at … END_OF_DOCUMENT_TOKEN_TO_BE_REPLACED 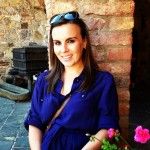 Photo Courtesy of Shannon Urtnowski Pepperdine alumna Shannon Urtnowski has been nominated for a News and Documentary Emmy award for her work as a NBC Nightly News producer. She worked on a series of reports called "The Trail of Tears," which highlights the growing refugee crisis in Europe. The series received Emmy nominations in two categories: "Outstanding Continuing … END_OF_DOCUMENT_TOKEN_TO_BE_REPLACED

Photos Courtesy of Ron Hall Two recent Seaver College graduates have been awarded Fulbright Scholarships. Danielle Claypool ('16) and Lauren Haberstock ('16) will use their Fulbright awards to teach internationally in the fall as English Teaching Assistants (ETA). Claypool, who who just received her bachelor's degree in English Literature, will teach in Turkey as an ETA during … END_OF_DOCUMENT_TOKEN_TO_BE_REPLACED