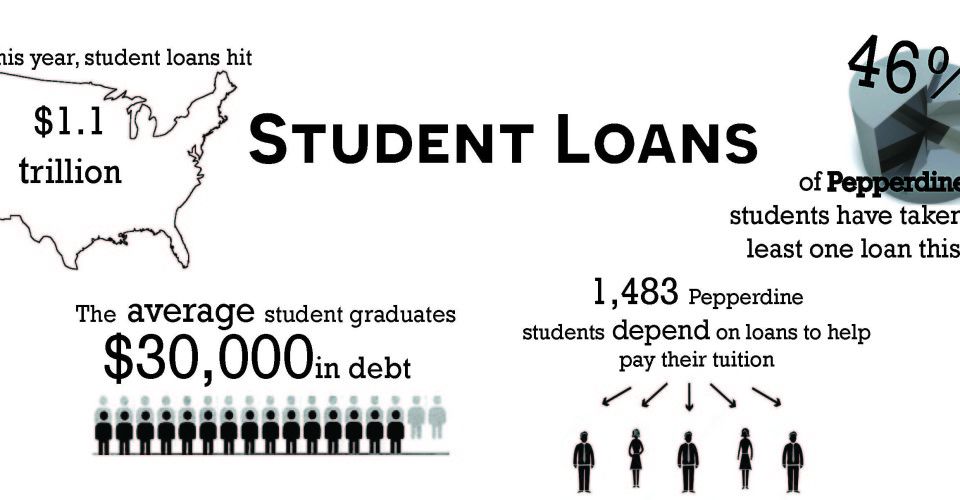 This year student loan debt in the United States hit $1.1 trillion, and the average undergraduate who has taken out a loan is graduating about $30,000 in debt, Kevin Carey reported for The New York Times.

A significant portion of Pepperdine’s student body is contributing to this national debt. Associate Director of Loan Programs at Seaver College Vickee Killian said approximately 46 percent of students enrolled at Seaver have taken out at least one loan during the 2014-2015 school year. Of the current 3,202 Seaver undergraduates, 1,483 are relying on loans to help pay for their tuition.

Student loans make attending college possible for many who would be unable to pay the entirety of their tuition alone. Loans can help “foster the sense of capacity to control one’s circumstances,” Min Zhan reported in the Journal of Sociology & Social Welfare “The Impact of Youth Debt on College Graduation,” published September 2014. They allow people to attend the school that they want and graduate with a degree in the major of their choice.

But paying them off can lead to stress and anxiety. Zhan found that it is harder for young adults to establish themselves after they graduate when they are solely focused on getting themselves out of debt. College graduates cannot save their earnings or invest in the future when they have to put paying off their loans above everything else.

Junior Kailey Rodden said she has taken out $10,000 in loans since she started at Pepperdine to take some of the pressure off of her parents. Rodden said her mom does not work, and her dad is a fireman, leaving her college tuition and her brother’s private high school tuition dependent on just one salary.

Now she is working two jobs to pay off her loans and said it is important students realize what they are getting themselves into when they borrow money. “Too many students choose to go into debt in order to go to their dream school,” Rodden said. “My friend had to transfer from Pepperdine after two years because she couldn’t afford the tuition anymore. Cheaper schools offer a similar education. You have to look at all of your options, and sometimes starting at cheaper colleges and transferring to more expensive ones later is the best option.”

Freshman Jacob Zimbelman has taken out two loans and is also working to pay off his debt on his own. Zimbelman said his parents would like to help, but that is not an option.

“I came to Pepperdine despite the loans because anywhere I went would’ve put me into debt,” Zimbelman said. “Education is important, and I didn’t want to settle for a community college. Maybe that was unwise. I think the education is worth it, though.”

Freshman Shelby Johnston does have some concerns for the future. This year she borrowed both an unsubsidized loan — which the borrower must pay interest for even while they are enrolled in school — and a subsidized loan, for which the U.S. Department of Education pays the interest for until six months after the student’s graduation. Her parents also took out a PLUS loan, a fixed rate federal loan offered to parents of undergraduate students.

“The loans don’t look bad until I realize that I need them for all four years. I want to be a teacher, and I’m worried that after graduation I won’t be able to make any money until that fall. That’s a long time before I’ll be earning money,” Johnston said.

Some students, such as freshman Halee Dobbins have not borrowed money, and are instead paying for their tuition with the help of federal aid. Dobbins said she would not have put herself into debt to attend Pepperdine if it had come down to taking out loans.

“If I hadn’t gotten the aid that I did, I probably would’ve gone to community college for two years,” she said. “Loans would’ve put a lot of stress on my grandparents, and they’re the ones who are paying for the rest of my tuition. I have a job at Starbucks, but it wouldn’t be enough for me to feel confident in paying back thousands of dollars in loans.”

As a senior who took out two loans per semester, Pierce Azarcon said his debt will benefit him in the long run.

“I didn’t get a lot of financial aid because my family didn’t qualify, so loans were the only way I could attend Pepperdine,” he said. “But if you’re fiscally responsible after graduation you shouldn’t have to struggle for more than a few years with the diploma that you’ll have.”

Junior Lauren Dills is less certain about getting out of debt, having taken out three loans since transferring to Pepperdine in the fall.

“I came to Pepperdine because of the value of a degree from this school,” Dills said. “I’m hoping the value will make paying off the debts easier, but I really don’t know.”

If You're Reading This, It's Not Too Late 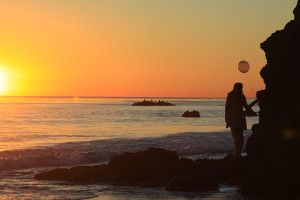 Photo by Shawn JonesThe so-called “sophomore slump” can be found in universities across the nation. Sophomores...
Copyright 2013 Jupiter Premium Magazine Theme
Back to top