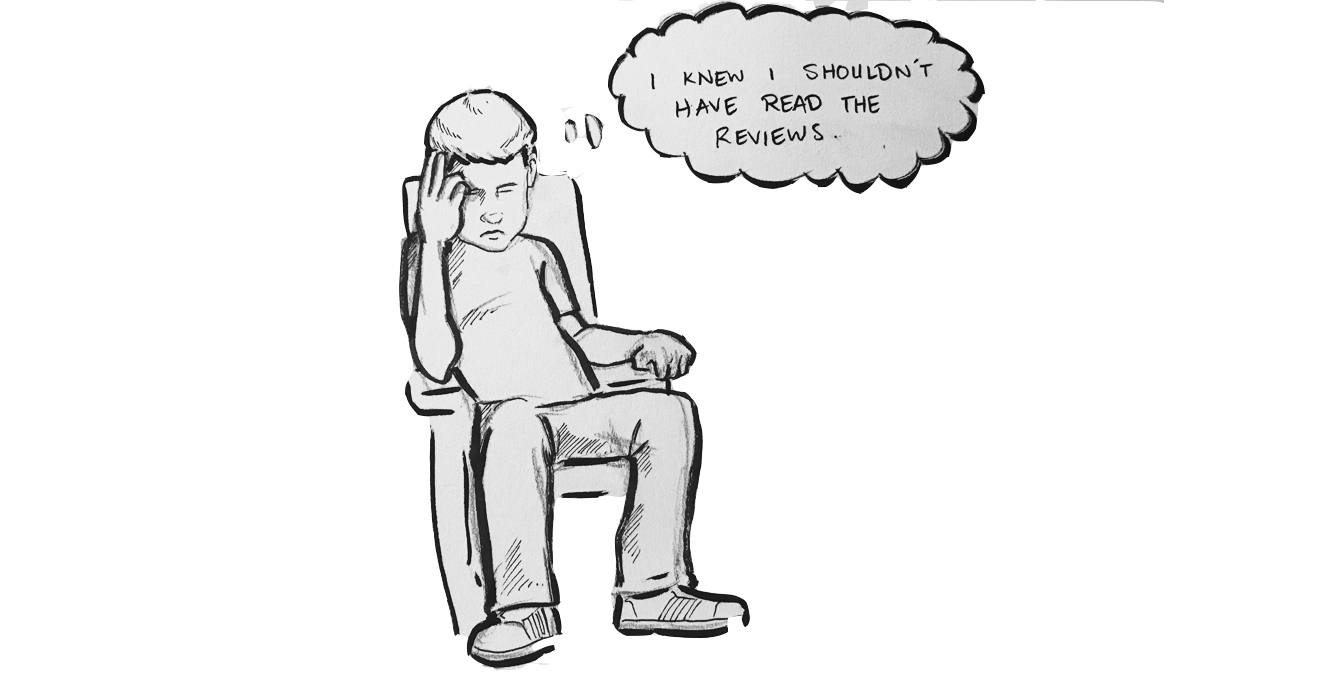 Watching a new movie can be one of the best and most thought-provoking experiences. The process of analyzing and forming an opinion about a film is enriching. Unfortunately, many consumers of media enter new movies with a preconceived notion about the quality of the film they are watching.

These notions are the result of people reading critiques of new films before actually viewing them. In order to have the best experience when watching a movie, it is crucial that people do not read reviews and critiques beforehand.

Leaving a theater feeling cheated out of what I thought would be a fantastic film is something that I have experienced countless times. When the movie “The Shape of Water” came out, it received a 92 percent from Rotten Tomatoes and an 87 percent from Metacritic. Based on these high ratings, I expected the film to blow me away.

Instead, I was sorely disappointed. I found myself waiting for the film to “wow” me in some way, but it never did. Since I went into the film with the idea that I would absolutely love it, the way I viewed the film was stunted by that preconceived notion. I wasn’t the only one who felt this way, too. Film critic Justin Chang stated that he “wanted to love the Shape of Water more than he did” during an NPR radio show.

It’s important to remember that most art forms are subjective. A certain film can appeal to a certain group of people more than others. A negative review of a film does not make it bad art, it just means that one person disliked it. Often times people will miss out on something they could have truly enjoyed because they wrote it off due to a negative critique.

So, who are the critics deciding what’s good and what’s bad anyway? The two leading critic websites are currently Rotten Tomatoes and Metacritic, and their ratings and reviews really shouldn’t be followed in the first place. Both sites “rank selected critics’ reviews, and tweak the rankings to favour films with a large number of positive reviews,” according to Matt Reynolds’ article “You should ignore film ratings on IMDb and Rotten Tomatoes,” published Oct. 24, 2017 by Wired.

The box office also demonstrates how seriously critic reviews are affecting what people watch and enjoy. More times than not, movies with higher critical reception will do much better at the box office than movies that scored average or below average with critics, according to Sean Fennessey’s article “Can Rotten Tomatoes Crush a Movie at the Box Office?” published Aug. 16, 2017 by The Ringer.

Many movies end up getting passed up on by individuals because of critical reception. However, as stated previously, art is subjective, and many people may have seen and enjoyed movies that they had previously written off due to poor reviews.

It is crucial that consumers go into a new movie with an unbiased mind in order to fully appreciate what they are watching and form their own opinions. After viewing, however, reviews can be enjoyable to read in order to see how one’s actual opinion stacks up against the critics’.