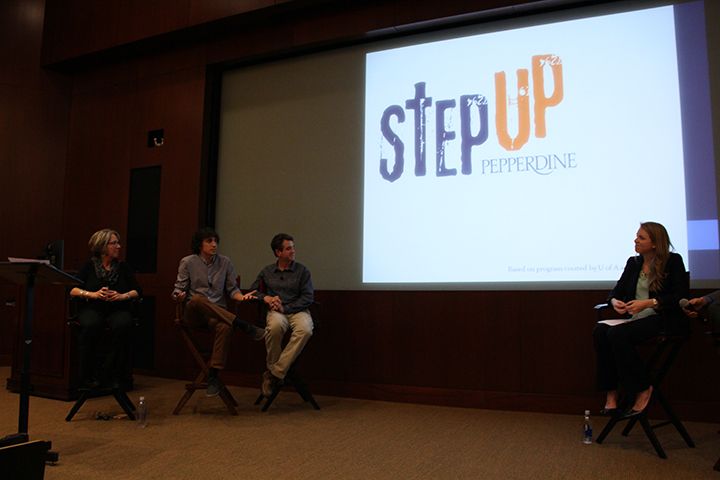 “This campaign started as part of an initiative to combat Pepperdine’s loneliness problem in conjunction with the Counseling Center,” said senior and Student Government Association President Ralph Sampang.

“Last year’s SGA worked toward tackling that issue; we wanted to continue that this year,” he said. “We want to provide students with ways to get students more connected to each other. Also, with the recent suicide tragedy and the loneliness issue, it proved to be a great combination at a great time for starting the campaign.”

Director of the Counseling Center Connie Horton emphasized the importance of asking, “What does it mean to be a neighbor?” instead of, “Who is my neighbor?”

“Using [the Good Samaritan] was natural for this occasion,” she said. “It was a great segue to the goal of the campaign.”

Horton went on to give an example of the difficulty of acting as a Good Samaritan through a study done at the Princeton Theological Seminary on the bystander effect. The study showed that students were less likely to help a person out on the street — despite consciousness of the Good Samaritan message — when they had to hurry towards a presentation or commitment.

Assistant Director of the Counseling Center Robert Schultz addressed the problems that came from the study and how they are similar to students’ problems with the bystander effect.

“The problems come from conformity and diffusion of responsibility,” he said. “Students face the same problems when helping each other out in a community.”

With that in mind, the focus then shifted toward the campaign.

“The two ways that students can help Step Up are by living out your values and through perspective taking,” he said.

Schultz then presented a model for bystander intervention.

“The model for Step Up Pepperdine is simple: notice the event, interpret the event, assume responsibility, know how to help and step up,” he said. “With the series, we will go more in depth in assembling a playbook of tools for knowing how to help.”

The marketing team of the campaign introduced the Live Safe app, an app that encourages taking precautions and taking account of a friend’s potentially dangerous situation.

Before concluding with a prayer, the short Q&A session began.

Junior Lena-Sophia Boerries sparked a moment of suspense for the room with a question about stepping up for the LGBT community.

“We’re the same in the eyes of God. We need to practice what we preach,” she said. “Instead of going to Yik Yak with our problems, we need to write to President Benton or the Graphic and actually do something about it.”

Junior T’Airrashay Minnitee shared similar thoughts. “Although the presentation of the issue was kind of awkward with the unrelatable examples, we do need to step up as a community and take [the issues of loneliness and the LGBT community] seriously,” she said.

Freshman Alex Corwin said he thought the event was “effective” but the Q&A session was “weak.”

“The event was effective in providing in-depth details, but the response to the LGBT question was weird,” he said. “The administration can only do so much [in response to creating a good community]. It begins with us [the students], or at least it should.”

Overall, the students, SGA, the Counseling Center and the marketing team all agreed on what is necessary for the program to take root: the students’ participation.

Students can download the Live Safe app through the Apple Marketplace and Google Play. 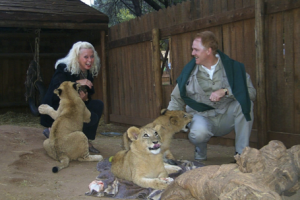