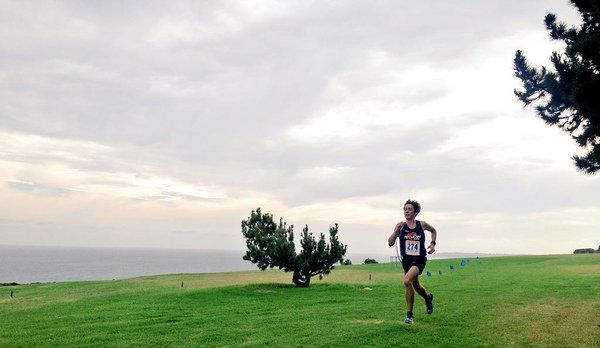 Not many things can improve the beauty of Pepperdine’s campus (perhaps functioning fountains, a stack of $100 bills on every dorm’s doorstep or sophomore cross country star Nick Heath gapping the competition on Alumni Park could, but I digress). Several prominent online rankings, listicles and raving tweets can’t be wrong: Malibu’s oceanic panorama is a one-of-a-kind setting for a university.

So why not attend a sporting event at such a place?

Pepperdine and its Instagram-worthy campus will host 50 collegiate sporting events in eight different sports during the fall semester. The weekly rotation of on-campus sports can’t be a better mix of athletic prowess, school camaraderie and pure fun; casual fans can come for the views, diehards can stay for the sports. For brevity’s sake, here are five must-see, on-campus sporting events.

For the second straight year, both the men’s and women’s cross country teams will kick off their season in Malibu. The looping, compact five-kilometer course is spectator friendly; unlike watching races at most cross country courses, spectating at Alumni Park doesn’t require jogging from end to end of the course in order to watch a meager amount of race action. Simply sit on one of the stone benches and watch sophomore star Nick Heath continue the next chapter of his school record-breaking career.

Spread the word: Pepperdine women’s soccer has returned ready to prove last season’s lackluster 8-9-2 record was a fluke. The Waves are ranked 20th in the latest NSCAA Coaches’ Poll thanks to two convincing wins over two teams of Wildcats. The Waves kicked off their season (pun intended) on Aug. 15 by shutting out the Arizona Wildcats 3-0. One week later, Waves dispatched the Kentucky Wildcats by a score of 3-1.

Meanwhile, UCLA surged up the rankings by romping San Diego State University 5-0 and eking out a 1-0 win against Texas A&M. Assuming both the Waves and the Bruins will continue their winning ways, this Sept. 16 matchup could be an early-season clash of unbeaten in-state rivals with national rankings on the line.

Few college freshmen can claim they’ve been to a Final Four in any sport, but sophomore Luisa Stefani can. Last season, the Florida via Sao Paulo product became the first Pepperdine tennis player (regardless of gender) to win the Intercollegiate Tennis Association Rookie of the Year award. Unlike most one-and-done standouts — yes, those do exist in tennis — Stefani has opted to return to Malibu for her sophomore year.

Although Stefani and company will have had three USTA Pro Circuit tournaments under their belts by the time the Riviera/ITA All-American Championships begin in Malibu, this midseason tournament will be the tennis team’s first opportunity to shine at home.

Although the Waves host San Diego State in a swim-only dual meet to kick off the season on Oct. 6, the Malibu Invitational will be the first major meet of the season for both swimmers and divers. Led by six seniors — including Pepperdine Graphic Staff Writer Erin Himes — the Waves aim to improve on the 2015-16 campaign, which added two school records and a whopping 17 top-five times to the school record book.

Plus, Raleigh-Runnels Memorial Pool has its share of history. Not many campuses boast an Olympic competition site, but Pepperdine can. During the 1984 Olympics in Los Angeles, both the group stage and the medal rounds of men’s water polo occurred at the Raleigh-Runnels Memorial Pool. Check out the tribute to the ’84 Olympics on the northwest side of the complex (no, it’s not a Pokéstop) or recreate the United States’ Speedo-heavy team picture with your suitemates in between heats.

Can a dry campus have fun on a Friday night? If “fun” means “watching a mid-major basketball team start its season by schooling a sub-.500 team from the Big West,” then absolutely.

Yes, Cal Poly finished last season with a 10-20 record, which was good enough for eighth place in the conference, according to ESPN’s rankings. But — with all apologies to San Diego Christian — at least Pepperdine’s opening opponent isn’t from the NAIA.

Although the current version of the men’s basketball team features twice as many newcomers (six) than returning starters (three), the Waves’ steady resurgence warrants enough excitement for the 2016-17 campaign. According to sports-reference.com, Head Coach Marty Wilson’s crew has improved its win-loss record over the past four seasons. In a conference where the only sure bets are the top three oligarchy of Gonzaga, Saint Mary’s and BYU, this level of consistency is a rarity.

As an added bonus, the men’s basketball team usually saves its best performances for Firestone Fieldhouse. Last season, the Waves were undefeated at home in non-conference play and carried their momentum into WCC play. By the time students returned for the spring semester, the Waves had a a 9-0 record at home, including a win over Saint Mary’s, the eventual WCC regular-season champions.