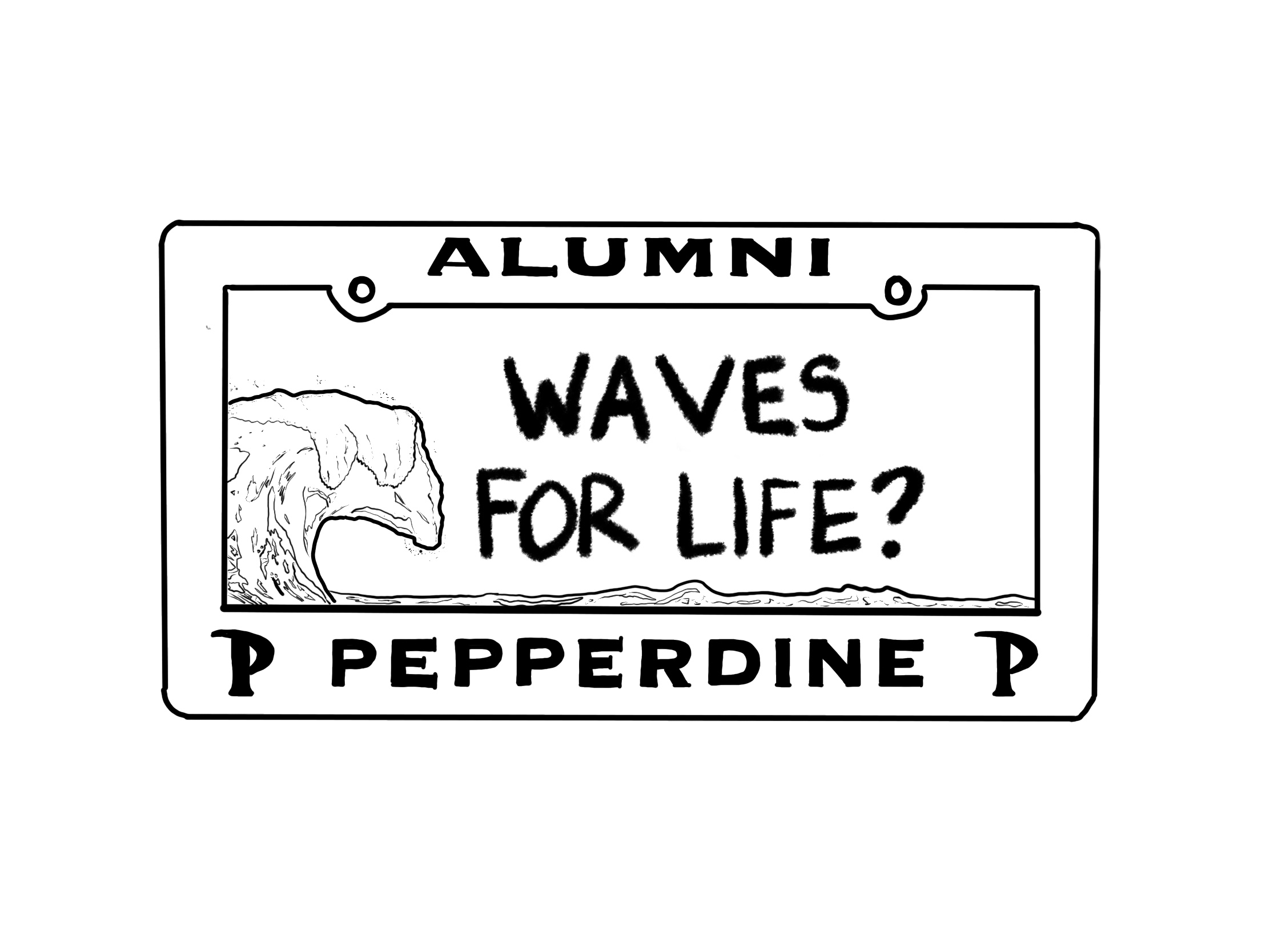 As students at Pepperdine, we hear a lot about the alumni. They are a central target of the annual Give2Pepp movement, they bustle around in their designated T-shirts during Step Forward Day, and they even sit in the Caf during Waves Weekend. Along with the occasional celebrities to set foot on campus, Pepperdine also has some star-studded alumni as well. It’s easy to claim “Twitches” Tia and Tamera Mowry or “Gossip Girl’s”Chase Crawford as our own, yet it seems to be more complicated to acknowledge other important and controversial alumni.

It’s no secret that Pepperdine alumni are involved in the community. They support the school through donations, finances and a presence on and off campus. However, how does Pepperdine support its alumni once they’ve graduated?

Recently, the nation tuned in to see Dr. Christine Blasey Ford testify against Brett Kavanaugh, but the Pepperdine community watched from the unique perspective of witnessing an alumna take the stand.

Cable news networks and major broadcasters streamed the hearing live for viewers which had “an estimated 20.4 million adult viewers,” according to The Atlantic.

While students, staff and professors tuned into the hearings, there was no official comment from the Pepperdine administration. In the days before the hearing, the Graphic published an article about Ford and her time at Pepperdine. Ford was a 1991 graduate from the Graduate School of Education and Psychology with a master’s in clinical psychology. She also served as a visiting professor at Pepperdine from 1995 to 1998.

While this is a recent story of a Pepperdine alumna who received national coverage for a controversial event, how does Pepperdine engage these difficult topics? Alumni involvement is crucial to the university, yet support for graduated students is important to our school as well.

Looking at the numbers alone, it is clear to see that Pepperdine alumni are involved with their alma mater. According to a recent Graphic article, about 200 to 300 alumni attend Waves Weekend. However, it seems that even the former Waves who have scattered across the world in their new lives stay in touch. Every year, Pepperdine raises money through fundraisers involving alumni, current students, faculty, staff and the “friends” of Pepperdine.

In the first Give2Pepp Day in 2017 the community raised $562,049 for the university according to the event’s website. Of the total amount raised in 2017, alumni accounted for 1,295 of the gifts out of the total 1,775 donations from students, faculty, staff, alumni, family and friends according to the website. Alumni made up more than half of the donors that day, a statistic that shows they are still dedicated to the school.

Alumni donations also contribute to scholarships, research programs and community development. Pepperdine alumni Marylyn M. Warren, vice president of eHarmony.com, and Glen A. Holden, a U.S. Ambassador, initiated the “Campaign for Pepperdine: Changing Lives” in August of 2005, according to its website. The initiative began as a silent phase but then went public in 2011. As of January 2015, Pepperdine’s “Changing Lives Campaign” raised $470 million from alumni, staff and friends in all 50 states and 65 countries.

While fundraising and being involved in the community are important, alumni also represent Pepperdine nationally. According to U.S. News & World Report Best Colleges, alumni giving and donations play a part when calculating the national rank of a college. While alumni giving is weighted at 5 percent, Pepperdine ranked 46 out of 312 national institutions of higher learning because of alumni and other contributing factors.

With alumni remaining so involved in Pepperdine after graduation, the begging question is: What does Pepperdine offer to its alumni?

For those who achieve great success, Pepperdine offers a recognition to its “40 under 40.” Pepperdine’s “40 under 40” are alumni who are innovators in their fields, inspirations in their communities, and leaders by example as the next generation of Pepperdine Waves, according to the website.

Pepperdine also offers benefits, discounts and access to all of its graduates. According to Pepperdine’s Alumni Affairs website, alumni receive a variety of local and national deals with the Pepperdine PerksConnect Program, access to campus facilities and the Career Center, a network to other alumni via PeppConnect, and additional benefits in the form of a myriad of discounts.

Pepperdine consistently highlights the achievements and involvement of its alumni, yet fell silent when faced with the controversy of the Ford hearings. Transparency on these hot topics are important to students, especially when it involves one of our own.

As a student body, regardless of differing opinions and political optics, we hope Pepperdine can continue to stand behind and support its alumni. We hope to see the university make an effort to address the pertinent issues facing our community and nation. From the events of last month, it is clear that there is a lack of recognition when it comes to the difficult issues.

As for Ford, another one of her alma maters chose to recognize her for the events that transpired. UNC Chapel Hill nominated Ford for a Distinguished Alumna and Alumnus Award according to an article written by the The Daily Tar Heel, “I thought this would be a way to signal that we, as her undergraduate alma mater are supporting her,” Jennifer Ho, professor of English and Comparative Literature, said.

As a community, we want to see active and productive communication in both the easy and the tough times for Pepperdine. Rather than taking a side in a hot topic issue, Pepperdine should address the news and events that impact both the on-campus and alumni communities. Recognizing the challenges our alumni face does not necessarily have to come in the form of an award, but the least Pepperdine could do is acknowledge or comment on national events involving an almuna.