Staff Editorial: Dear HRL: I need a home, not an automated message 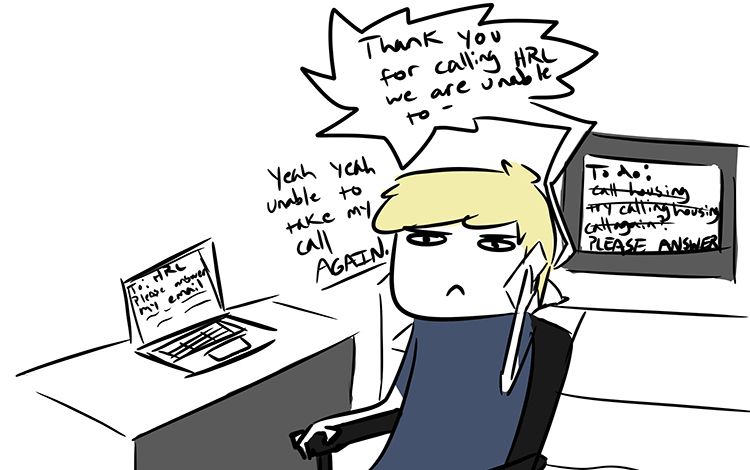 George Bernard Shaw famously claimed that “the biggest problem in communication is the illusion that it has taken place.” Housing and Residence Life recently received a personalized lesson in the results of such non-communication communication.

Students received an email from HRL on Aug. 12 detailing changes in the housekeeping policy designed to eliminate trash removal and cleaning in student apartments. HRL emphasized that the change was made to increase students’ privacy and provide a more realistic living experience, but students didn’t hesitate to express their frustration with the new policy.

After opposition to the changes increased, HRL wisely withdrew the plan for this academic school year. HRL then admitted reallocating housekeeping resources to Facilities Services was, in fact, a significant driving force to proposing the change.

Students’ frustration with HRL wasn’t solely sparked by the housekeeping controversy — rather one manifestation of a deep-rooted lack of communication and a seemingly blatant disregard of student needs.

Though Associate Dean of Students Jon Mathis just started in his position this school year, he understands the need for far more and better communication with the student population. He said HRL’s heart is in the right place, but he also admitted they have occasionally missed the mark in supporting the needs of students.

Mathis hears student frustration with housing and pledges to create an environment that addresses those frustrations. Current projects include a plan for increased website access and a new residence hall for junior students.

Though progress is projected, HRL faces many structural issues. HRL has undergone extensive changes just in the past two years, including relocation, new leadership and a new key card system.

“They are humans, so you can’t expect it to be perfect,” senior Stacie Lee said. “Of course mistakes will be made and should be forgiven when they have been corrected.”

But while HRL has limitations and challenges placed on them, it also has an obligation to deal candidly and openly with students while trying to resolve issues in earnest. A student’s living space is one the most important contributors to success in his or her academic career — students need HRL, and they need them to do their job well.

If HRL feels compelled to reallocate resources from student housekeeping to Facilities Services, for example, then students should be not only informed with adequate time to make their own decisions on housing, but they should be included in the decision-making process — not disregarded by an impersonal correspondence that claims to provide students with more privacy and a more realistic living experience.

“In the past my experiences with HRL haven’t been great because of the difficulty involved with early move-in and the confusion associated with it, but it’s been okay lately,” junior Blake Walker said.

Mathis said he does have goals moving forward, including to guarantee housing to all who seek it. He said he realizes it may not always be possible, but there are some current initiatives, like off-campus student housing at Calamigos Ranch and plans to build a new residence hall primarily for juniors.

But the latter still doesn’t have finite date, even though additional housing is an immediate concern.

Mathis said he is determined to modify the culture at HRL and address any miscommunication and housing issues, of which students complain of many: the lack of guaranteed on-campus housing for upper-classmen, the lack of communication regarding advance move-in policies and fees, the difficulty to obtain information via WaveNet or the university website, the unreliable WiFi in many of the dorms, the difficulty of reaching HRL via email or phone in a timely manner — all of these problems await honest, workable solutions.

Perhaps HRL would benefit from conducting a good, old-fashioned town hall meeting with students to open up dialogue about the challenges that HRL faces and the needs and frustrations of the student body.

But we can’t forget that there are always two sides to a conversation. Of course, it is also up to students to make their voices heard.

Students always have the option to contact HRL or the Student Government Association. SGA can be an excellent resource to see changes in the way the school works, and something would be much more likely to get done if enough students went to HRL and/or SGA with specific concerns and proposed solutions.

Students should not expect HRL to read their minds nor for housing policies and solutions to completely, immediately eliminate their frustrations — progression takes time. We get that.

We just want to see consistent, tangible efforts that attempts are being made. 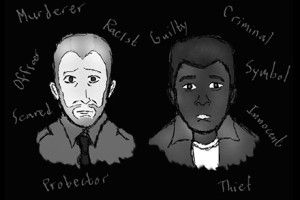 Art by Chris Chen In the advent of Ferguson, misguided efforts to weave an ideological narrative about civil rights crises,...
Copyright 2013 Jupiter Premium Magazine Theme
Back to top