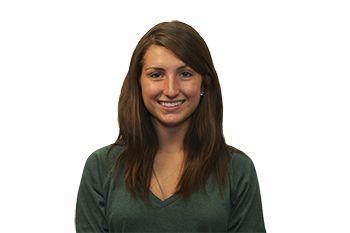 Women’s soccer experienced a decisive 2-0 defeat at the hands of Michigan in Ann Harbor on Friday. This was the first loss of the season for the Waves. Michigan, ranked at No. 11, posed fierce competition for the No. 22-ranked Waves.

Michigan took the lead within the first five minutes of the game with a header off a corner kick. In the 23rd minute, Michigan scored their second goal, the last goal of the game.

“It was a tough game,” Head Coach Tim Ward said. “We learned a hard lesson today. It’s not in our best interest to allow the other team an early goal.

“Simple as that sounds, it killed us today as we were chasing the game from the get-go. It’s almost as if the score was 1-0 from the kickoff considering how early they scored. I’m also certain this game will educate us and help us become a better team moving forward.”

The Waves played an aggressive game, finishing with a 16-14 shot advantage. Junior Lynn Williams took a game-high with five shots.

The team struggled to regain momentum against the Toledo Rockets with a 3-2 loss. With eight minutes left the game was tied, but in the 89th minute the Rockets scored to seal off the match.

Although the final result was a loss, the Waves dominated the stat line with a 20-9 shot average and 10-4 shots on target. Williams shared the match-high with six shots. She scored two goals, making this her second multi-goal match of the season.

The Waves return to challenge No. 17 University of Southern California on Sept. 13 at 2:30 p.m. at USC. The game will be broadcast on the Pac-12 Network.