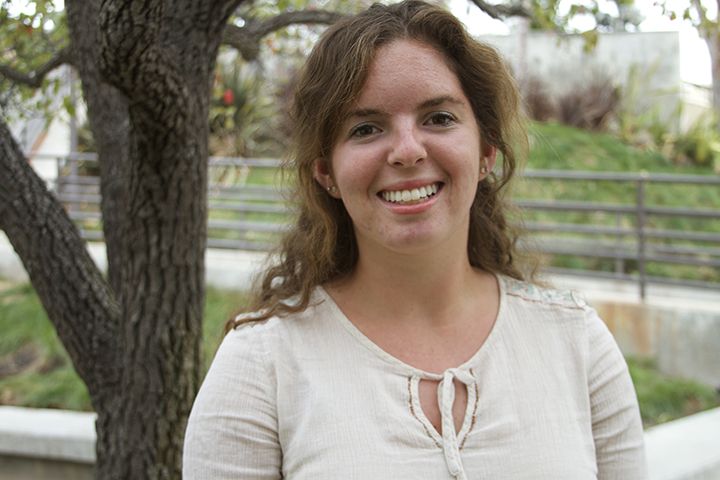 Because One is Too Many …” reads the pamphlet at the Counseling Center.

Since the start of the fall semester, there have been four reported sexual assaults from the Department of Public Safety: two off campus, one on campus and one overseas.

On Sept. 19, the White House launched the “It’s On Us” initiative to help put an end to sexual assault on college campuses.

“It is on all of us to reject the quiet tolerance of sexual assault and to refuse to accept what’s unacceptable,” President Barack Obama said, according to the White House’s blog.

The Obama Administration hopes to deter sexual assault in educational institutions nationwide by providing guidance to all federally funded school districts, colleges and universities. The White House Task Force to Protect Students from Sexual Assault and the White House Council of Women and Girls will strive to “develop a coordinated Federal response to campus rape and sexual assault,” and review “existing laws to make sure they adequately protect victims of sexual assault.”

“It’s On Us” will influence campuses from coast to coast. At Pepperdine, “we look very similar to other campuses in numbers” for incidents of sexual assault, Assistant Director of the Counseling Center, Robert Scholz said. Yet federal initiatives regarding sexual assault have little influence on Pepperdine’s policies because “we have in many ways been ahead of the curve in prevention programming and our policies on sexual assault,” Scholz said. “We are the one place on campus where students have complete confidentiality and can retain all of their options in terms of reporting.” Sexual assault “does happen here,” Scholz added. “And we aren’t trying to hide it.”

The Student Handbook defines sexual assault as “a general term that covers a broad range of inappropriate and/or unlawful conduct, including rape, sexual battery and sexual coercion.” All of these examples of sexual assault are non-consensual acts and are defined in further detail in the handbook. Sexual assault is an example of sexual misconduct, which “includes sex discrimination, sexual harassment, sexual assault, domestic violence, dating violence and stalking. Sexual misconduct can be committed by men or women, and it can occur between people of the same or different sex.”

There is an oft-cited statistic by the Obama administration that states that one in five women is sexually assaulted in college. This statistic comes from a 2007 Campus Sexual Assault Study by the National Institute of Justice. The researchers also surveyed men, but the one in five statistic focuses on women. In addition, the National Sexual Violence Resource Center reported an estimated 9 in 10 victims of rape and sexual assault knew their assailants.

According to the NSVRC, approximately 20 to 25 percent of women in higher education institutions will be victims of “completed or attempted rape victimization” over the course of a college career.

At the beginning of the semester, the Counseling Center reported that about 2 to 3 percent of students are sexually assaulted, going by the previous school year’s statistics. “One of the unfortunate things we know about sexual assault is that many incidents aren’t reported,” Scholz said, “so the actual number of sexual assault incidents may be much higher.” Sholz encouraged any student who is a victim of sexual assault to officially report the incident to  the Department of Public Safety. He explained that the case will go through the university’s judicial system, especially if the perpetrator is named or identifiable.

“One would hypothesize [the number of sexual assaults] would be lower,” Scholz said. ”But we know we have plenty of students who are drinking and are often doing so in off-campus places. It’s a part of the culture.”

The Counseling Center reports that 90 percent of all campus rapes at Pepperdine occur when alcohol has been used by either the assailant or the victim, and although Pepperdine is a dry campus, but alcohol does play a role in sexual assault at Seaver College. Scholz explained that if students are in a location with which they aren’t familiar, surrounded by people they don’t know well, and off campus where there is a high chance of there being an excessive amount of alcohol, then it creates an environment that can foster and increase the likelihood for sexual assault.

“If we allowed drinking on campus, would we have more incidents of sexual assault?” Scholz asked. He says there is no way of knowing how the environment would change, but he is doubtful because so many students at universities with alcohol restrictions on campus currently value the less stress and greater security that comes with campus rules and culture of not drinking. The Counseling Center does offer an “immunity for victims” if underage drinking is related to any incident a student wishes to report.

“The large state school I went to before I transferred to Pepperdine had a high sexual assault rate, and you could see it in the campus life; it was very scary,” senior Megan Adamson said. “Pepperdine has a student body that feels much safer.”

A significant contributing factor to Pepperdine’s campus environment is its foundation of faith. “I want you to know that Pepperdine University views everyone as a person of infinite worth, created by God, deserving to be treated with dignity and respect,” Provost Rick Marrs wrote in his email to the student body on Sept. 16 regarding sexual assault prevention. The Counseling Center shares the same vision and uses “educational programming that is consistent with our mission and relates to us being a Christian university,” Scholz said.

In the annual 2011 and 2012 Clery Act crime statistics, which is required and collected by the Department of Education, there were four on-campus incidents of forcible sexual assaults reported to the Department of Public Safety. But there were none for 2013, and no non-forcible sex offenses reported for any of those three years. In comparison, there were 35, 19 and 18 on-campus liquor law violations referred for disciplinary action for 2011, 2012 and 2013, respectively. For those same three years, there have been 14, 11 and 11 drug violations referred for disciplinary action. There have been zero reports of domestic violence, two of dating violence and zero of stalking.

“Reporting takes a lot of courage, and there are a lot of unknowns that sometimes prevent students from wanting to go through the process,” Scholz said. Often students are afraid that talking about an incident will escalate to disciplinary action and a public report, but the Counseling Center guides students through the entire process, maintaining confidentiality and encouraging decision-making along the way. “We want people to know what their options are,” Scholz said, “and we want them to know they have choices.”

If a student has been sexually pressured, stalked or physically harmed, it is not uncommon for him or her to be hesitant to seek help or even tell someone.

“If someone comes to you after an incident, I think it’s really important that you don’t judge them, and you just listen,” junior Ninette Mirzakhanian said. She is an RA for freshman housing who has also worked with the Counseling Center to spread awareness of sexual assault prevention on Pepperdine’s campus. “At that point, all they need is a friend who cares, and you knowing their options and knowing ways in which they can receive help is what they need. And don’t feel like you need to do it by yourself — the Counseling Center is amazing, the administration is there for you, the Santa Monica Rape Treatment Center is a valuable resource and your friend knows you just want to help them.”

On Sept. 8 and 9, the Counseling Center partnered with Housing and Residence Life to present at a professional conference sponsored by the University of California system called, “Stronger Together: California Colleges & Universities United for Student Mental Health,” Mirzakhanian said. She also spoke at the conference. “I definitely think that sexual assault is just as prevalent here as it is everywhere else. I think Pepperdine is doing a good job in trying to introduce new ways of informing students of the issue, and we are trying new ways to educate the students. But we can also be ambassadors. It is very simple to prevent a situation or get someone out of that, and I don’t think Pepperdine students realize what an important role they can play in safety and looking out for their friends.”

Beyond the Pepperdine community, California Gov. Jerry Brown signed a law on Sept. 29 requiring federally funded California colleges and universities to adopt a “yes means yes” rule as a new legal standard in sexual assault cases in higher education, according to the Wall Street Journal.

In other news, “colleges are reporting more sexual assaults, and that’s a great sign,” reported the Huffington Post. Because many schools have previously been accused of mishandling sexual assault cases, their announced higher numbers is good news. For example, Occidental College in Los Angeles reported 12 sexual assaults for 2011 and 11 for 2012, but in this month’s report, Occidental released 64 reports of sexual violence. University of California, Berkeley and University of Southern California’s sexual assault reports have also increased from 2012 to 2013.

If you would like to learn more about sexual assault prevention at Pepperdine or are interested in this topic, the Counseling Center is always looking for students to get involved and help with feedback, outreach and joining a new sexual assault student advisory group. Visit the Counseling Center in the Tyler Campus Center or email at student.counseling.center@pepperdine.edu. 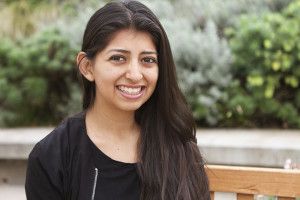 Women can be patriarchal. After all, women have been born into a society that has constructed identities for them and prevented...
Copyright 2013 Jupiter Premium Magazine Theme
Back to top