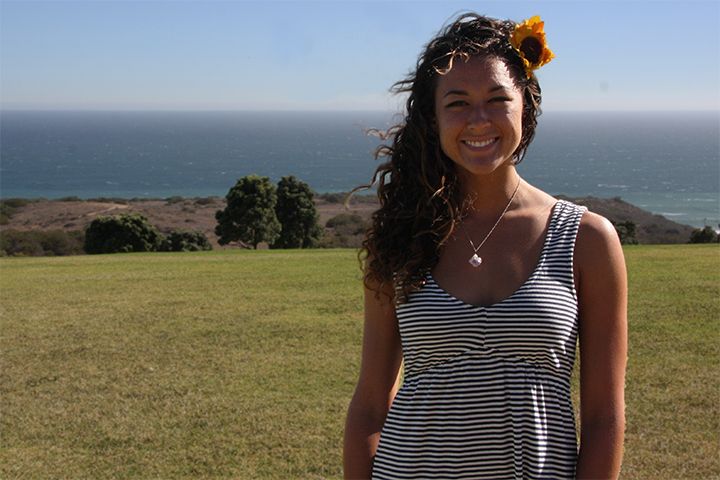 I’m not into labels, but I do believe in equal treatment and equal opportunity for women, especially when it comes to the issue of sharing something as wonderful as surfing. If that makes me a “feminist,” then I’m OK with that. However, I also believe that women have a different position out in the waves than men do — style tendencies and varying biological strengths make a significant difference in men’s and women’s surfing.

Just because everyone deserves an equal chance in the pursuit of wave riding doesn’t mean all surfers share equal capabilities. Sex can allow for varying differences in performance. So, where do women sit in the line-up in the male-dominated sport of surfing?

Ever since Maya Gabeira’s near-fatal wipeout at Nazare, Portugal in Oct. 2013, and Laird Hamilton’s subsequent critical remarks, the surfing world has been extra sensitive toward the issue of female surfers, specifically in regard to big-wave surfing.

Big-wave surfers willingly place themselves in the paths of violent mountains of water — anywhere from 20 feet to 100 feet (the world record) — and hope to come out alive. This flirtation with death is often justified by the rush of adrenaline and sense of victory achieved through dominating a giant wall of water, perhaps like a modern day David-versus-Goliath scenario.

There is a second incentive, however. The masterful domination of a wave can often lead to a hefty paycheck and lucrative career. But for women, those contracts are difficult to come by and often involve much less money.

With personal gratification as the primary reward for female big-wave surfers, the drive to pursue life-threatening waves has to significantly outweigh their self-preservation. The physiological truth is that most males are better equipped to handle extreme sports than most females. The average man bests the average woman in regard to physical strength and risk-taking tendencies, according to “Difference between Male and Female Structures (Mental and Physical),” by SteadyHealth.com.

Men produce 10 times more testosterone and an inclination toward the use of their amygdala, the place in one’s brain associated with adrenaline release and the fight-or-flight reaction, according to “Understanding Ourselves: Gender Differences in the Brain,” by Columbiaconsult.com. There are definitely exceptions, but the female big-wave surfer is a distinct rarity because of reasons like these.

Only a handful of women have successfully dropped in on this extreme sport typically reserved for men. In Surfer Magazine, big-wave rider Gabeira said she thinks the difficulties of logistics and safety might hinder aspiring females: “You need the support and people more experienced than you to get a start, and it happens to be that all of those things are mostly — if not only — found in the male community. So it makes it harder for us to practice and pursue it.”

Beyond the elite category of big-wave surfing is the overall female generalizations within the sport regarding sex appeal and image. It’s no secret that the female pro surfers who get the most attention are often the most attractive.

“Sometimes, women pro surfers who are more attractive get more sponsor dollars thrown their way over women who are better surfers who are not as physically attractive,” pro surfer Keala Kennelly said in an interview with The Inertia. “What that keeps reinforcing in women is that it is more important to be beautiful than it is to have talent or skill or to be accomplished.”

This issue pervades every element of society. The glorification of the female physique over physical accomplishments, or their performance in front of a camera rather than on a wave, only reinforces the social stipulation that a woman’s worth lies in her image. If you haven’t checked out a surf magazine lately, look at the subject matter of the advertisements. Most of them are using female surfers to sell sex or and the occasional waterproof watch.

In the competition for attention from the surf world, many female pros have found the most successful advertisement to be the ones highlighting their sex appeal rather than their skills. It’s a vicious cycle as women promote their bodies, then receive affirming responses from society and sponsors.

Sure, there’s nothing wrong with a beautiful woman on a perfect wave, but gone are the days of Gidget and the beach party films in which women lounged on the beach and accepted a surf lesson or two just to get a little attention from the men.

Now the ladies are conquering the waves and shredding just as hard as the guys. They are elite athletes who deserve to be recognized and respected for their surfing prowess, not their body type.