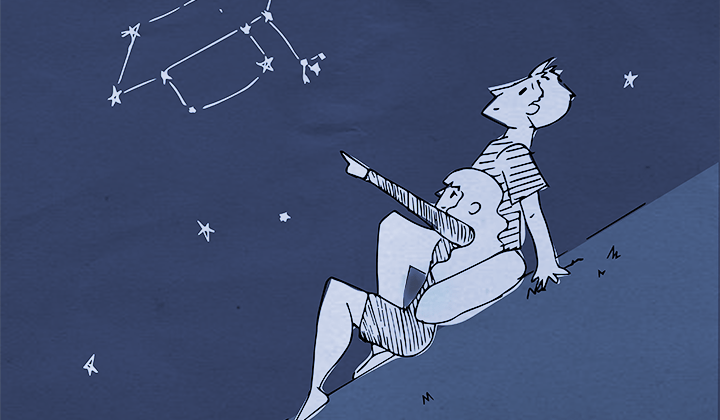 Seniors share their hopes and doubts on what comes after graduation. Seniors said although they are stepping into the unknown, they are excited for what’s next. Art by Samantha Miller

Members of the class of 2022, said they feel an array of emotions that come with the culmination of their journey at Pepperdine.

Recent graduates said although they are thrilled for a future of possibilities, walking off the graduation stage and into the unknown is nerve-wracking.

“As much as I’m applying to all these jobs, I honestly have no idea what’s going to happen since I don’t have anything secured yet,” said Maria Chavez, recent graduate and Integrated Marketing Communication major.

For Chavez, her future career was something she planned and worked for since the beginning of her first year at the University. Chavez said she utilized every resource at the Career Center to be successful in her job search and is grateful for the one-on-one coaching she received.

The Career Center offers resources from support with finding internships and jobs, to guides on writing resumes, to mock interviews to connecting with University alumni.

Marla Pontrelli, director of Career Education and Coaching, said she encourages all students to take advantage of the resources the Career Center provides.

“We really can coach them with putting together, not just the practical things but also building confidence with what they believe they can offer,” Pontrelli said. “That’s a good portion of being successful through the job search process, being able to articulate who you are, your strengths and your experiences.”

Although Chavez said she exhausted the tools and opportunities afforded to her, she said she worried about what’s to come after graduation. Part of the reason why is because she said the pandemic affected her ability to intern and gain more experience that could potentially push her further among the hiring pool of the companies she’s applied to.

“There’s a sentiment of feeling like they’ve missed out on some of those critical learning experiences or professional opportunities during their time here,” Pontrelli said.

When Chavez was in the interview process she said she was curious to see where it would take her. She said although some seniors have jobs lined up for after graduation, she knew it was different for everyone.

“It will all work out the way that it’s supposed to in the end,” Chavez said. “I do have a plan, but I know that God’s plans are bigger and better and I [understand] that I just have to surrender to that, as hard as that may be.”

Recent graduate Computer Science major Ira Porchia said his job hunt was incredibly busy and made him stronger mentally. He started the search in July, applied to 43 companies and only received a response from just a handful. The job he landed at VMware gave him the best offer, which is why he decided to take it.

“The main thing I’m excited about is being able to make enough money to not need my parents at all,” Porchia said. “That’s pretty cool.”

Before the pandemic, Porchia took a course offered by the Career Center where he learned about networking, how to get internships and other helpful tools. Porchia said he owes his success to this eight-week course.

“Without that course, I don’t think I’d have a job right now,” Porchia said.

Both Porchia and Chavez secured jobs for after graduation. Porchia will be working in Silicon Valley at VMware. Chavez was offered a job as a marketplace operations associate at NBC.

Other recent graduates, however, are delaying their entrance into the workforce by applying to graduate schools instead. Political Science major Talia Nascimento is one of these graduates.

Nascimento applied to law schools within the United States and is waiting to hear back. As a student in the SAAJ Colloquium, Nascimento developed a deep passion for social justice and hopes to implement this in her future career as a lawyer.

Nascimento said she finds comfort in the fact that she isn’t entering the workforce right after graduation.

Before the pandemic, Nascimento said she was open to taking a gap year after graduation. However, she quickly realized too much time to spare might leave her unmotivated to pursue grad school.

“I [thought] if I took a gap year I [wouldn’t] have the same drive and passion to keep going,” Nascimento said.

For Nascimento, the future is still unclear as she waits for responses from the schools she’s applied to, but she said she places her trust in God.

As recent graduates try to plan their future, it is important to know that everyone’s path is different, Chavez said.

“That reminder that the first job you have post-grad is ultimately just a stepping stone for your professional development, which means it doesn’t have to be the job, and that’s okay,” Chavez said