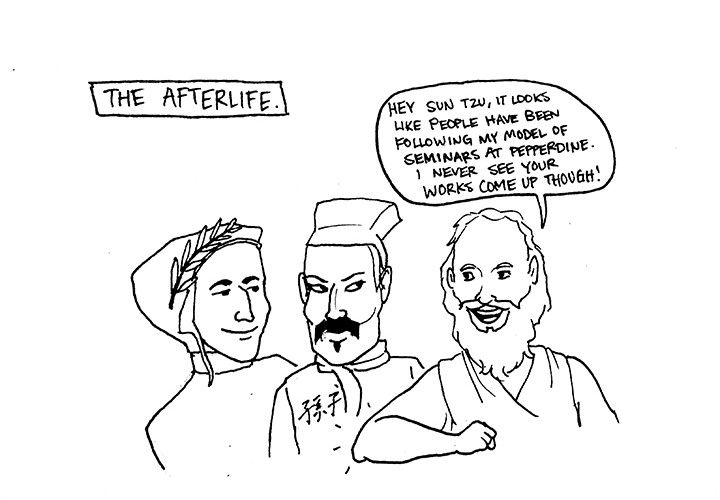 Across American universities, professors and administrators struggle with the balance of curriculum between Western and non-Western thought. Recently, many GEs and major classes in the humanities have shifted to focus on thinkers and artists outside the framework of Europe and the United States Though noble, Seaver’s attempt to incorporate non-Western thought into the Great Books program, the English major and the Philosophy major has been weak.

The Great Books Colloquium has long been a highly-acclaimed success and a crowd favorite among students for its stimulating conversation and the chance to hop-scotch past some early GE requirements.

To make a list of the “Great Books” and to construct a curriculum around this canonized list is a bold undertaking. It is impossible to cover the whole of human history in four courses. Pepperdine’s list is far-reaching and intellectually honest: It moves chronologically through such thinkers as Homer, Plato and Aristotle in Great Books I. Great Books II focuses on authors like Dante and Shakespeare. Great Books III includes Charles Dickens and Voltaire. Great Books IV reads Kierkegaard and Darwin.

While some professors reported that they teach Borges’ “Labyrinths” and Du Bois’ “The Souls of Black Folk,” it appears little attempt has been made to include the works of Sun Tzu, Chinua Achebe, Rumi or any number of other influential non-Western authors.

However, the colloquium took a step in offering Asian Great Books this past semester. This is a fascinating and powerful development, and it marks a step in the right direction, but expanding the program further would lead to a better understanding of culture and literature as a whole.

While the focus on the English language necessarily leads to an emphasis on Western thought, there is surely room between the six required courses focusing on American and British literature to include a survey course on non-Western literature or something similar. The idea that a student could complete an English major without reading any Russian, African, Asian or South American literature is a shame — especially considering all the fascinating elective courses offered by faculty who are passionate about such subjects.

The same is true of the philosophy degree. Some would claim that Pepperdine’s philosophy program is hyper-analytic and hyper-Westernized in its faculty and its course offerings. While this claim is hard to quantify, a quick overview of the faculty and their published works show little emphasis on other non-Western systems of thought.

Only four philosophy classes are offered for the fall of 2015, and none make direct reference to non-Western cultures or schools of thought (introduction to philosophy, business ethics, logic and epistemology).

Furthermore, the core classes offered by the major are very focused on Western thought or are otherwise detached from culture altogether (e.g. logic, which nonetheless embodies a Western, empirical slant). The course descriptions of these classes in the academic catalog make broad statements of universal human truths but do not seem to cover the whole of human understanding.

Of course, this is not an issue specific to Pepperdine — according to a 2012 New York Times article, “Philosophy’s Western Bias,” by Justin Smith, “The goal of reflecting the diversity of our own society by expanding the curriculum to include non-European traditions has so far been a tremendous failure.” Smith cites two reasons for this: Western philosophy is the “unmarked category” and thus the standard by which non-Western philosophies are considered, and non-Western philosophy is “treated in a methodologically and philosophically unsound way,” which makes it the fundamental “other.”

While the motivations behind the non-Western GE requirement and the recent improvements to the Great Books Colloquium are legitimate, the time has come to align ourselves East and South. The study of other cultures — particularly their literatures and philosophies — is crucial for the development of empathy and understanding.

While understanding Western culture was the prime directive a century ago, the world has evolved to the point that a more holistic understanding of the world is necessary and relevant as we deal with issues of imperialism, race, terrorism and policy. So while we applaud the Great Books program, we echo the call for more non-Western thought in the English and Philosophy departments. This is not a matter of semantics or political correctness; rather it concerns the very core of what education commits to do. 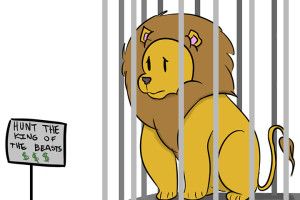 Art by Sacha IrickJust imagine: A man who raises lions, touches them, feeds them, sleeps beside them and even builds deep...
Copyright 2013 Jupiter Premium Magazine Theme
Back to top