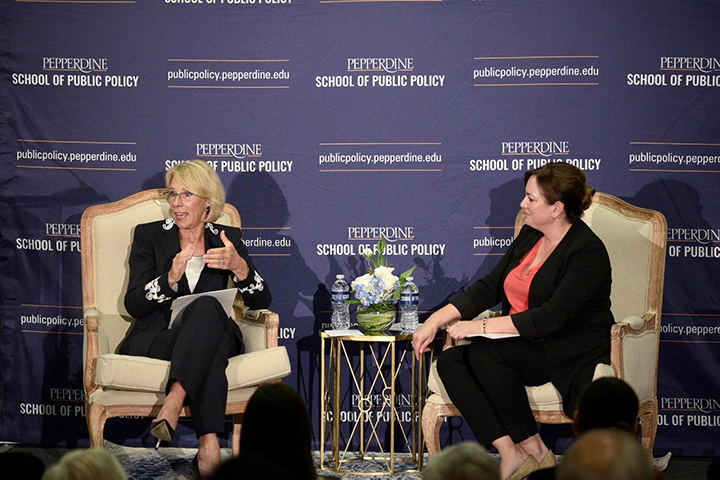 U.S. Secretary of Education Betsy DeVos paid a visit to the Pepperdine School of Public Policy this week to discuss her life, American education policy and leadership.

A standing ovation welcomed the secretary in the School of Public Policy’s Wilburn Auditorium Wednesday night as part of their “Patricia Tagliaferri Dean’s Distinguished Lecture Series.” President Jim Gash, First Lady Joline Gash and Provost Rick Marrs were in attendance. The event was invite-only and not listed on any Pepperdine events website, so attendees only filled about half of the auditorium.

Devos’ lecture, “A Life in Education Impact,” consisted of opening statements by the Dean of the School of Public Policy, Pete Peterson, followed by a question and answer session between DeVos and Hanna Skandera, a visiting professor of education policy and impact.

DeVos, who has been in the news recently for controversial comments concerning outsourcing student loans to a new federal agency, only mentioned policy in broad-strokes during the evening. Instead, her lecture focused mainly on leadership.

When asked by Skandera what insights on leadership she has attained in her career, DeVos said her main takeaway was to have vision.

“You need to know what your ‘North Star’ is,” DeVos said. “You need to own it, and never stray away from it.”

For DeVos, she said her “North Star” is to do her best for students.

“No matter how much flack I get, thinking of individual students is what pushes me forward,” DeVos added. 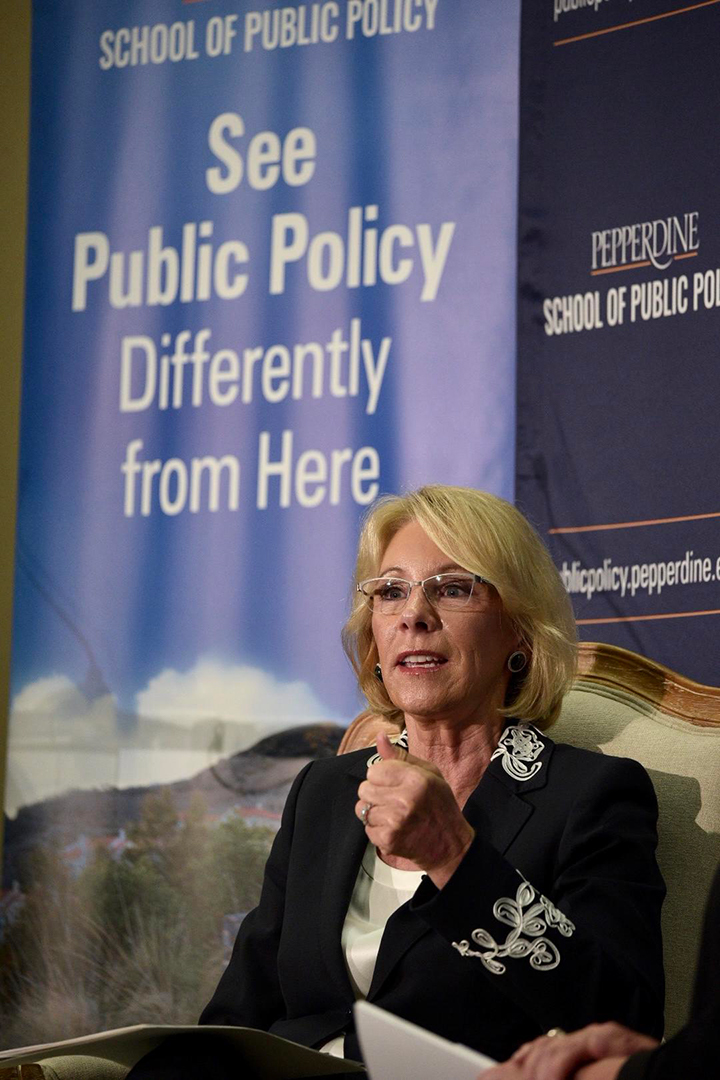 DeVos got her start in politics serving as a Republican National Committeewoman for the state of Michigan between 1992 and 1997. After that, she served as chair of the Michigan Republican Party from 1996 to 2000.

“DeVos’ interest in education […] grew when she sent her own children to school and was confronted with the reality that not every child in America is granted an equal opportunity to receive a great education,” according to the pamphlet handed out at the event.

DeVos said before taking her position as U.S. Secretary of Education, she anticipated for the agency to be large and bureaucratic. However, she didn’t know the extent to which that was true.

“I didn’t realize how hard it was to get the simplest thing done,” DeVos said. “When you come from the private sector and expect things to get done, it’s a real wakeup call. You learn to prioritize some things and give other things up.”

“These things accrue, and that’s the big problem with our federal government,” DeVos said. “You have to come to some level of peace and come to terms with it.”

“Union representation is there to focus on adult demands,” DeVos said. “That doesn’t always mix with child demands.”

DeVos clarified that she sees a difference between union leaders and educators.

“Educators want what’s best for the kids and are actually trying to seek some kind of autonomy from these organizations,” DeVos said.

“It’s a policy event, so I would’ve liked to heard more about her plans for our education system,” Rhodes said.

Another first-year at the School of Public Policy, John Hayes, said he was excited to be at the event and listen to a public official of such stature.

“It’s not every day you get to meet a sitting cabinet member,” Hayes said. “It was interesting to hear her perspectives, her priorities on education.”

Hayes, who is focused on state and local policy, said DeVos’ “North Star” advice struck a chord with him.

“It is important to know what your priorities are and set goals,” Hayes said. “You have to make that be your guiding light.”

Don't Water It Down: Hard Stories Deserve to be Heard 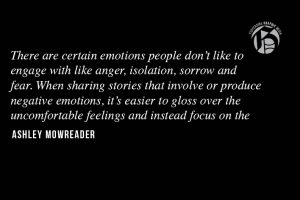 Don't Water It Down: Hard Stories Deserve to be Heard

Sharing trauma is hard. It is hard to be vulnerable and hope that the person one is sharing with is able to listen and understand...
Copyright 2013 Jupiter Premium Magazine Theme
Back to top