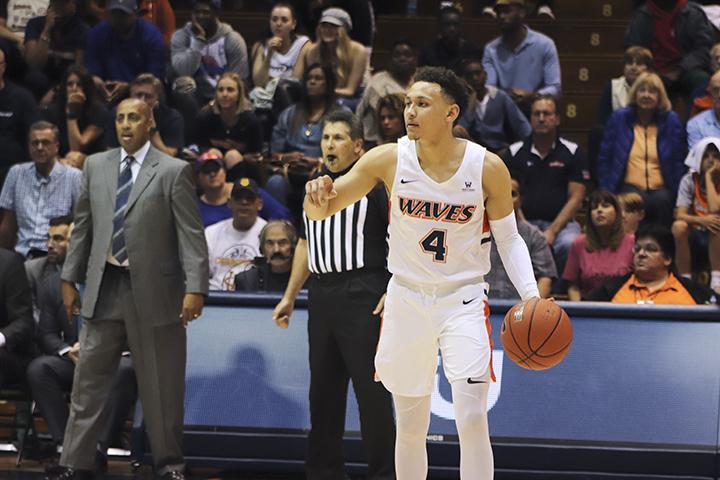 Pepperdine senior point guard Colbey Ross pounds the rock and directs the offense in a Nov. 9, 2019, victory over UC Irvine. Ross decided to return to Pepperdine for his final season of eligibility rather than enter the NBA Draft. File photo

Despite uncertainties regarding COVID-19, Ross announced his withdrawal from the draft in early August, according to a tweet from Jon Rothstein of CBS Sports. Ross said he decided to play one more year of collegiate basketball to earn his degree and complete his career with the Waves.

“My family and Coach [Lorenzo] Romar were very big in helping me make the decision,” Ross said. “Obviously I want to place in the NBA — that’s my end goal — but [it’s] just a smart decision to come back to school.”

“The advice [my family] gave me was really that it’s OK to come back to school,” Ross said. “Even if I decided to not enter the draft this year then I still have one more year of school to get my degree from Pepperdine and play with my team for my senior year, which is something I’ve been looking forward to.”

The Waves’ success came to an end in the quarterfinals of the West Coast Conference Tournament in the 2019–2020 season. The team placed sixth in the WCC’s regular season.

“We want to win a WCC Championship and make it to the NCAA Tournament — that’s the end goal and [my] personal goal,” Ross said. 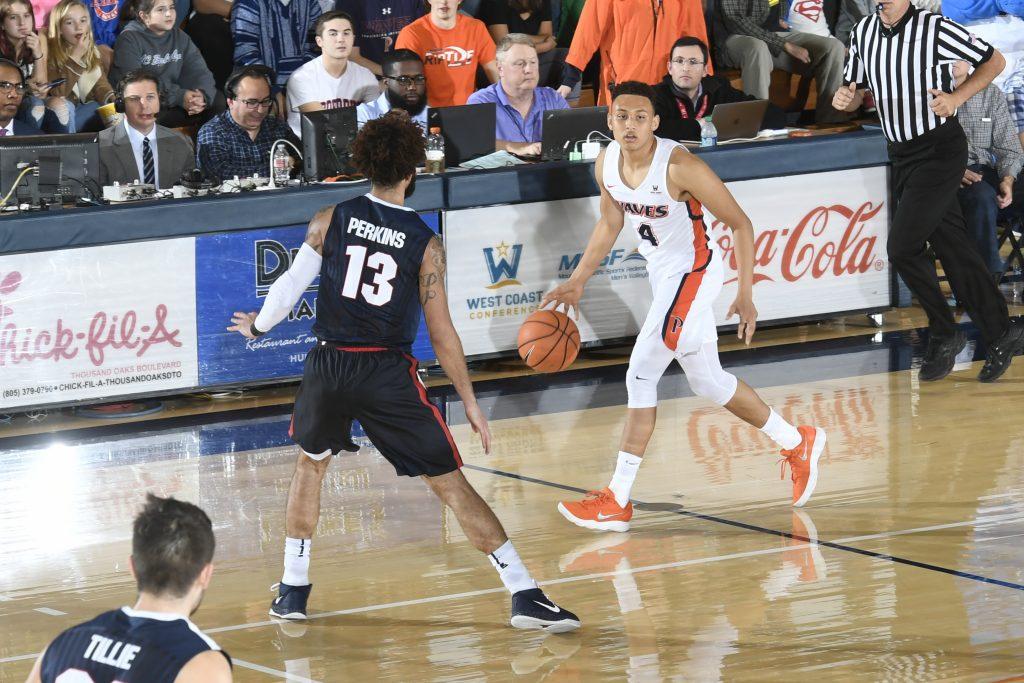 Ross dribbles up the court in a Feb. 15 loss against Gonzaga at Firestone Fieldhouse. Ross said he hopes to lead the Waves to the NCAA Tournament for his final season as a Wave. File photo

Leading the Waves, Ross made NABC All-District first team, All-WCC first team and WCC All-Tournament team in what could have been his final season. He is 23 points short of Stacy Davis’ all-time Pepperdine points record.

Ross said that while he is happy with all he has accomplished as a Wave, he ultimately wants to enjoy his senior season as much as possible.

Not only does Ross lead the team in points, but he said he tries to act as a leader to his fellow teammates.

“I feel like I’ve grown as a leader,” Ross said. “I’m just trying to use my experience to help the younger guys and just do it as a collective group.”

Ross said his experience playing collegiate basketball ingrained in him the necessity of leaning on teammates, both on and off the court.

“I feel like you can’t do it by yourself; you can’t do it with one other person — it has to be as a whole,” Ross said. “I’ve just been trying to reach out to more of my teammates and try to keep in contact with them and tell them to keep working and just to continue to build relationships with them.”

Ross said he has stayed in contact with the team throughout the summer via Zoom meetings as well as social media.

“I’ve been able to talk to [my teammates] through social media,” Ross said. “Whether it’s about basketball or whether it’s just about things going on in the world, such as social injustice and the Black Lives Matter movement, just being able to talk to them about that has let me get to know them.”

Despite uncertainties surrounding COVID-19, Ross said he’s been training with his brother in Colorado during the summer and quarantine so that he’s prepared for when the season resumes.

“[My brother and I] work out multiple times through the week,” Ross said. “I’ve been going to this place called Uncle Blacks Strength and Conditioning, which has helped me to get in better shape and made me stronger for the season coming up.”

Ross said Romar has been a constant motivation amidst the uncertainty, reaffirming that the teams that work hard during the offseason will be the teams that find success in the conference.

“He tells us to always try to stay prepared,” Ross said. “We don’t know when we’ll be able to go back to school but we should make sure that when we do get to go back, we’re prepared and ready to go so we’ll be a step ahead of other programs.”

Ross will be physically prepared for his return, but he said he also hopes to use his platform to inform the greater public about the Black Lives Matter movement.

“I think it’s important to talk about the social injustices that have been happening,” Ross said. “I’ve seen a lot of student-athletes attend protests and post things on social media. It’s really important that the student-athletes around the country continue to use their platform to enact social change and to stand up for what they believe.” 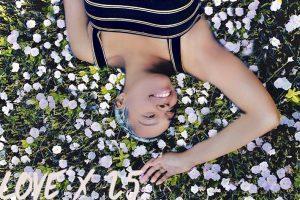 Photos courtesy of Diamond LongsTransfer Diamond Longs poses for a portrait during a photoshoot for her new song "Love X 25,"...
Copyright 2013 Jupiter Premium Magazine Theme
Back to top