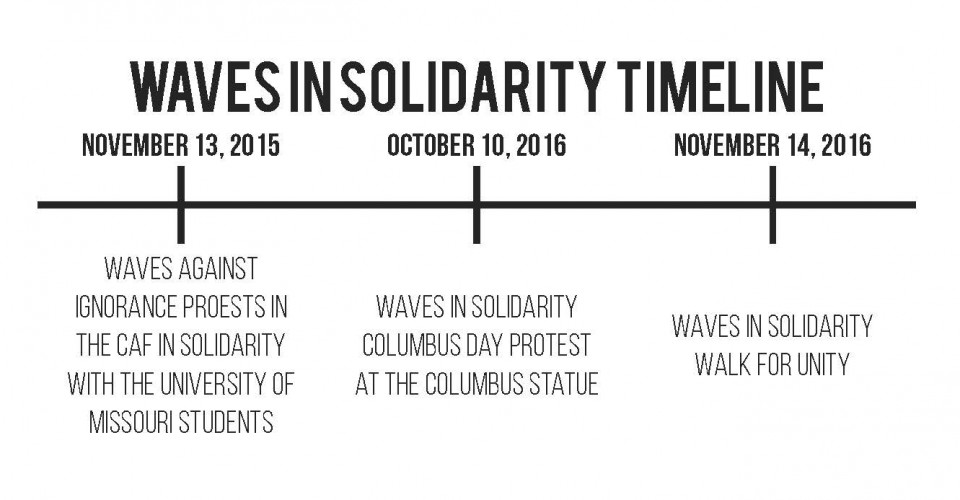 One year later, the demonstration continues to spark the discussion around the topics of diversity and inclusion on Pepperdine’s campus. Senior and current president of the Black Student Association (BSA) Rahje Branch said the sit-in was a less-radical approach than an actual protest.

“We were pretty silent but we definitely let our presence [be] known,” Branch said.

Students planned the peaceful sit-in after a series of racist posts began circulating on the anonymous social media site Yik Yak. The posts criticized various ethnic groups on campus, including the Black community. Dean of Student Affairs and Vice President for Student Life responded to the Yik Yak posts with two paragraphs posted on the university “Community” page, according to Branch. Davis said the comments saddened him and commended the members of the community who responded to the posts, also referencing how many in the community have “wisely ignored this social media platform.”

The demonstrators also gave administration a list of eight suggestions that would promote more diversity within the community. The list includes:

“The issue is that there are larger, structural, systemic, historical evils of racism that are present and unaddressed, even in our community,” Satchel said. “Yes, [they are] in the larger society, throughout the country and the world. They manifest themselves here as well.

“The demonstration wasn’t just about Yik Yak, it was about the ways our students are representing marginalized communities. Historically underrepresented groups feel that they are being disrespected and unappreciated in settings even like our own here at Pepperdine.”

Satchel said student responses to both the demonstration and Yik Yak were dismissive, trivializing the issue and accusing the demonstrators of overreacting.

“Surely Yik Yak was a problem and those comments that were made were horrible,” Satchel said. “The fact that, however, there were so many students who were indifferent about it was even more of a concern to me.”

President Benton addressed the university the week after the demonstration, where he said the racial profiling of some of the Malibu faculty had also been brought to his attention. Racial profiling and police brutality are themes that have partly influenced the Black Lives Matter (BLM) Movement spreading across the country. Junior Daron Calhoun said the same apathy he heard about the Nov. 13 demonstration is similar to what he usually overhears people saying about BLM and the racially motivated shootings they bring to light.

Freshman Olivia Robinson said this BLM movement does not only affect how the campus responds to racially charged issues, but it also affects minorities’ — specifically black peoples’ — perceptions of police officers.

“I have friends that are police officers, and I’m somewhat afraid of them now,” Robinson said. “How do they see me now that they’re surrounded by this police culture and other police officers? How will that affect me in the future?”

The violence people of color witness from cases of brutality negatively affect their perceptions of law enforcement, according to a study published by the American Journal of Public Health. The study also found the participants who had more frequent “intrusive” contact with police experienced more trauma and anxiety symptoms.

Calhoun said seeing police officers while he’s driving does affect him, although he’s never had a negative encounter with law enforcement.

“If I see one driving by me or coming toward me, then I just make sure I’m extra cautious when I’m driving,” he said. “I’ll definitely turn the music down, and you just get hyperaware and you get an adrenaline rush when they’re in your view.”

A study published in the Journal of Emotional Abuse used the term “racial trauma,” or race-based traumatic stress, and detailed its negative effect on mental health. This could stem from viewing racial violence or from experiencing institutional racism or racial harassment. The trauma can include symptoms such as depression, anxiety and low self-esteem. Branch described the emotions she experiences when witnessing forms of racial violence.

“It’s definitely taken a toll on me. I try really hard to not watch videos because just the image, it and of itself, it’s painful, I can’t watch another human being die … That’s hard,” Branch said. “As an African American, people have become so accustomed to watching us die on video and that’s not normal, and that’s not normal at all. My initial reaction is numbness, it’s heartbreak, it’s sadness. There have been plenty of cases where I shed tears, real tears about how this was a person’s life.”

According to the study, the hyperawareness and racial trauma can also cause nervousness, to not become the next victim. Robinson detailed how she now is more cautious when in public and there is an officer around.

“I think about how are they seeing me and what is their perception of me at this point with them knowing nothing about me,” Robinson said. “I don’t think that’s changed how I think too much, because it’s always been in the back of my mind.”

Sociologist and civil rights activist W. E. B. Du Bois coined this term of Black people having two perceptions of themselves as “double consciousness,” introduced in 1903 with his book “The Souls of Black Folk.” The idea states that Black people have to be aware of not only how they perceive themselves, but they also must pay attention and adapt their behaviors, depending on how White people, or in this case, White police officers, might see them.

Calhoun echoes the concerns of Robinson, especially as a Black man who stands 6 foot 7 inches tall.

“I just feel like just being Black, you already have this sense of anxiety, especially because I’m bigger too with an intimidating presence,” Calhoun said. “I’m hyperaware of my image to other people because I know it can be misconstrued. It’s always been there.”

Branch said she’s had to take a second look at some of the relationships she has here, especially regarding people that refuse to acknowledge her point of view.

As a faculty member, Satchel also shared how her vocal nature about these issues has affected her relationships with students and faculty on campus.

“It’s tough walking around sometimes and seeing people act like they don’t see you, when you know that they do,” Satchel said. “I do experience a lot of cold shoulders. That is unfortunately just a part of the reality of being a justice worker.”

The primary demonstration of last year prompted some action, such the Student Government Association (SGA) and Intercultural Affair’s Beloved Community initiative and SGA’s creation of a different committees to keep these discussions happening. Administration has responded to some of the suggested changes proposed during the demonstration, including the removal of the mural in the Caf.

“I hope that the university administration will be supportive of this and understand our perspective,” Robinson said. “If you aren’t going to listen to the students, then what are you doing?”

To Pepperdine Graphic Media, In Response to the Armenian Student Association 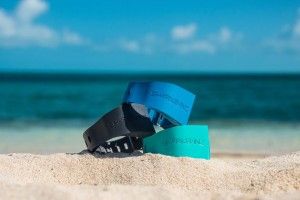 Images Courtesy of Sharkbanz.comIn the USA alone, there have been around 1,301 shark attacks recorded, according to the International...
Copyright 2013 Jupiter Premium Magazine Theme
Back to top