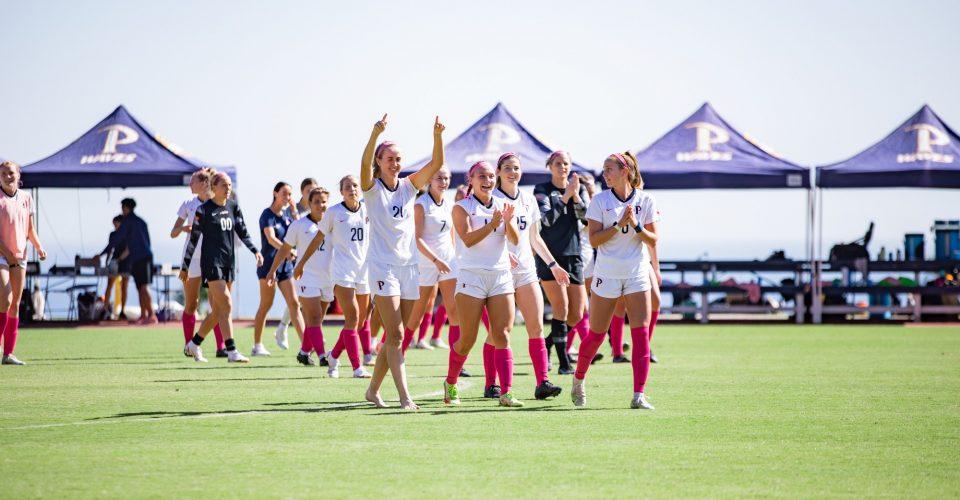 The Waves clap for the home fans at Tari Frahm Rokus Field as they celebrate their 13th win of the season. The Waves’ next game was on the road against Santa Clara on Wednesday, Oct. 20, which resulted in a 4-0 loss.

No. 3 Pepperdine Women’s Soccer maintained its perfect record in West Coast Conference play with a comprehensive 3-0 home victory over Gonzaga on Saturday, Oct. 16.

The Waves benefited from two quick-fire goals by freshman midfielder Tabitha Laparl and redshirt senior defender Kelsey Hill, fewer than two minutes apart midway through the first half. Sophomore forward Tori Waldeck added a goal midway through the second half to seal the victory.

The Waves defense posted its 10th shutout of the season, and has not conceded a goal in the past 694 minutes of play. Redshirt senior goalkeeper Zoe Clevely was spotless once again, and led the WCC in save percentage (.881) and goals-against average (0.36) after the match.

Photo Editor Ryan Brinkman and staff photographer Brandon Rubsamen were on-hand to chronicle Saturday’s action, and to capture the moments and emotion hiding behind the statistics, records and qualifying statements.

Staff Editorial: This Land is Not Our Land 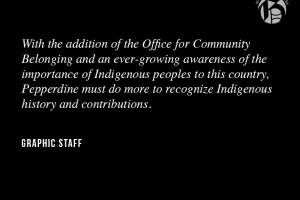 Staff Editorial: This Land is Not Our Land

Correction: The article's art was replaced to correct a misuse of the Santa Ynez Band of Chumash Indians' official logo.  Pepperdine...
Copyright 2013 Jupiter Premium Magazine Theme
Back to top