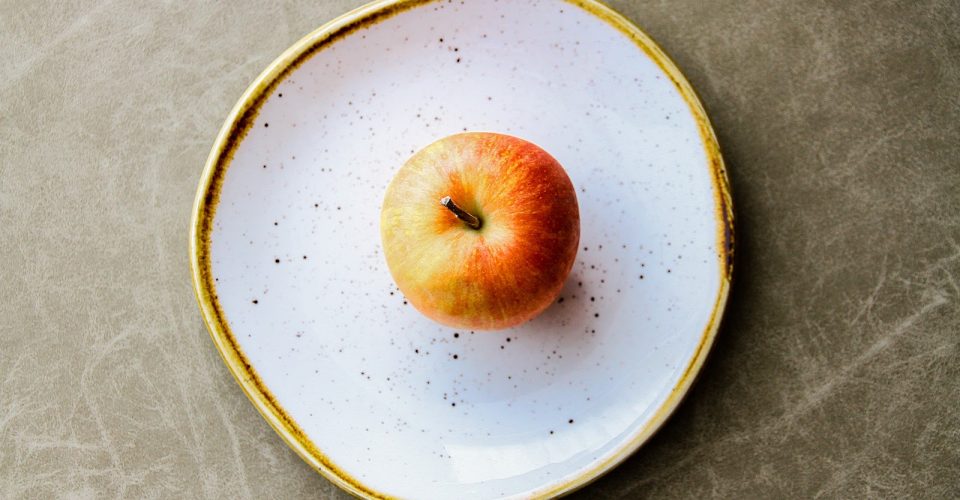 While other students worried about what to pack for studying abroad, one student at Pepperdine University, who wished to remain anonymous, had another concern.

Doctors diagnosed the student with orthorexia a few weeks before she left to study abroad.

“So many things that we think are good for us, like over exercising and calorie counting, are so triggering and can lead to eating disorders without us even realizing,” the student said. “It’s almost like some of those things are encouraged.”

Orthorexia is not formally recognized as an eating disorder in the Diagnostic and Statistical Manual but it’s a form of anorexia that involves an obsession with healthy eating and a healthy lifestyle.

“Without formal diagnostic criteria, it’s difficult to get an estimate on precisely how many people have orthorexia, and whether it’s a stand-alone eating disorder, a type of existing eating disorders like anorexia, or a form of obsessive-compulsive disorder,” according to the National Eating Disorders Association.

The student was a gymnast for most of her life and switched to competitive running when she was 14-years-old.

“I was always extremely active,” the student said. “I was raised to eat healthy, so that’s always been in my mentality.”

Her eating disorder began after her senior year of high school. She said her body developed a lot later than her peers so her body went through a lot of changes by time she graduated.

“I stepped onto the scale and I never saw myself that heavy before,” she said. “I never needed to lose weight but I think it was the number more than anything that triggered [the eating disorder.]”

The summer before she attended Pepperdine, the student said she downloaded the MyFitnessPal app. The smartphone app tracks users’ diet and exercise to determine caloric intake and lets users keep track of what they’re eating.

“That’s when the calorie counting started,” she said.

Teenage girls need 1,800 to 2,400 calories a day if they’re ages 14 to 18, according an article published by the Academy of Nutrition and Dietetics.

“The teen years and college years are when a lot of people start the eating disorder process, whether it be displaying a few symptoms, or getting into a full eating disorder,” said Shelle Welty, the associate director of the Pepperdine Counseling Center. “It’s the most lethal mental health issue out there.”

The student lost weight during the summer until her parents intervened.

“They told me, ‘You’re getting out of control.’”

The first semester of her freshman year at Pepperdine University, the student said she stopped her unhealthy habits, but the change didn’t last.

“I went home for winter break and lost six to eight pounds without even trying,” she said. “I thought, ‘Now that I took that weight off, I need to keep it off.’”

Her thoughts led her to revert back to calorie counting second semester.

“Someone could start off with good intentions to eat healthy but it is a slippery slope,” said Dr. Leslie Kaplan, the medical specialist at the Pepperdine University Student Health Center.

From the assessment in the spring semester, 51 percent of Pepperdine students reported exercising to lose weight, in comparison to the 54 percent national average.

By time the student returned home for the summer, her situation worsened.

She skipped breakfast most days and went for long runs on an empty stomach, she said.

“I was overexercising to overcompensate for eating something I felt bad about,” she said. “I was only letting myself eat fruit, salad for lunch with no dressing, dinner it would be a protein and minimum carbs.”

The student said her eating habits were restrictive.

“Some people think, ‘I’ll just eat lettuce and raw vegetables and I’ll be fine,’ but actually that’s a lot of fiber for someone, especially for a young woman, and too much fiber or any one thing at one time is hard for any gut to digest,” said Katherine McCune, the registered dietician at the Pepperdine University Student Health Center. “I’d consider that disordered eating.”

In order to lose weight, a college student can work with a health professional to put together a plan that incorporates three components for sustained weight loss, which include eating balanced meals and snacks, establishing a regular exercise routine and making dietary changes, so a student can eat in response to physical hunger and fullness rather than an emotional state, according to the American College Health Association.

The student said she stopped going out to eat with friends.

“When food gets in the way of your life, it’s important to get help right away,” Welty said.

It got to the point that she weighed herself multiple times a day, the student said.

“Whatever the number said would determine the way I would eat that day,” she said. “My weight and exercise were my identity for a while. It was all I thought about. I didn’t want to admit it was an eating disorder.”

Some of the signs of eating disorders include spending a lot of time thinking about eating, food, weight and body image – people with eating disorders may count and recount the calories in their meals, weigh themselves many times a day, and place themselves on severely restricted diets, regardless of their weight, according to the American College Health Association.

Some of the warning signs of orthorexia include: compulsive checking of ingredient lists and nutritional labels, cutting out an increasing number of food groups (all sugar, all carbs, all dairy, all meat, all animal products), an inability to eat anything but a narrow group of foods that are deemed ‘healthy’ or ‘pure,’ showing high levels of distress when ‘safe’ or ‘healthy’ foods aren’t available, and obsessive following of food and ‘healthy lifestyle’ blogs on Twitter and Instagram, according to the National Eating Disorders Association.

The student stepped onto the scale and weighed 90 pounds.

“The more severe cases [of orthorexia] is malnutrition, which is counterintuitive because you’d think they’d be super nourished but they’re not because their energy intake is not enough,” Dr. Kaplan said.

It wasn’t until her grandmother told the student she needed to get help that she said she received treatment.

“There are currently no clinical treatments developed specifically for orthorexia, but many eating disorder experts treat orthorexia as a variety of anorexia and/or obsessive-compulsive disorder,” according to the National Eating Disorders Association.

The student decided her best course of action was to see a nutritional therapist.

“She is exactly what I needed,” the student said. “Her philosophy is not living a life of restriction, which has been amazing for me.”

Her parents decided not to restrict the student from studying abroad.

“Being abroad has really helped because of the community I’ve been surrounded by,” she said. “It’s been refreshing to be surrounded by people with healthy relationships with food. They don’t even know they’re inspiring me.”

The student had weekly FaceTime calls with her nutritional therapist while she was abroad. On the hard days, she said she reminded herself of a question her therapist asked her during one of their sessions.

“She asked me, ‘Do you want people to remember you for your skinny legs and arms or how you impacted their lives?’”

The student said she is in recovery and working to restore her body to a healthy weight.

“When I think back to those moments, I lost the life in me,” she said. “I wasn’t sad or happy. I was just existing. I was lifeless, I was robotic. I don’t think I will ever go back to that but I think the underlying issues of lack of control will be around for a long time. I’ll struggle forever but it will get much easier.” 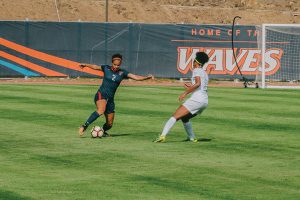 Photos by Gabrielle Norte The Pepperdine Women’s Soccer team returned to their home field for the first time this season,...
Copyright 2013 Jupiter Premium Magazine Theme
Back to top