Pepperdine Relay for Life: Sleep Deprived for a Cure 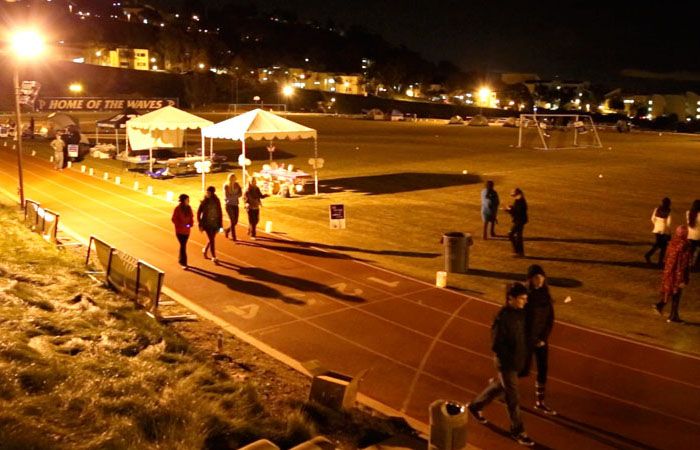 Pepperdine raises over $14,000 for the American Cancer Society

“I kind of knew right away from that first phone call that it was different,” Kathy Osborne said.

Every year the 48 year old has a mammogram as a precaution, as recommended by her doctor. Because she was adopted, she has no solid record of her family history and whether or not it contains strains of any genetic cancers.

But this year, her post-mammogram call came faster than it usually does.

“Just how they were interacting with me, it was a little more serious,” Osborne said.

The results from the biopsy came a couple of weeks after the mammogram, and in January 2014, with her husband by her side at St. Luke’s Hospital in Minnesota, Kathy was diagnosed with a fast-growing breast cancer called Invasive Ductal Carcinoma.

Kathy’s daughter, senior Acadia Osborne, has been an active participant and leader in the Pepperdine Colleges Against Cancer (PCAC) club for four years. When her mother was diagnosed, Acadia said she was taken aback. It was hard for her to grasp that “some cancer you can prevent and some you can’t.” 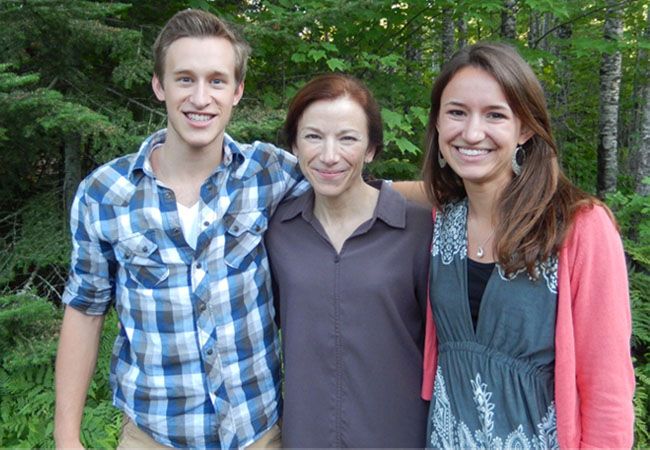 Left to right: Josiah Osborne, Kathy Osborne and Acadia Osborne smile for a photo. Kathy was diagnosed with breast cancer in January of 2014. (Photo courtesy of Acadia Osborne)

Acadia’s mom, however, had a different reaction.

“I just had a sense of calm and peace right from the beginning which doesn’t make any sense,” Osborne said.

She said her strong support network of family and church friends prevented her from feeling emotionally overwhelmed during the waiting period between the initial call and the actual diagnosis.

Additionally, her husband, Brett Osborne, has worked at St. Luke’s as the Director of Rehab Services for the past 27 years. The familiar connection to the hospital made the entire situation easier for Kathy.

“You just have to focus on the positive. You can drive yourself crazy with fear and worry,” Osborne said. While looking on the bright side, she also gained a new perspective.

“It doesn’t matter what your circumstances in life are, whether you’re healthy or dealing with that hardship: but when it’s good, it’s always good, and it’s because of the people in your life that make it that way,” she said.

She had a six-hour mastectomy and reconstruction surgery a month ago and is now recovering.

Throughout the diagnosis and treatment process, the American Cancer Society (ACS) stepped in to help. Kathy said that the ACS provided “stacks of information” from books to pamphlets.

An ACS case manager paid her a visit post-surgery with even more information.

Acadia said it was “cool” for her to see the money that PCAC raises for the ACS in action. As the president of PCAC this semester while organizing the 2014 Relay for Life, Acadia said her mother’s battle with cancer reminded her there are individual stories behind the walk.

“This isn’t just a big, impersonal nonprofit where you don’t know where the money is going. I saw how it blessed my mom,” Acadia said.

A Community of Support

Pepperdine students and faculty along with Malibu community members helped raise over $14,000 for cancer research this past weekend for the 6th annual Relay for Life.

After two years stuck inside due to bad weather conditions, the event was held back at the Tari Frahm Rokus Field.

Freshman PCAC Online Chair and Relay Team Coordinator Jayci Givens explained that the event is held for 24 hours because, “Cancer never sleeps so neither do we.”

Participants from each team aim to always have a team member walking on the track. The main goal is to work to raise cancer awareness and money for research.

Fun activities peppered the night. Student performers entertained participants, a masseuse from the Student Health Center offered massages and there was a hair stylist available where students could donate their hair to Pantene Beautiful Lengths.

For many, the event hit close to home. Vice President of the Pepperdine Hawaii Club junior Lindsay Kawano explained, “This year was really important for me. I’m actually relaying for my cousin…  he passed away last month.”

Marketing Chair for PCAC and Team Captain of Relay for Life, freshman Allie Berry, described how she lost her Grandma to cancer. Then in the summer before her senior year of high school, one of her best friends lost her mom to breast cancer. “I just know a lot of people affected by it,” Berry said.

“Just the fact that it (cancer) is so pervasive and it affects so many people on so many levels is the frustrating thing,” Pepperdine Relay for Life Founder Rachel Oliver (’11) said.

Oliver started the event at Pepperdine in 2009. After participating in Relay for Life in high school, Oliver explained that she missed having the event in college: “I just felt like it was something that was missing at Pepperdine and the way that we should support students and faculty and staff and family, since cancer affects almost everyone in some way.”

Aside from promoting the cause, Oliver added that the event helps bring out community support and Berry agrees. “I think it can bring a lot of hope and a reason for us all to come together,” Berry said.

After having completed her first Relay for Life, Givens is pumped for the years to come. “It was exhausting and powerful and rewarding, like it always is, and I can’t wait for next year … I am ready to go again,” Givens said. 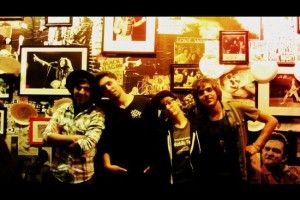 From left to right: Julian Johnson, Izzy Loya, Angela Ross and Adrian Johnson. Alumnus Izzy Loya (‘13) and his band have...
Copyright 2018 Pepperdine Graphic
Back to top