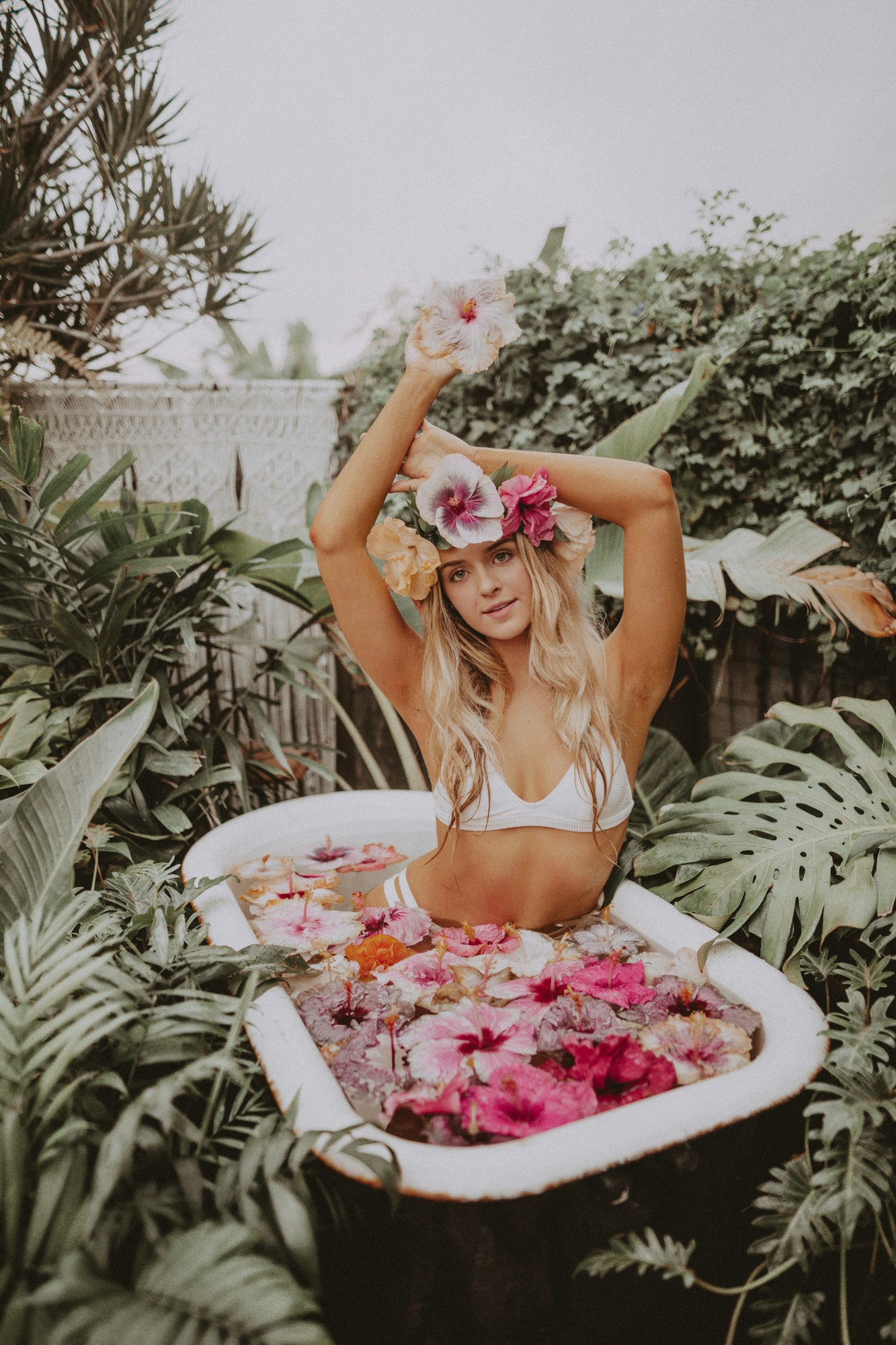 Pepperdine is home to the beach, SunLife and, more recently, Instagram influencers.

Instagram influencers are people who have a large enough following and engagement to influence their followers, according to USA Today. Influencers from all over make the drive to Malibu to pose at Nobu, Malibu Farm or El Matador State Beach for content, but at Pepperdine, students are fortunate enough to use the natural scenery and close proximity to Los Angeles on a daily basis as the perfect background for any Instagram picture.

“I feel like everywhere I go, every corner of Malibu is beautiful, and it’s the easiest thing to snap a photo,” senior Mary Ralph Lawson said. “Go grab SunLife and you can take an Instagram photo across the street in front of that wall. … It’s super easy here.”

A quick Google search allows people to learn how to become full-time Instagram influencers, but for four Pepperdine seniors, who all joined Instagram during their freshman year of high school, Instagram began as a hobby.

“I really enjoyed [Instagram] more than my peers in high school,” Matthew Garcia said. “For whatever reason, it was just how all the photos looked kind of like a collage … and how you could do different things and post different things in an arrangement. … I just thought that was a really cool thing because you could illustrate your life in a particular way and that, for some reason, was fun to me.”

Garcia said his Instagram has changed from being trendy to more positive in its depiction of everyday life. Amelia Edmondson agreed, saying her page is less trendy than when she started it and now portrays a “carefree lifestyle that focuses on sustainable living as well as living a mindful life.” She originally started her Instagram to be creative and share that creativity with others.

“I was in the modeling industry before I did Instagram and I did not like the way that I was being objectified,” Edmondson said. “I also didn’t like the way that they were able to tell me what I needed to fix about my body. By doing Instagram, I’m able to be the creative director as well as the model and kind of the eye behind the image. It’s because I’m passionate about photography and creative directing, I get to do everything, aside from just kind of being a model and letting them tell me what to do and kind of all on my own terms.”

Garcia and Edmondson said they had over a thousand followers when coming into Pepperdine, but that they’ve grown their following in more recent years.

Garcia said he gained followers by doing the #100HappyDays challenge in which he posted an Instagram photo every day for 100 days. He also said his Instagram fits into a new niche of a lifestyle living that’s focused on minimalism, gratitude and organic things.

“I think as a guy, I fit more into that kind of category and there aren’t many guy influencers who do that,” Garcia said. “So I think that’s another part of why someone gains popularity on social media, is if they’re the only one doing this type of thing. People get tired of only seeing girls do this type of thing. There are guys out there who are like, ‘I’m into sustainability. I’m into like minimalism, but I’m not a girl.’ And then they find a guy doing it and they’re like, ‘Oh, OK cool.’ So then they follow the dude and that’s just kind of how it works.” 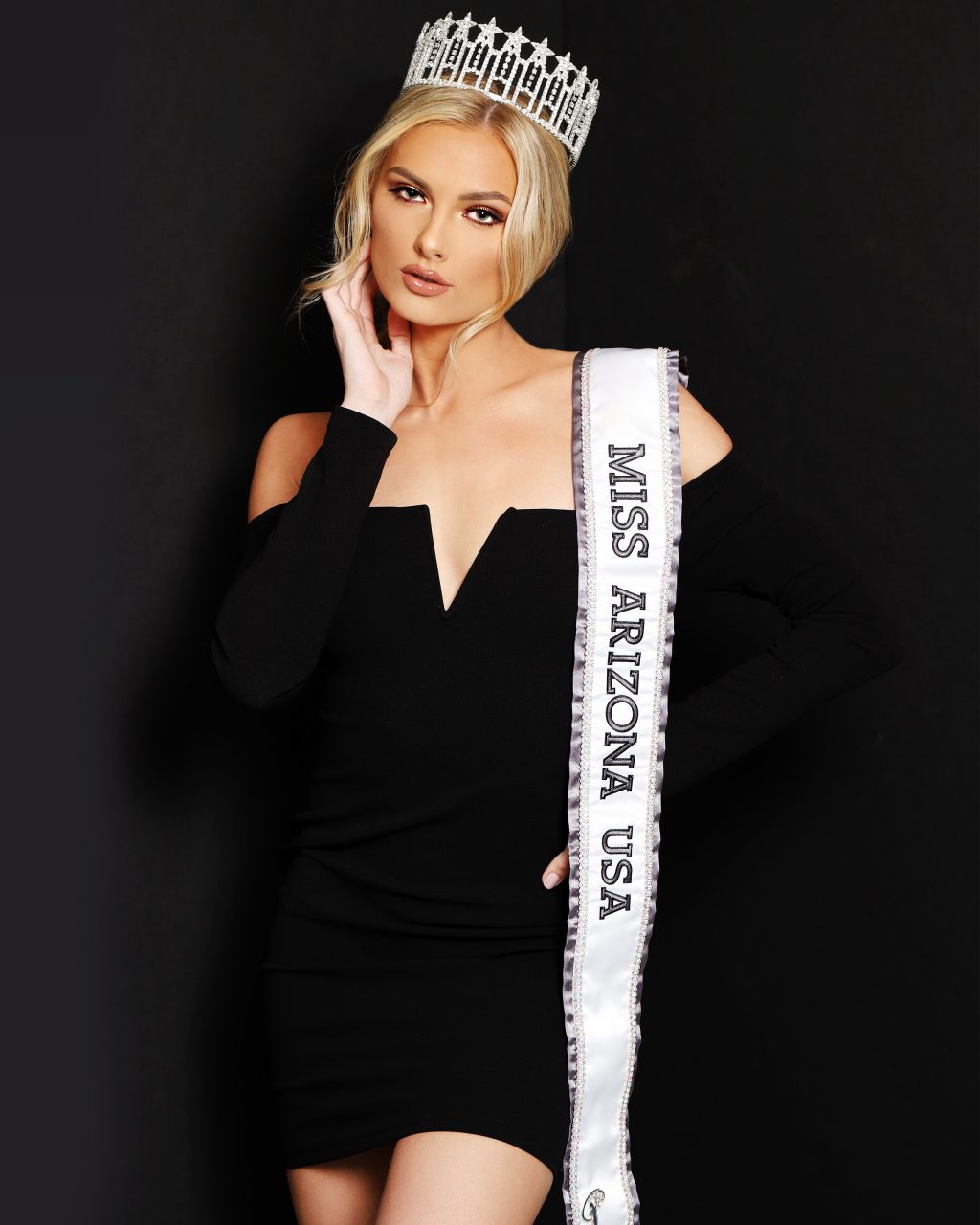 Savannah Wix said she gained followers when she became Miss Arizona Teen USA in 2014, Miss Malibu in 2018 and, most recently, Miss Arizona USA.

“I didn’t know people were actually into pageants; it wasn’t a thing I grew up doing,” Wix said. “But there’s definitely still a particular interest about it in the general public. I was just interested in it. Even if you don’t know a lot about it, you’re like, ‘I wonder what that is,’ you know?”

Having a niche and posting frequently increases popularity, Garcia said.

Instagram started as a platform to share photos but quickly grew into a business opportunity for people to build careers off their social media page, according to Forbes. The NY Post reported half of millennials have a side hustle to earn money or follow their passions, and Instagram is how influencers can build a brand, share aspects of their lives and make money.

“I never thought of it as a business, but it’s such a fun and easy and engaging way to make money and live on your own,” Lawson said. “I think it will never be my full-time [job]. I mean, that would be awesome if it would be, but I’m creative and I like to have other outlets. I think it’ll always be a part of business post-grad, [but] I don’t think it would be the only thing I do.” 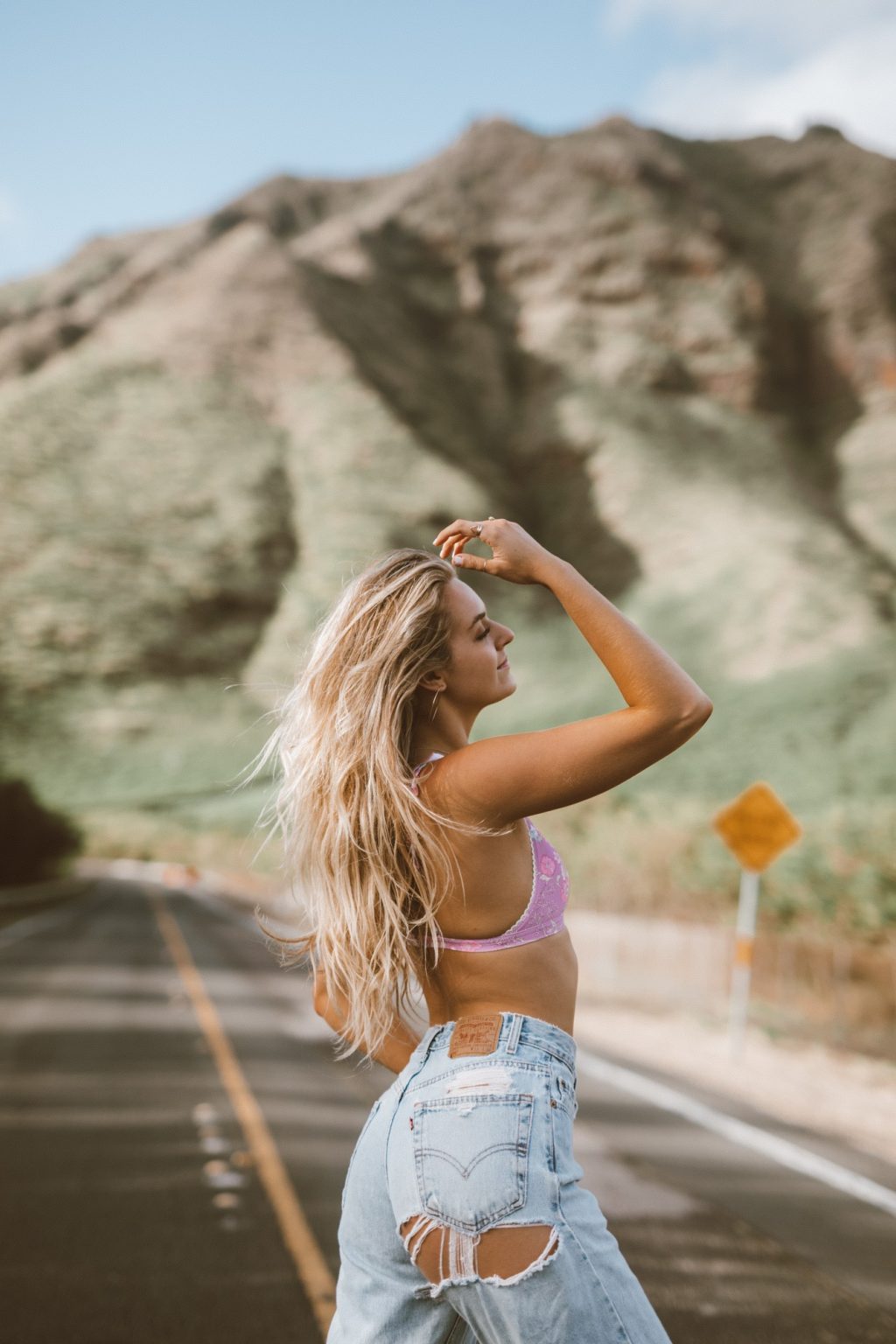 Edmondson said her Instagram took off once she started Pepperdine, and she now plans to do it full-time after graduation. She plans to move to Hawaii and live with other content creators and take photos. She said she was able to grow her following by collaborating with well-known photographers and reaching out to brands, and she spends at least five hours per day either creating content or scrolling through her feed.

Instagram influencers are able to make a living through paid sponsorships and advertisements, which can include getting paid in money, exposure or free items from the company. A person’s following determines how much they will make on an advertisement, which can range from hundreds to thousands of dollars per post. To stay transparent, influencers often use #ad or the paid sponsorship feature to let followers know they are being paid for the post.

“I care a lot about ethical brands and sustainability, and when it’s your career and it’s a really high paying job, it doesn’t necessarily align with what you do,” Edmondson said. “That’s when things become tricky. I think most people that follow me would know that I’m doing an ad, it’s a paid job, but for every ad I do, I try to share six posts that are really close to my heart.”

Edmondson said she’s picky about the brands she works with and tries to collaborate with sustainable companies. Similarly, Lawson said she tries to stay transparent and pick brands that align with her own.

“The easiest way is just to put #ad and I think people understand that by now,” Lawson said. “I limit my advertisements on Instagram to a certain amount a month so that I’m not oversaturating my feed with that because no one wants to see that. I only do sponsored content with brands that I actually like and if someone else were to post, I would be interested in it.”

On top of a full course load, Pepperdine’s influencers have to find time to create content, work with brands and engage with the app. 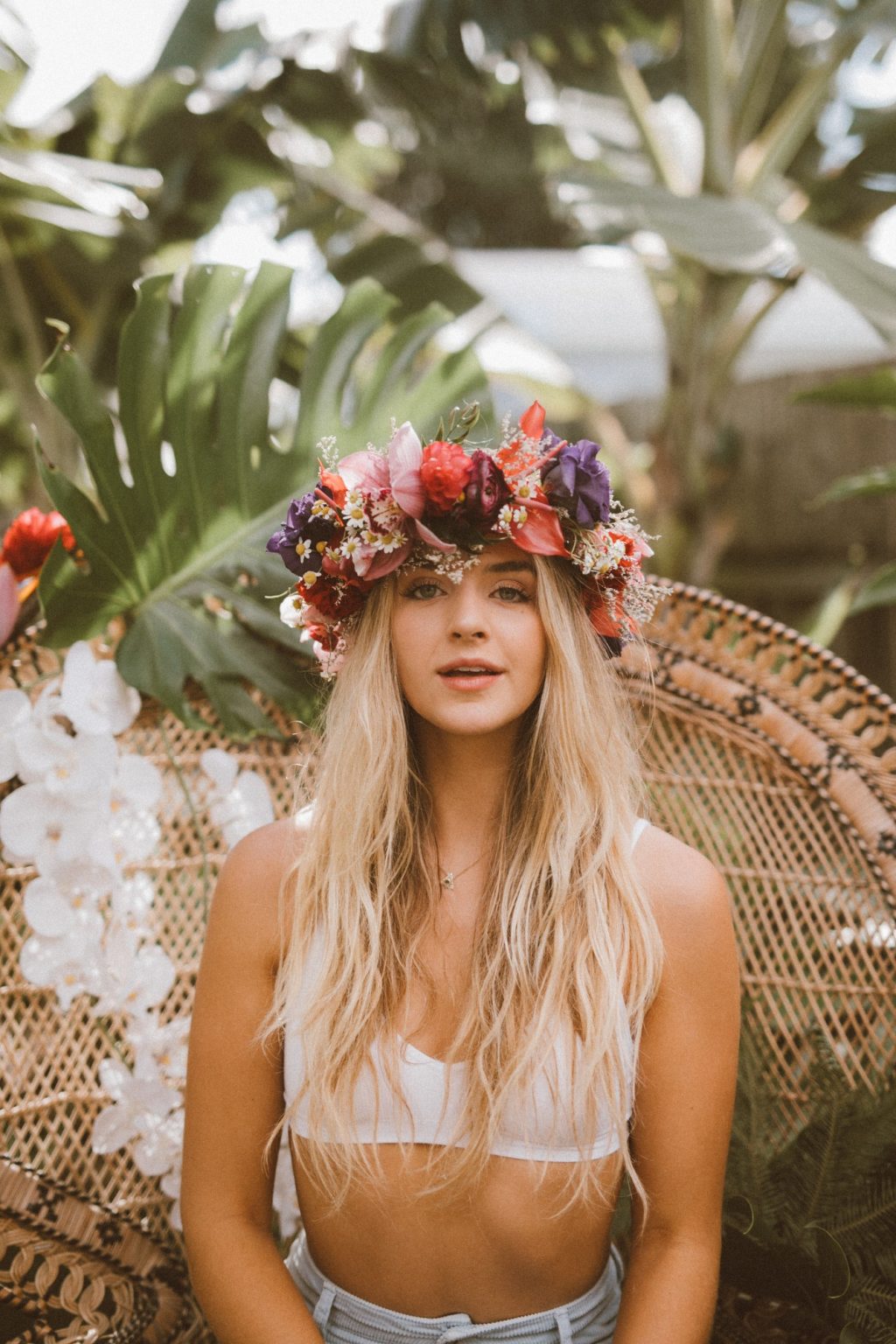 Edmondson travels on the weekends for photoshoots and content creation and said she finds it difficult to balance her course load with her full-time job.

“I don’t really know how I’ve been able to figure it out,” Edmondson said. “I just know that there’s a lot of all nighters that are pulled, and I have to get help from a lot of people. I have a lot of really nice creative friends who will help me take photos and help hold me accountable.” 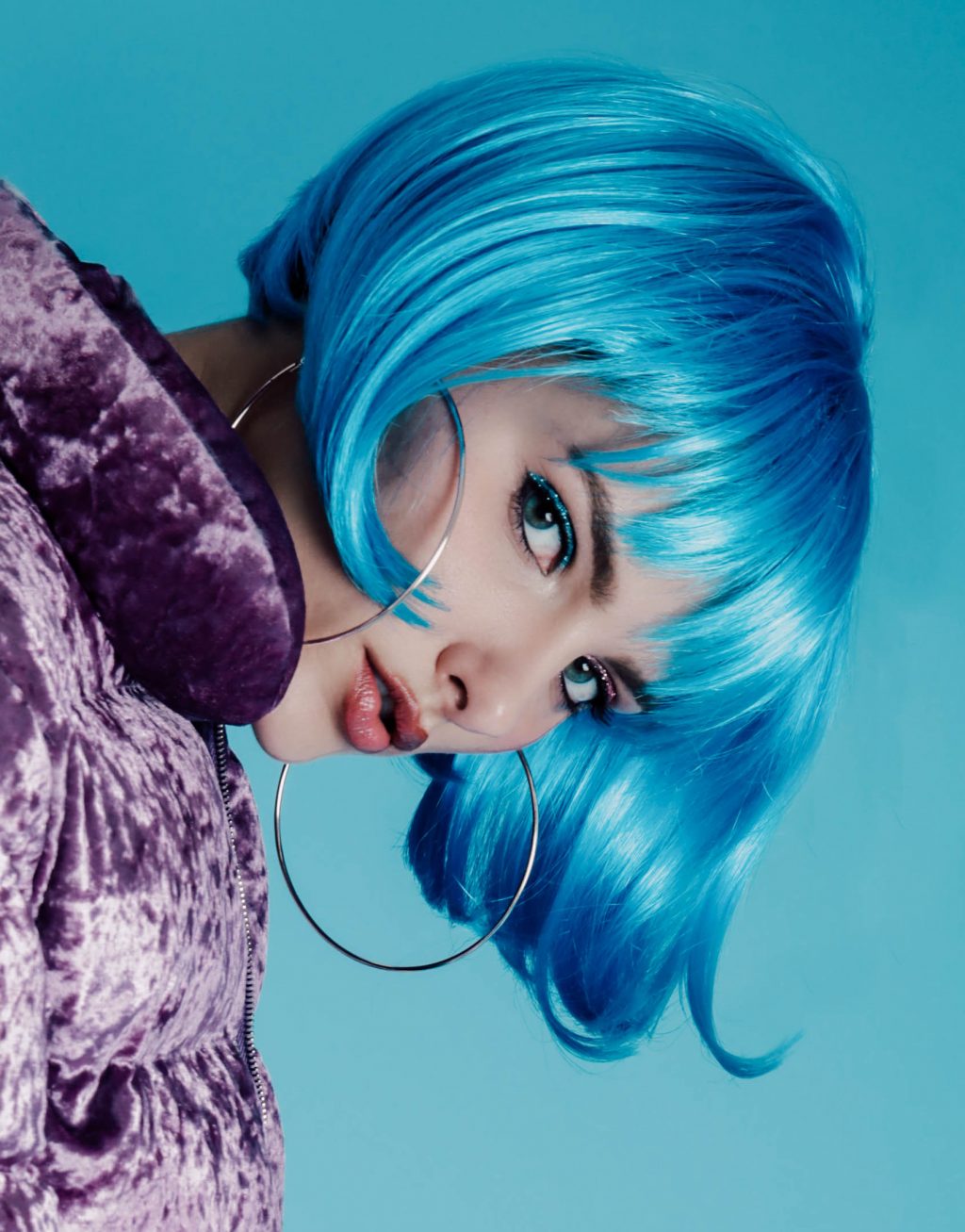 “On the weekends, I’ll go do photo shoots in Arizona, New York or in Texas — wherever it takes me,” Wix said. “I wouldn’t have been able to do this any other semester to the extent that I’m doing it right now. I just worked out my schedule to make it so I only had class three days a week so I’m able to travel and get all this content and stay up with socials.”

Meanwhile, Garcia said he has been focusing less on Instagram this year, as he is preparing for law school and doesn’t have as much time.

“I have a job and I also go to school, and I also am trying to go to law school,” Garcia said. “So I sadly had to prioritize what things I care about most. To me, my after-graduation plans were more important, so I had to prioritize that over like creating content. For me, personally it’s been a struggle because it’s hard to be a student and also do Instagram and also have a job.”

Although Instagram can be time consuming, Lawson said creating content isn’t her “strong suit,” and she doesn’t put an overwhelming amount of energy into her page.

“I think people think that’s what your life is consumed of and that’s what you do every day — you create content,” Lawson said. “I just laugh when I say the word ‘create content’ because I take a picture and just put an editing app on it and just edit it in Instagram. Maybe sometimes [I] use VSCO or another app. … I don’t put that much thought into it, but that’s not my brand.”

Being influencers at Pepperdine

On top of balancing content creation and school, Pepperdine’s influencers are aware of their classmates and strangers recognizing them.

“I try not to think about that because I really don’t like that kind of stuff,” Lawson said. “I think that they might have seen me on Instagram or whatever, but at Pepperdine, I never really felt that, which is — I think — a good feeling. It’s flattering obviously when people follow you on Instagram. I would rather them say, ‘Oh yeah, I have seen you on Instagram before,’ rather than be weird and hide it.”

Garcia said he has been recognized at the mall and by mutual friends. He said it can be annoying when people try to use him and only want to hang out to take pictures but that it’s mainly messages from people from his high school and not an issue at Pepperdine.

“You can kind of tell when people are using you because there have been times where this girl from high school DM’d me,” Garcia said. “We were friends maybe just freshman year of high school and then never again after that. In college, she messaged me and was like, ‘Hey, like I love your Instagram blah blah blah, like we should like hang out soon and take pics.’ It’s like, ‘Dude, you don’t really care about my life, like no.’ So then I don’t respond.” 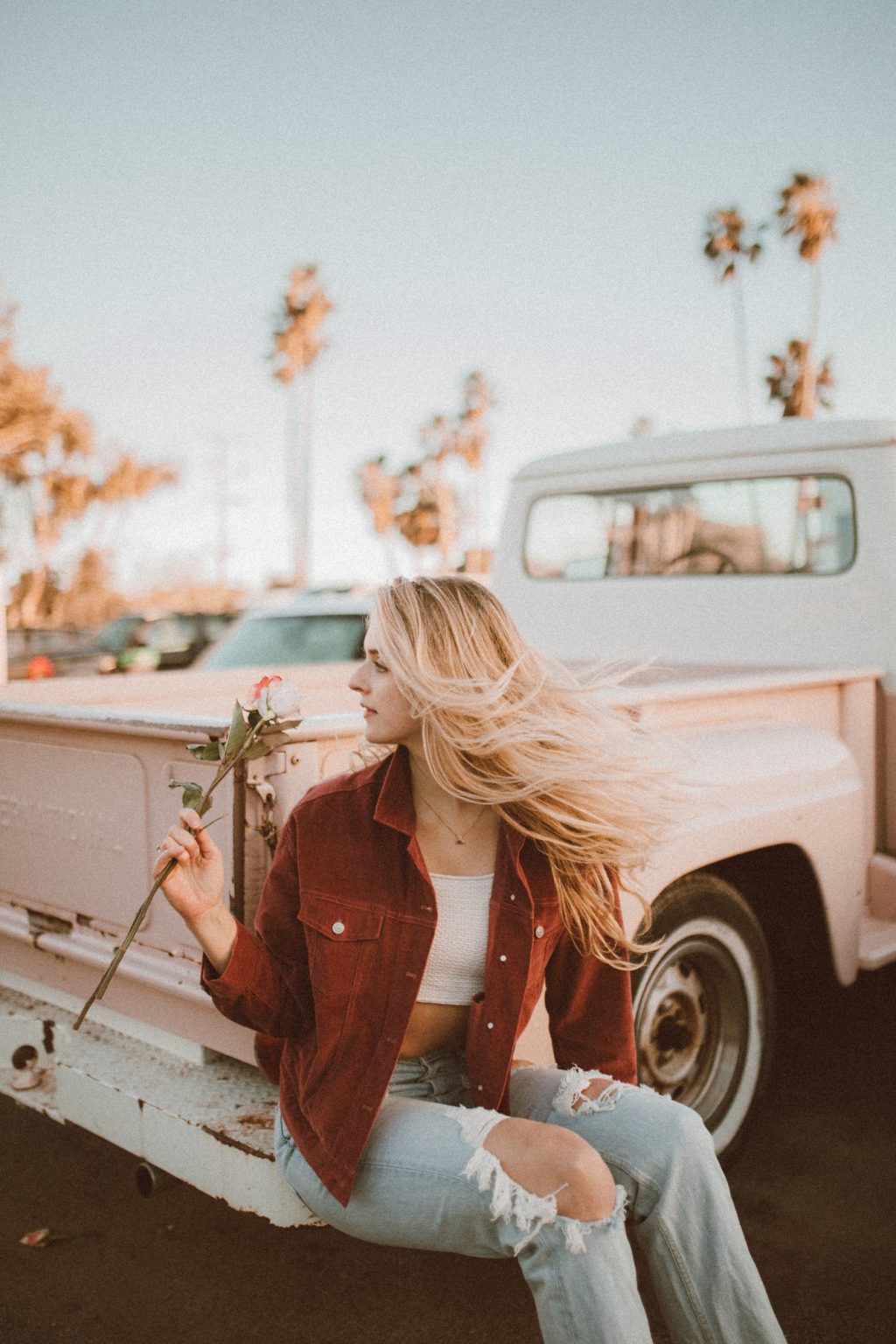 For Edmondson, the hardest part isn’t being recognized — which she said doesn’t happen often and when it does she’s flattered — but being judged based on her Instagram before people meet her.

“I think for me, that sometimes when people see me or they see my Instagram before they meet me, that they’re under the impression that I’m a very much extra human or maybe into myself,” Edmondson said. “I feel like it’s something that I do but it’s not who I am. It’s something I have used as a platform to share what I create. But it really sucks sometimes when you meet someone and you know that their idea of who you are is skewed based on their perception of you via your Instagram.”

Although the seniors said they try and hope to be authentic on their pages, it’s a highlights reel and it’s just social media, not real life. Wix said she wants to be known on campus for more than just her Instagram.

“I hope people know me for my kindness,” Wix said. “I only drive to class and so I try to give people rides a lot. I just try to do random acts of kindness, so I hope they know me from that.”