The Waves lost a hard-fought game to the USC Trojans on Sunday, Aug. 26. The outcome was 5-0 as the Trojans put up a point mirage in the second half while holding the Waves scoreless. Senior goalkeeper Brielle Preece had two acrobatic saves but ultimately the Trojan offense outlasted her effort, earning four out of their five goals.

The first 15 minutes of the game were highly competitive, and although USC was on the attack for the majority, both defenses started off playing very soundly. The Waves defense had its first mistake in the 17th minute as USC junior midfielder Ashleigh Plumptre teed up a pass to sophomore Savannah DeMelo, who scored her first goal of the game. 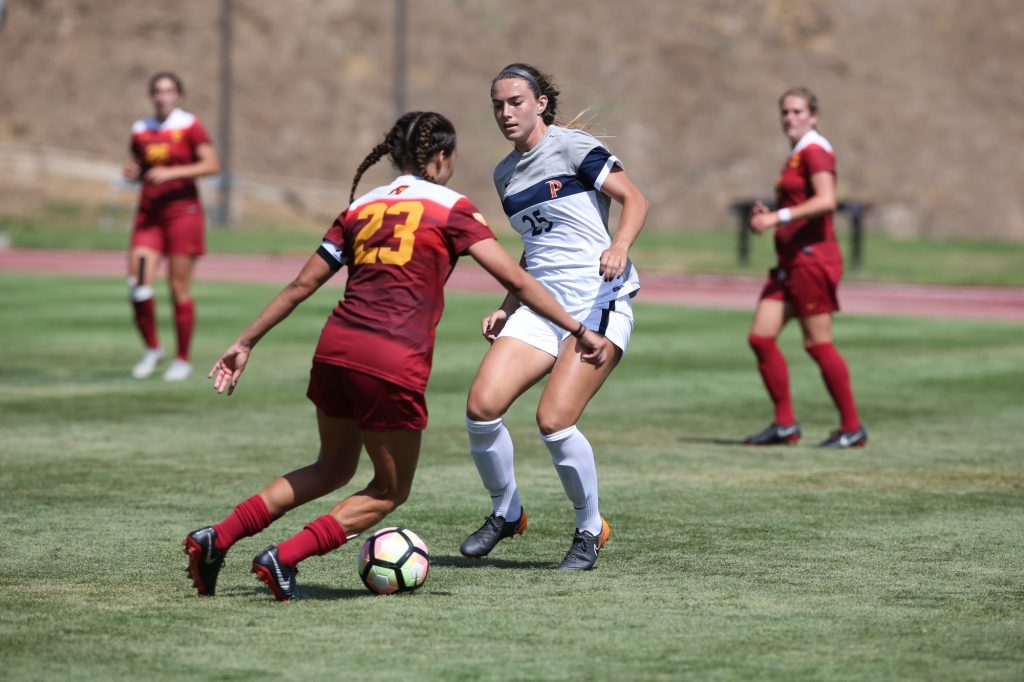 Things took a turn in the 50th minute, as DeMelo collided with a Pepperdine defender 10 feet outside the goal. The Waves were called for it, setting up DeMelo for a penalty kick and her second goal, separating the Trojans to a 2-0 lead. Pepperdine Head Coach Tim Ward said he was very surprised about the call.

“Both players collided and fell to the ground and then played from the ground. As our keeper was coming out the ref called it. I’ll have to go back and watch it, but I just feel like it was a very contentious call,” Ward said. “But in reality, there’s no excuse. Once that goal goes in, our girls stopped fighting, and we’re still looking for that power to fight and dig deep.”

The Trojan offense began to heat up after the penalty kick. Trojan freshman forward Penelope Hawking punched in a goal right after a steal in minute 54. Just three minutes later, DeMelo was streaking down the field once again only to end up dishing to sophomore Tara McKeown who put one the ball in the bottom right corner of the net. As minutes rolled by, it seemed that would be the last score of the game, until the ball took a bad bounce off of a Pepperdine defender’s head and snuck past Pierce for an own goal in the 66th minute. That goal was the last score of the game.

A bright spot of Sunday’s matchup was the effort on defense, especially from senior Danielle Thomas, as she broke up many USC passes and hounded the offensive players she was matched up against. Regardless of her individual performance, she acknowledges that that herself and her team have a ways to go. 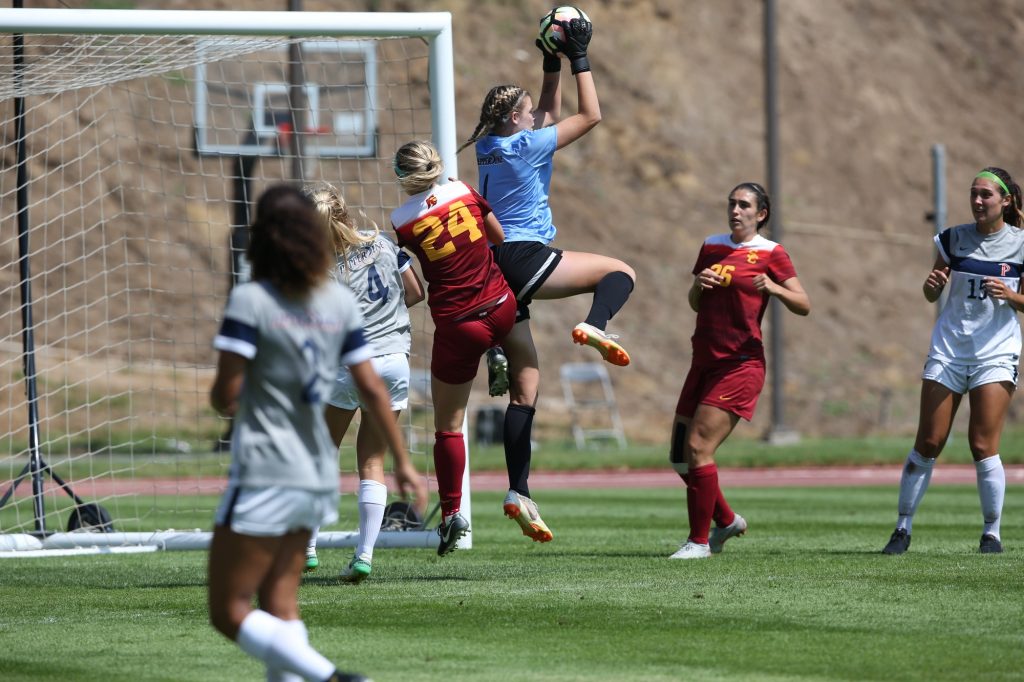 “I think we have a lot to learn,” Thomas said. “This was a humbling experience. The positive side of this is that we know what we need to work on and go out next week and fix some things.”

Regardless of the outcome, Ward is very optimistic about his team. As Pepperdine is a young team with many contributing freshmen, the transition phase will be easier as they improve in certain areas.

“We’re in a little bit of a rebuild. We’ve had two great years but we can’t live in the past. There’s a lot of talent here, but oddly enough, I think this is what our team needed. It’s a wake-up call. We need to be stronger, faster, our tempo has to be better and that falls on me,” Ward said. “It’s not a quick fix, there are no quick fixes but we’re going to implement principles that have made our program so successful the past 20 years.”

Ward commented on the players that stood out in the game along with what he feels his team needs to improve on the most after the loss.

“Brie Welch did an excellent job, she really fought. Hailey Stenberg went in and did a really nice job. There were a lot of freshmen on the field today who played well,” Ward said. “I think sometimes it’s good to get punched in the jaw, so you can say wow, what do I have to do to not get punched in the jaw again? The first half we were in the game, and that first goal by our standards was very soft but other than that we did a good job.”

This matchup was the second home game and first home loss for the Waves, but Thomas is optimistic for when the team takes the field versus the University of Indiana.