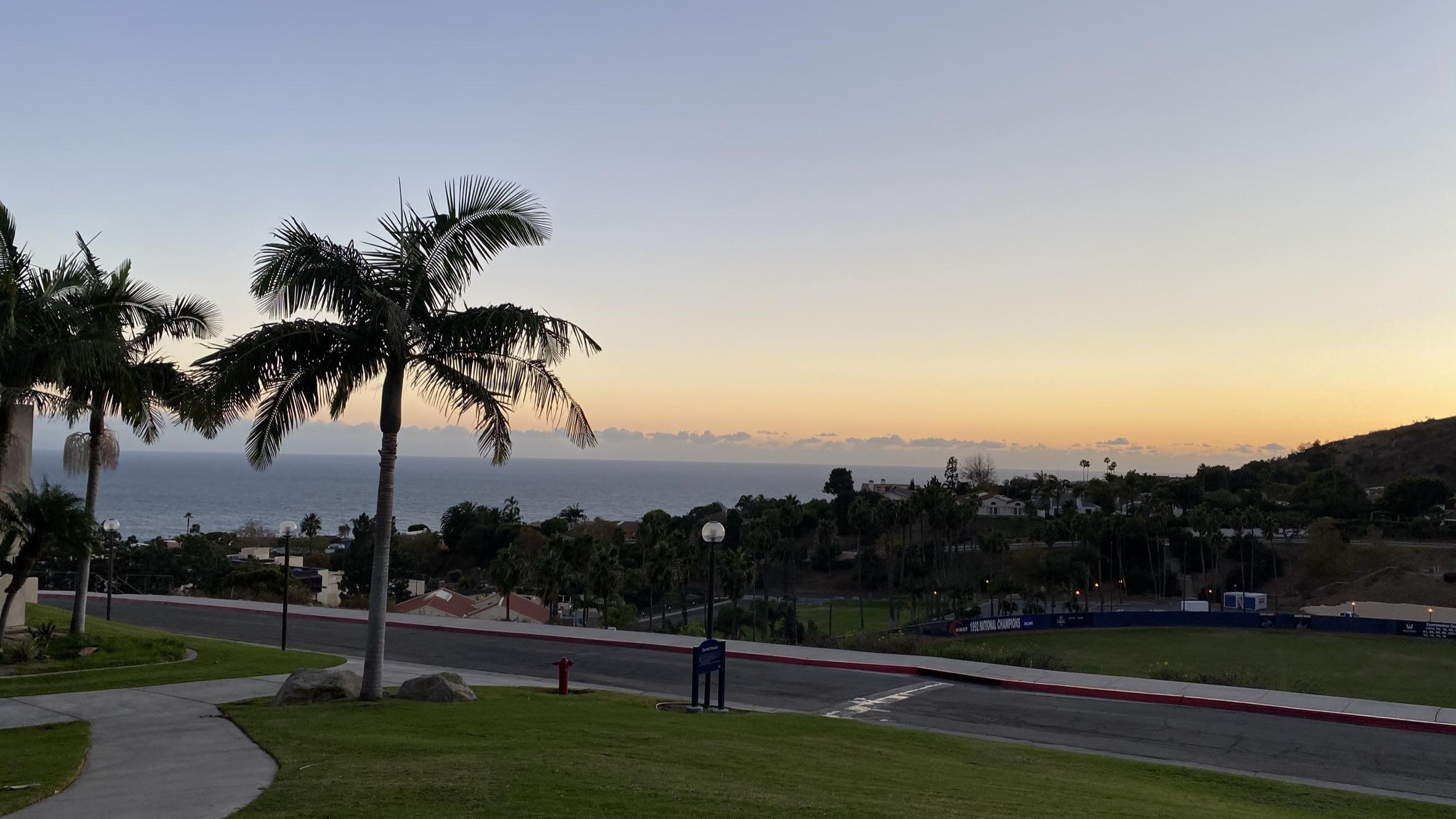 The weekend of Nov. 7–9 marked the two-year anniversary of the Borderline Bar and Grill shooting in Thousand Oaks and the Woolsey Fire. The Pepperdine community, though spread across the world due to COVID-19, came together to remember the shooting and fire’s implications on themselves, the community and others.

We learned the answers to two hypothetical questions one always hears: What would you grab in the event of a fire and how would you respond to a shocking tragedy in your community? To answer both, I realized nothing matters more than the safety and security of the people I love. Sure, I have nice things I would probably grab while running out the door, but more than anything, I learned I just want everyone to feel safe. You can replace items; you can’t replace the people around you.

I want the Pepperdine community to remember the day after Borderline. I tried to put into words that feeling, but I can’t say it better than I did that day. The following was what I posted to Facebook on Nov. 8, 2018.

“Today was rough. Today was long. Emotions were felt, tears were shed, hugs were given and friends were comforted because tragically we learned that 16 Pepperdine students were present at Borderline last night, and one, Alaina Housley, lost her life. Today was experienced through a haze of confusion and disbelief, but as today comes to an end, I am possibly the proudest I have ever been to call myself a Pepperdine Wave. Today, we worshiped. Today, we prayed. Today, we as a community came together to comfort one another in faith and friendship, and it was powerful.”

Above all else, I want us all to remember Alaina. I didn’t know her personally, but I was the RA of the house where she made some close friends, the boys of my F Suite. Hearing their stories of her and seeing the love and joy she brought into their lives always makes me smile.

I’ve thought a lot about that week and the people who were kind to me then, when I needed it the most.

My suitemate, who thought to wake me up evacuation morning so I’d have enough time to get dressed. My friends from home, who texted to see if I was OK and continued to check in and pray for me. My Pepperdine friends, who I love so much, who held my hand, who grieved alongside me, who worshiped brokenheartedly with me, who read “Harry Potter” aloud in silly voices in the Caf evac and attempted to sleep next to me in the library. Everyone who texted each other to make sure everyone else made it home safe.

The people I hardly knew who offered to let me stay with them if I needed somewhere to go. The friend of a friend who used her dad’s airline connection to help get me home. The professors who checked in and cared for us. The HRL staff who calmed me down and helped me make a plan. The people who explained the science of fires to me. Those who reached out and supported me during the aftermath. I love them all so deeply.

That week was absolutely terrible and so, so painful — and is still — but there was not one single time where I was alone, felt unloved or unsupported. I will never forget that, and it’s fundamentally changed the way I live my life.

The tragedy of Borderline and Woolsey helped me to realize the power of community. That time was devastating, but I saw people come together in a way I never had before. This brought me peace beyond all understanding.

People gathered all over campus all day long, praying and crying and hugging. All of my professors prayed with us that day, then dismissed class. There was beauty amid the devastation. As I write this, I just finished a time of prayer and reflection from 11:20 to 11:23 a.m., for the victims and their families. I can’t even imagine the holes in the hearts of all the family members left behind. Even though two years have passed, the tears still flow freely when I think of the way the events of that week devastated our campus.

When I think of Woolsey, I am able to look back and make light of parts of the day, but I’m also still very familiar with and aware of the fear that I felt.

My friends and I joke about how we were crying after the firefighter busted in to say we were being airlifted, all for it to be a false alarm. They tried to make it up to us by giving us some ice cream leftover from Jamba Juice in the middle of the night, but it felt like a small offering after the panic we had just endured. I worried about so many people on campus. I worried about everyone who had been in the shooting just two nights before. It was a mess. The following day, I remember ash falling from the sky and it feeling like an apocalypse. My friend offered to give me a ride off campus — I had no idea where I’d be going — so I threw a couple sets of clothes into a bag. Little did I know that just a few hours later, I’d be back home in freezing Colorado, with nothing more than two long-sleeve shirts to get me through a full week and a half. I went to my friend’s house in Santa Monica before that, and he showed me so much kindness. He let me shower to get rid of the smell of smoke — even though my mom claims I carried that smell all the way to Colorado — and made me breakfast. I hadn’t even begun to process what had happened at this point, but just having someone there to take care of my basic needs at the time meant the world.

The first year since the incident might’ve been the worst for me. I’d never gotten to spend time with Alaina; in fact, I remember we had casually talked about binge-watching a show together, and I was really excited to get to know her.

Borderline happened a few days after we had had that conversation. The first year was full of a lot of confusion and what-if’s. I had to navigate what I saw as unnatural death in such close proximity to me for the first time and try to understand how a person could just be gone. Even bigger than that, I had known the people close to her better than I had known her, and seeing those individuals try to navigate such a painful experience was — there’s a lack of words for witnessing that kind of loss in someone else’s life.

I learned a lot about how the incident had impacted me in the second year. I processed traumas and phobias I didn’t know I had been left with, and I can proudly say that with that self-reflection and dedication to receiving psychological help, I’m in a much better place now. I hope that kind of relief and peace has been found for those who hold that pain.