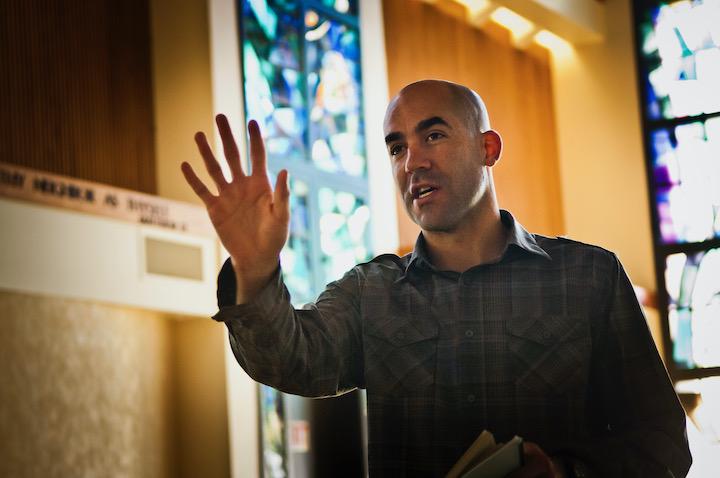 On March 18, Seaver Dean Michael Feltner announced in a community-wide email that Paul Begin would continue serving as the official associate dean for Curriculum and General Education at Seaver College. Begin served as the interim dean since fall 2019 and now will continue the position.

“I just feel really fortunate to be here, and to be doing the work that I get to do,” Begin said. “I don’t know what would be better actually.”

Begin went through several interviews with the Seaver College cabinet and the Student Government Association and completed a public presentation to faculty and staff before the University selected him for this position. Begin will continue serving as interim dean through July 31, 2021, and his three-year term will begin Aug. 1, Feltner wrote in the email.

When Seaver created the position of associate dean for General Education and Curriculum in fall 2018, Begin said he was a divisional dean of Hispanic Studies and was enthused about the position because he was happy to see someone start overseeing the general education program as a whole.

“I was really excited to see this role, especially in an environment where we’re increasingly looked at for how we’re doing assessments and how we’re monitoring the quality of our programs,” Begin said. “I think it was a good move by Dean Feltner to create a position for somebody to tend to the bigger picture of the GE.”

As associate dean, Begin said he wants to see more variety in the GE program, as well as more flexibility in the GE’s students can take. In addition, he might want to see the number of units required to graduate slightly reduced and to see more courses about society.

“There’s not a lot about just citizenship and I feel like given the last four years that we’ve gone through, whether you’re a Trump fan or not a Trump fan, what makes a good citizen is a question we should all be asking ourselves right now,” Begin said. “And how we can participate in democracy – I was kind of surprised we didn’t have as much of that in there.”

Junior SGA President Chase Johnson participated in the interview process for Begin and said he liked Begin’s experience in the role since he was interim dean and his research on Pepperdine’s GE program.

“It was really nice to see that he had compared our GE program to that of other schools,” Johnson said. “He had a lot of really good ideas about how we can improve our GE program here based on what’s working at other institutions.”

Begin worked as the co-chair on the General Education report for Seaver College, which was a preliminary report on the current GE program at Seaver, meant to be suggestive, rather than prescriptive. The last time there was a slight change in the GE program was in 2000 –– when students no longer needed to take a physical education class and instead needed to take a fine arts course.

The job doesn’t come without challenges. Begin said he is concerned about achieving unity among faculty members for the policies he wants to implement.

“As faculty, we often work as sort of free agents so you have a lot of different views, and you’re trying to find consensus among those many views,” Begin said. “You’re having to work with lots of strong views.”

Begin has experience with curriculum changes at Pepperdine. When Begin was divisional dean, he helped revise the curriculum for the International Studies and Languages department for four out of the five majors.

“That’s where I really got into curricular design, and you know how you change curriculum,” Begin said. “I loved getting a bigger picture view of the university, and I really liked working with faculty in trying to help them accomplish their goals whether they were curricular goals or just personal, academic goals.”

In his new role, Begin said he wants to see the GE report come to completion. Begin leads the committee working on the project, and they will continue to work on it for as long as it takes.

“My hope and goal is for us to stick together for another year or year and a half, and to take the information we’ve gathered to make proposals, and to get those proposals passed by the faculty,” Begin said. “Then my job is to work on the implementation of it all.”

Begin said he looks forward to putting together potential options for GE changes for faculty to review by fall 2021 and talking to students about the value of general education.

“I’m gonna do the job the best I can and I hope it goes well,” Begin said. “I am fired up about it, I mean there’s just so much to love about working here.”