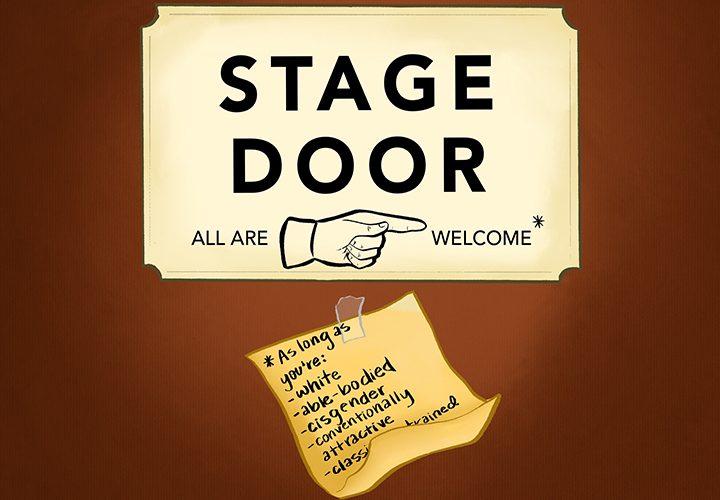 After months of protests, U.S. police are still shooting Black children and adults in the back, and racism plagues most areas in the country. Shouldn’t theater, an industry famous for its inclusivity, be a safe space for POC to express themselves?

Sadly, the theater landscape is also in desperate need of permanent change.

POC from the Pepperdine Theatre Department sent a similar statement to faculty with demands ranging from hiring more POC faculty to casting based on talent rather than race.

It is past time for theater spectators and contributors to take accountability for the discrimination happening on campus and around the country.

One way people could claim diverse representation is not a problem at Pepperdine is by pointing out that senior George Preston IV — an African American male — has starred in multiple shows over the past three years.

Yet, in Preston’s experience, he said tokenism, white privilege and, yes, racism are still prevalent.

On her Facebook profile, 2016 graduate Tasia Jungbauer detailed her experience with discrimination in the program, inspiring dozens of past Pepperdine students and directors to reply with their stories.

“I left [Pepperdine] feeling…defeated like my school didn’t believe in me or my ability,” Jungbauer wrote. “They didn’t want to test the waters, to trust a black woman to lead the show, unless the role asked for POC specifically.”

Jungbauer graduated four years ago, yet many of the same problems persist: There has not been a Black female lead in years, Preston said.

Though the department cast Preston in several major roles, he said students accused him of only landing the parts because he was Black.

Statements like this are largely problematic since they denigrate Black achievement and talent.

“[Reading Jungbauer’s post and its comments] was crazy to me because everything just became so universal,” Preston said. “I was like, ‘Wow I didn’t just go through this, this guy who I looked up to before I got there — who graduated and became successful and is performing professionally — he went through this.’”

When the fall 2019 musical, “Ragtime,” was announced, there was an “uproar” in the Theatre Department, Preston said. Set in the early 1900s, “Ragtime” highlights racism and includes one Black lead role.

To Preston’s knowledge, students thought the school should’ve chosen a more fun show rather than one with heavy topics that made them uncomfortable. Preston said he and other Black students felt “alienated” because white students blamed the choice on them, even though they had no influence in the decision.

While the show succeeds in depicting raw racial injustices, it is far from an exemplar anti-racism show; its script perpetuates a harmful white savior narrative.

White savior tropes spread the inaccurate message that POC can only progress in society at the hands of white people. In making white people feel better about their historical ties to racism, the many Black people who have overcome adversity on their own merit are neglected. “Ragtime,” which has two white leads and one Black lead, is one of many stories that allow white performers to profit from Black people’s struggles.

The Theatre Department held a half-hour seminar to discuss the complex messages in the show, but Preston’s impression was that topics such as racial slurs were “glossed over” and not treated with the “delicacy” they deserved.

Furthermore, tensions arose between students because there were not enough Black men to fill the roles in “Ragtime.” To recruit, Theatre faculty stopped Black students walking around campus and urged them to join the show. When this proved ineffective and made Black students feel uncomfortable, Preston said he decided he needed to convince his friends to participate.

Though he volunteered to recruit, Preston said he felt pressured to be the sole voice for his race on multiple occasions.

“Black people are not monolithic; we are all different, and my opinion doesn’t cover everything,” Preston said. “That’s what the department kind of asked of me in many cases.”

While it’s excellent Preston is willing to go the extra mile to ensure stories of racial injustice are told accurately, that should not be his responsibility. Like his white peers, he should only need to worry about his own individual performance.

The @blackatpepperdine account exposed another problematic “Ragtime” incident in which a Latina woman was called back for a Black role. The director assumed the student was Black; there was no plan to rework the script to highlight a Latina woman in the role.

Out of the seven Black women who auditioned, only one was called back with the Latina student. After students expressed their outrage, the director called back all of the Black women for another shot at the role but did not apologize to the Latina woman until almost a year later when the story resurfaced on social media.

Since Professor Nic Few is the only Black faculty member in the Theatre Department, hiring additional Black faculty and implementing diversity training could have prevented this misstep.

This problem, however, is not specific to the faculty-led Theatre Department: Student organizations are also to blame. Preston was cast as the lead in the Pepperdine Student Players’ production of “21 Chump Street,” a musical that amplifies issues specific to POC, but then — out of concern Preston was receiving too many lead roles — a producer tried to have his role recast with a white person instead of a Black person.

While it is important to give all actors a chance in the spotlight, placing a white actor in one of the theater industry’s few roles created to highlight POC hardships is not appropriate. If a recasting was absolutely necessary, the role should have gone to one of the other POC who auditioned. Further, if Pepperdine made a stauncher effort to recruit non-white students, there would have been more actors to choose from.

“It was a playground for them,” Preston said. “It was crazy that they would just pass the baton [to a white person] like it was nothing.”

After this incident, the project never made it to the stage. Preston never received an apology.

“[Until @blackatpepperdine highlighted the ’21 Chump Street’ incident,] I forgot about it happening, and it was so problematic but like I just moved on to the next thing,” Preston said. “That’s what we’re conditioned to do.”

Preston’s words are similar to former National Basketball Association Coach Sam Mitchell’s remarks following the Aug. 24 police shooting of Jacob Blake: “[Racism] happens all the time. […] It happens so much … you kind of get immune to it, you get used to it.”

Though the stakes of police brutality are deadlier than theater, discrimination of any kind can inflict long-term trauma. Additionally, overlooking some instances of racism prompts spectators to believe they can get away with more extreme acts.

Black people are forced to be resilient in a way that white people are not. Any non-Black individual who does not reflect on and improve their behavior is complicit in America’s racial divide.

How can Black creatives be given the same playing field as their white counterparts?

First, Pepperdine needs to listen to the demands outlined in Preston and his peers’ letter. Though it appears the program has every intention of doing so, we must ensure its promises result in tangible action.

Moreover, the burden of this problem does not solely lie with administrators: Students are also part of the problem. Preston even said it falls slightly more on the students.

Preston said he worries pushback from students is inevitable but believes effective dialogue between all players will help empower Black performers.

Gossip, on the other hand, can quickly turn to racism. Stop accusing POC of only getting large roles because of their race. Don’t question why multiple POC are cast as leads. Amplify Black voices, attend shows that depict racism, be critical of white savior rhetoric. Sign the “We See You, White American Theater” petition, and join its authors in demanding change for POC theater-makers today.

Above all, remember this problem is bigger than one show; change implemented today sets the stage for a better tomorrow.

Listen to more of the conversation with Preston below.

Opinion: Don't Feel the Pressures of Figuring Out Your Life's Purpose So Young 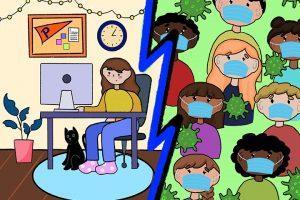