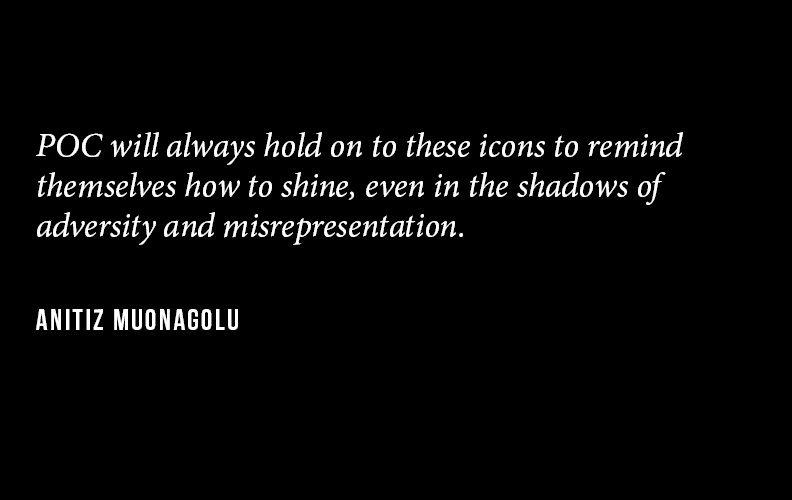 Even though the U.S. is a nation of many diverse backgrounds, the media doesn’t always paint the complete picture. Movies, music and other areas of entertainment are heavily white-dominated. POC pop culture icons and stars let others feel included, improve their self-worth and allow them to see themselves in a positive way that the media may not portray.

In the Black community, stars and idols such as Beyonce, Megan Thee Stallion or Samuel L Jackson shine as symbols of strength and determination in their fields. For instance, Beyonce entered the music industry when it was not only dominated by white people but, more importantly, by white men. Now, she is the foremost authority on African American and women empowerment. She is a walking testament to “Black Girl Magic.”

Many criticized Megan Thee Stallion and her latest song “WAP” for using the same language that male artists have used for decades. She holds her ground and proudly stands up for herself and the Black community, inspiring others Black individuals to feel confident and seek equal praise or scrutiny in society.

Some actors can even help restore a sense of culture that was previously seen as lost. Chadwick Boseman, star of the hit Marvel movie, “Black Panther,” is a prime example of this; while supporting Black empowerment, “Black Panther” reversed typical movie tropes by writing the majority of the roles for Black and African actors. Moreover, the outsider comic relief role was given to a white person rather than a POC.

Furthermore, “Black Panther” connected many Black people to a piece of African Culture often left out from white-led films. The villain, played by Michael B. Jordan, teaches` those of African descent that being born in the U.S. doesn’t close off their origins and it shows the diaspora of African people.

Sadly, Chadwick Boseman’s life came to an end on Aug. 28 after a four year battle with colon cancer. Even in his death, Chadwick Boseman will continue to inspire those in the Black community to identify with their African heritage, be confident in their skin and believe in “Wakanda forever.”

Declared the second-highest-paid actress in Hollywood with over 43 million dollars in 2019, Sofia Vergara sports a heavy Columbian accent that normalizes Spanish and non-traditional formal English. In the music industry, Ricky Martin, king of Latin pop, and Selena, queen of Tejano music, earned much praise for their musical careers.

With the wide-spread enthusiasm surrounding K-Pop icons, it’s hard to believe Asian people weren’t always given opportunities to be stars. At first, actors like Li Jun Fan, also known as Bruce Lee, and Jackie Chan were the only well-known Asian stars in America. Lee’s disappointment in the lack of Asian roles in the U.S. inspired him to create his own film, “Fists of Fury.” Its success launched his career as an action movie star and eventually paved the way for Jackie Chan.

Unsatisfied with being a Bruce Lee replacement, Jackie Chan focused his talents on combining his martial arts ability with light-hearted comedy that didn’t focus on negative Asian stereotypes. Now, people of various Asian cultures like Wonho and Harry Shum Jr. demonstrate that Asian entertainers can be complex and appeal to various audiences.

Without POC icons, a large portion of the U.S. population is unable to see themselves represented in mainstream media. Hollywood and all forms of entertainment need to improve how they cast and depict POC and other minorities by creating characters that reflect the world around them. Even if these issues are solved overnight, POC will always hold on to these icons to remind themselves how to shine, even in the shadows of adversity and misrepresentation. 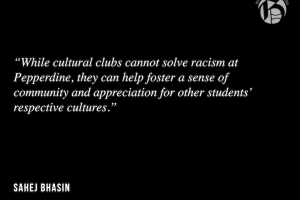 Pepperdine's cultural and identity clubs are home to underrepresented students of color on campus. Although there are 28 of these...
Copyright 2013 Jupiter Premium Magazine Theme
Back to top