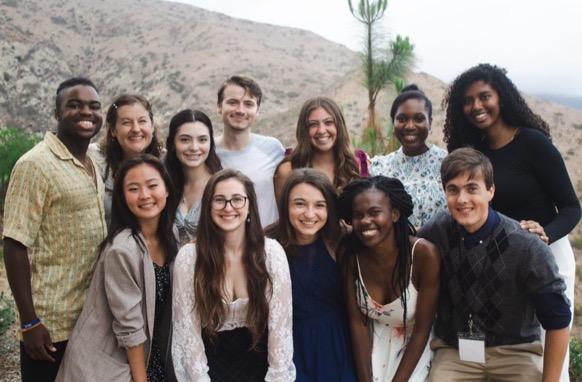 Pepperdine is housing a record-setting 2,500 students on the Malibu campus for the fall 2021 semester, leaving Housing and Residence Life with challenges and triumphs.

The historically large population of students living in residence halls forced HRL to find unique ways to expand capacity, and COVID-19 safety concerns create additional obstacles. Still, Resident Advisors and Spiritual Life Advisors, such as junior Towers RA Mia Zendejas, said they are dedicated to fulfilling their roles as mentors and support systems for their peers.

“It’s just a really cool time to be there for people and try to build community after not having that for a long time,” Zendejas said.

Handling the Overflow of Students

HRL accommodated all upper-level students who submitted their on-campus housing applications by March 2021, Director of Housing Operations Robin Gore wrote in an email. For those who applied after the March deadline, however, HRL could not house them all.

HRL sent juniors and seniors who could not get housing on campus a list of resources to aid in the search for off-campus housing, such as “Pepperdine-negotiated room rates” for nearby hotels, affordable apartments, links to Facebook groups to find roommates and a University-run form to match students with off-campus roommates, Gore wrote.

For those living on campus, RAs and SLAs have the responsibility of guiding, supporting and looking out for students in any way they can. Timothy Jackson, a sophomore RA in Towers, said he has already seen the disconnect among first and second-year students because their housing is abnormally scattered around campus.

“It’s really just an adjustment of trying to figure out ways how we can have those 1,200 students really bond with each other,” Jackson said. “Because that’s a main goal, especially [since] it’s their first time being on campus — and then we also have, like, a second-year freshman class. I haven’t been on campus either, so it’s just balancing those two.”

To bring together first-year students who are not in traditional first-year housing, sophomore Towers SLA Maddie Beadle said she partnered with junior Towers RA Caelan Fraschetti to dedicate themselves specifically to first-years. In addition, Beadle said the first floor lounge of Towers will be open exclusively to first-years to more easily meet people in their class.

Despite the overflow of students in HRL, Gore wrote, the housing requirement for first and second-years remains for the fall 2021 semester to aid in creating community. RAs and SLAs will make a conscious effort to reach out and “engage them in first-year programming.”

Zendejas said issues between roommates is a challenge during a normal year, and for the fall 2021 semester, roommate switches will be reserved for extreme cases due to logistical challenges. As a result, Zendejas’ skills in helping students find common ground are crucial because COVID-19 safety disagreements add an extra layer to the more common challenges of living with another person, she said.

The potential risk of a COVID-19 spread in residential housing has been a major concern within HRL. Unvaccinated students are housed in the same buildings as those who are vaccinated, and students have a choice to let roommates or suitemates know their vaccination status, Gore wrote.

HRL has taken appropriate action against the spread of the virus by enforcing county-recommended COVID-19 cleaning, testing and isolation protocols, Gore wrote.

In the best interest of student health and in consideration of on-campus housing limitations, Gore wrote, the University brought trailers to Rho parking lot where students can quarantine if they test positive for COVID-19. This way, wrote Gore, the already-packed residential buildings will not be impacted.

Due to a general unfamiliarity with Pepperdine’s campus because of the disruption of the COVID-19 pandemic, this year’s RAs and SLAs said they often rely on one another to understand campus life better.

Pepperdine shut down the Malibu campus in the middle of Zendejas’ first year due to COVID-19, so she said learning the campus when she came back was a challenge.

Zendejas said she is grateful to HRL for familiarizing RAs and SLAs with campus departments, building names and locations as well as events and traditions, so they can be equipped to answer students’ questions and feel comfortable being on campus themselves.

Because Beadle is an SLA, she said she feels her residents who are also sophomores hesitate to open up to her. She said being an SLA can take away from social opportunities such as the Year 2 Welcome, where instead of participating in games or activities as a sophomore student, Beadle was there as an HRL leader.

“Being a sophomore and not having a freshman year, this is my time to build connections,” Beadle said. “And I feel like it’s very, very, very difficult, especially with people in my class who are not RAs and SLAs.”

When reflecting on training, Beadle, Jackson and Zendejas all said they feel prepared to handle situations of crisis such as using CPR or helping people experiencing suicidal ideation, sexual assault trauma and conflicts.

The bond among SLAs and RAs is an aspect of the role Beadle said she did not expect but cherishes every day. Without that support system, she said it would be much more difficult to enter a position of leadership as a sophomore who is new to campus.

“It’s this group of people who are so completely different,” Beadle said. “But we have this common goal of protecting each other and trying to protect our building and make sure that everything is OK.”

Get to Know the Paws of Malibu 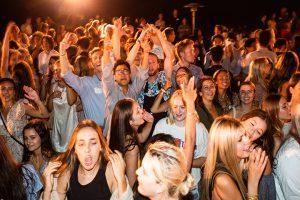 The Class of 2022 dances the night away Sept. 1 at Rock the Brock, sponsored by Seaver Alumni Relations and hosted by President...
Copyright 2013 Jupiter Premium Magazine Theme
Back to top